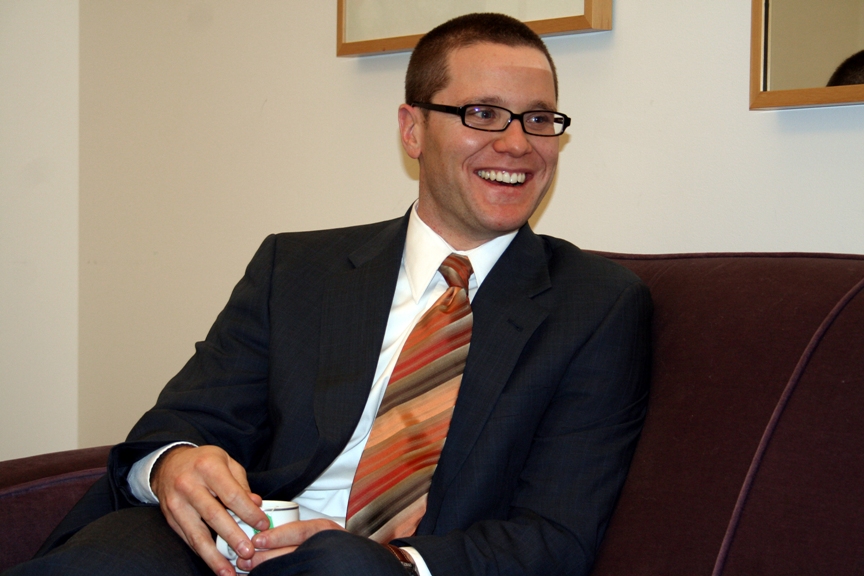 Tomás Jiménez grew up in Santa Clara talking immigration at the dinner table. He and his two brothers were raised by a father who entered the U.S. as a migrant farm worker and a mother who was the granddaughter of four Italian immigrants. “As with most people who become social scientists, biographies are the root of intellectual curiosity,” he said. Find out more about him below.

Q. What is your favorite word?
A. Loveit. It’s a conjunction I made up. There’s a whole inside joke behind it, with a friend.

Q. What comforts you?
A. When I see true democracy, and I mean that in the broadest sense. When I see people of different racial and ethnic backgrounds engaging in some sort of cooperative effort.

Q. What do you find beautiful?
A. I find my wife very beautiful.

Q. What worries you?
A. That there are far too many people who are in many ways engaged and rooted in American society, but don’t have the opportunity to fully participate because of their legal status.

Q. If you could live in any time, past, present or future, when would it be?
A. I would live in this time. There are a lot of things that are scary about living in this time, but, especially after November 4, it’s an incredible time to be an American.

Q. What profession would you like to practice in your next life?
A. Shortstop for the San Francisco Giants.

Q. What is your fondest childhood memory?
A. Playing catch with my brother. We were jocks. We felt free and fun, and we still do it when we go home.

Q. Which teacher or professor if any changed your life?
A. My fourth grade teacher, Lindy Mateas. I was a screw-off until fourth grade…. She said she thought I had some abilities, that I was really smart, and that I could do much better. That completely changed how I saw myself.

Q. Who is the one person living or dead that you would want to have a beer with?
A. Martin Luther King, Jr. When I was a child I wanted to have a glass of milk with him, but now that I’m of age, I’d have a beer, if he drinks beer.