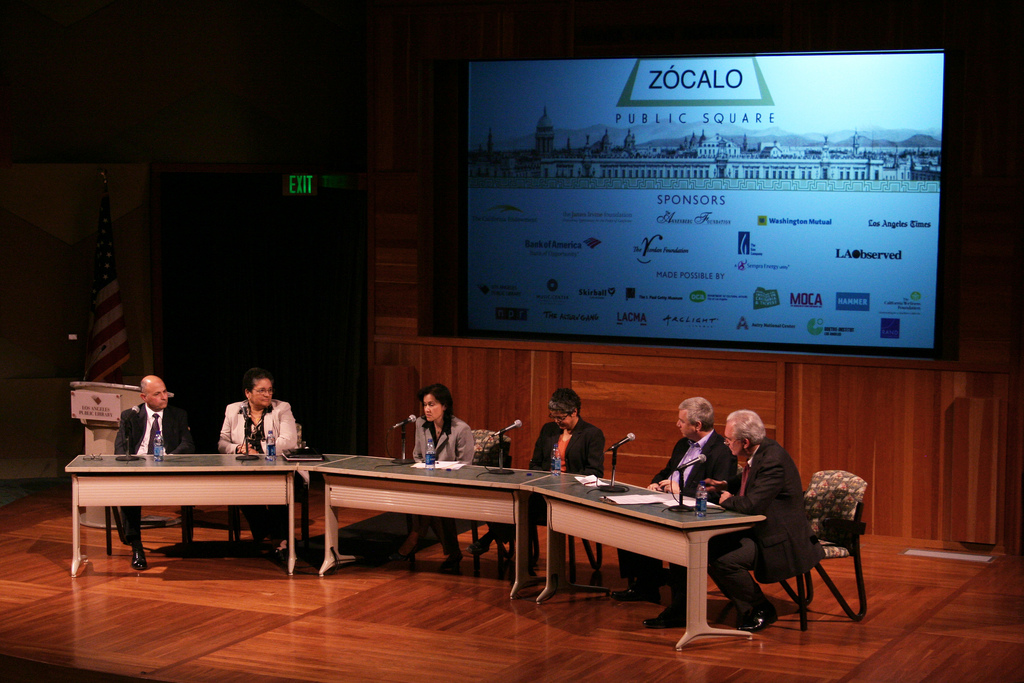 It’s not easy being a non-profit.

Moderator Paul Vandeventer, president of Community Partners, launched Zócalo’s panel on non-profit survival during the economic crisis with sobering statistics, while many in the full house jotted notes: Private foundations have seen their portfolios sink by 30 to 40%. Forty-four states are facing budget shortfalls, and half of them are planning cuts in social services and healthcare. One estimate predicts up to 10 million Americans will fall below the poverty line.

Non-profits are feeling the pain. In a survey of 260 organizations by the Center for Nonprofit Management, half reported that donations have sunk, and nearly half said foundation and corporate support are declining. A third noted that government support was down.

But despite those figures, the same survey showed that 80% of non-profits are actively seeking new sources of funding, new board members and other options, while fewer than half are plotting cuts and service reductions. In Vandeventer’s words, more nonprofits are “hustling,” and fewer are “hunkering down.” The panelists – including the Weingart Foundation’s Fred Ali, California Black Women’s Health Project founder Frances E. Jemmott, United Way’s Alicia Lara, Yolanda Vera, a health deputy to Mark Ridley-Thomas, and USC’s Adlai Wertman – joined him in discussing how best non-profits can do that hustle. 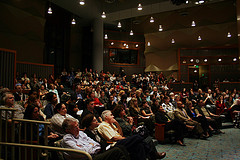 Those who work in the nonprofit sector – including most of the audience – are often driven by a sense of purpose. “My worry is that the panic of the day-to-day demands of how to pay the bills, how to keep your staff running will cause us,” Vera said, “to walk away from answering that call.”

Jemmott and  Lara also emphasized that fear could hurt nonprofits as much as economic circumstances by distracting organizations from their work, their history of accomplishments, their partners and their mission. “My hope is,” Lara said, “that in an effort to protect ourselves, we don’t throw each other under the bus.”

But it was Wertman, a former investment banker (an acknowledgment he followed with, “you can throw your shoes now”) who offered the most concrete reason for hope – and won the most applause from the crowd. “Don’t believe that people are out of money,” he said. “The guy who had $200 million and saw his portfolio fall through the roof to $140 million will use this as an excuse to not cut a check. Don’t let them get away with it.”

Wertman was a little less inspirational later, when he noted that to survive, some nonprofits will have to merge, often simply to survive, and others will have to go out of business. “I trust your hearts. I do. I trust you’re in this for the right reason. I’m not necessarily sure I trust your heads,” he said. “If you’re saying, my yoga-for-14-year-old-girls is better than your yoga-for-14-year-old-girls so I want to open a studio down the block, that doesn’t work.”

Other panelists emphasized the most important role of non-profits – not for youth yoga, but for keeping an eye on the public sector. Vera noted the value of public-private partnerships, and Lara said that non-profits are uniquely adept at holding government accountable. For Jemmott, some of the best non-profits simply don’t require policy support, like Alcoholics Anonymous, which works with courts and rehab centers, and encourages people who need services to deliver those services as well. “They’ve got a model that works,” she said. “You just need to imitate corporate America, and find efficiencies in our way of working.” 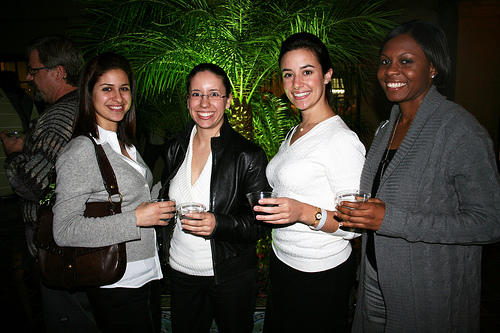 Imitating corporate America, it seems, means talking like them, and talking to government, loudly, for help.

“You have to make your case. You have to demonstrate the value you are providing to your community,” Ali said. “Our bottom line [as a foundation] is looking at the value provided.” Vera also echoed the importance of efficiencies: how to integrate services, partner with other organizations, and focus on strengths. Lara and Vandeventer added, in response to questions from non-profit board members in the crowd, that boards should get involved, not only in active fundraising but in the creative direction of their organizations.

Wertman, in response to an audience question about why arts nonprofits get the least funding, noted the importance of self-promotion. Other panelists echoed the need for advocacy, which many non-profits fail to do. “We have to be louder,” Wertman said. “Why are they bailing out the auto industry? They’re really loud. Of course, they bought their access to government, which is different.” 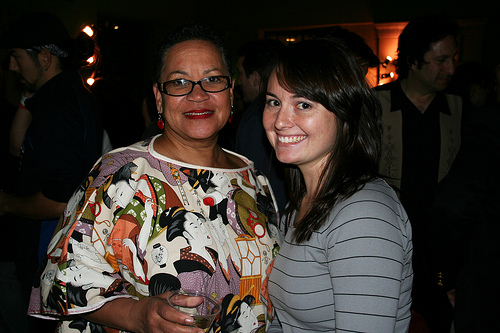 Non-profits should build relationships with political leaders, the panelists said, at city, county, state and federal levels. That means getting a piece of the stimulus package. Ali suggested that non-profits need access to capitol as much as the for-profit sector (to big applause). Wertman proposed projects that are “shovel ready” when the money starts flowing and foundation loans (Ali admitted that many foundations, including his own, either are or would consider it). And Jemmott emphasized the need to support allies in government (like Vera).

Ali also noted that his foundation was planning to increase its core support for infrastructure and general administration purposes – even as he noted that some foundations should stick to specialized purposes, particularly those funding long-term medical or environmental research. “For those who’ve run these [non-profit] organizations,” he said, “what we treasure most is unrestricted funds.”

Lara agreed, and said foundations should cooperate closely with non-profits to survive the downturn.

The panelists were split on the forecast for new non-profits, however. In response to a question from one non-profit consultant in the crowd, Jemmett said her group would consider offering seed money, and Wertman mentioned venture philanthropists who have “more money than there are ideas.”

But Lara said that new organizations tend not to be prepared for tough questions, and ask for “incredible amounts of money” though they “have no business doing that.” Ali said that his foundation wouldn’t likely offer core support funding to new organizations. He noted that many new nonprofits don’t call him with a new idea, but rather an old one on which they refuse to collaborate.

“People want to control the process. They want to control their organization,” he said. “That’s what has stood in the way for years of the kind of efficiencies we could gain in the sector if we let down our turf wars and simply cooperated with one another.” 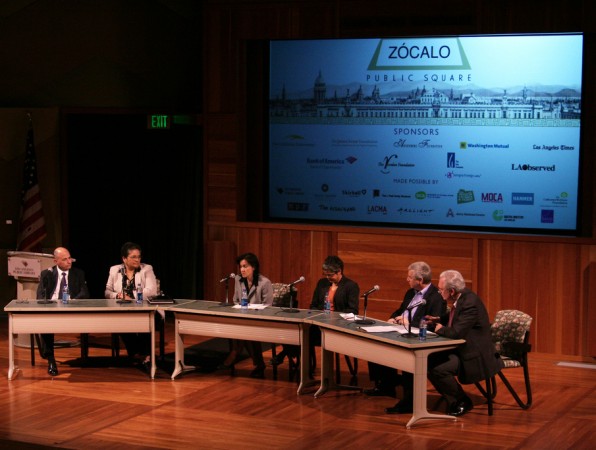