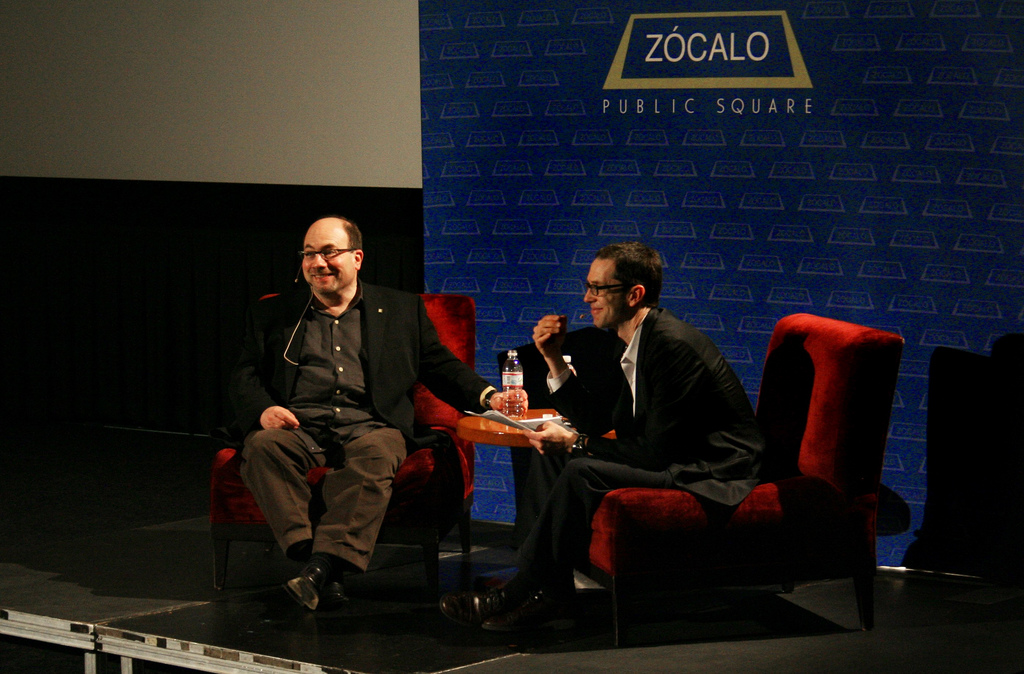 Craig Newmark may be an active Twitter-er, Facebook user and blogger, but on the site which bears his name, he’s not much of a presence.

Besides selling a bed (“when I got to enjoy the amusing spectacle of someone fitting a bed in a car”) and some electronics on craigslist.org, Newmark has kept away for years.

“I sometimes hesitate to use the site,” he said in response to a guest’s question, “because while it’s not a conflict of interest, it kind of feels that way.”

Newmark came to the Arclight Hollywood for his second Zócalo/New America Foundation event in two nights (the first is here). He chatted with moderator and Los Angeles Times editorial writer Jon Healey about how craigslist grew, and how its brand of mass Internet-based participation could transform the way our country runs.

City by city, apartment by apartment

Craigslist grew from an email list serving San Francisco to a website hosting commercial and social interactions for over 500 communities in dozens of countries. The site expands organically, Newmark said, as cities request to be added to the site. Some grow more quickly than expected. Hawaii and Las Vegas, Newmark said, became active quickly but the “fairly high-tech” communities of Toronto and Austin got a slow start. Newmark suggested one city for the site himself – Ramallah. “It’s not being used a great deal right now, but as Internet usage grows in the West Bank maybe it will be,” he said. 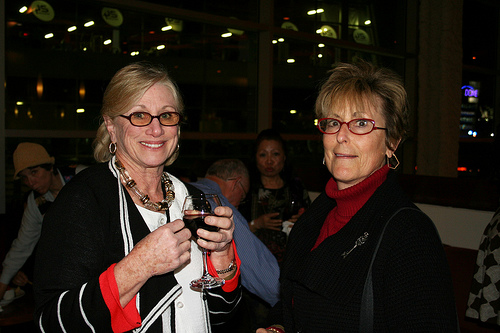 Craigslist also expanded organically from posting apartments to selling everything and offering every kind of social interaction – to the point that one audience member managed to live entirely off the site, including food and shelter, for a month. (Housing is still a big draw – almost a third of the crowd raised their hands when another audience member asked how many had found a place to live on the site.) New services, Newmark noted, were also added according to suggestions from users and only occasionally from craigslist’s small staff. “Every now and then, we’ll think of something smart,” he said, mentioning his and craigslist chief Jim Buckmaster’s idea to post babysitters to help out single parents.

The ad model was also a community effort. “Before Jim came, I asked, what’s the right way to pay bills,” Newmark said. “People said to charge people who already paid too much for less effective ads.” The site refrained from ubiquitous banner ads, instead only asking that some real estate and job listings be purchased.

Craigslist emphasizes local communities, “the smaller, the more intimate,” Newmark said. But, he noted in Q&A, he has given up trying to define the concept of community, though he offered a good criterion: “If people feel connected to each other, then it’s a community.” His site, he said, is “just reinforcing the idea that people can be connected with each other through this electronic means. Electronic connection is not a substitute, is not as good as face-to-face, but it does work.”

Craigslist is slowly launching search functions that aren’t locally limited. And Newmark is also intrigued, as he noted in Q&A, with the possibility of mapping broader trends by their appearance on craigslist, though he hasn’t worked out the privacy or technical issues that would raise. Despite the local focus, it seems there is a sense of a craigslist community that transcends location thanks to the site’s reliance on user feedback.

“People who use the site participate in running the site,” Newmark said. “I have no vision, but I do have some limited ability to listen.”

The participatory functions on craigslist – which include community policing in the form of flagging and voting down inappropriate content – is “a form of democracy,” Newmark said. It works on craigslist, Healey noted, because craigslist users want to participate, whereas the same isn’t always true of our actual democracy. 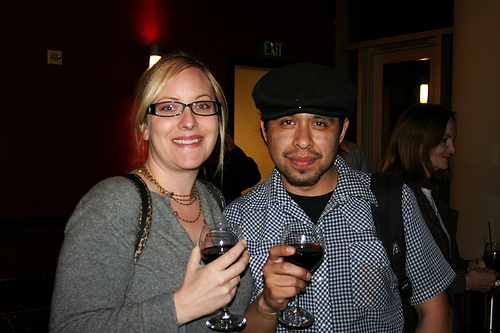 Newmark put that point into perspective: Like craigslist, Wikipedia has willing participants, but they still make up a small number of its total readers. Ten percent or less update articles, Newmark estimated, and only one percent seek to write articles. “Maybe that applies to the running of a country,” he said. “Most people, including myself, aren’t that interested in politics. We don’t want to be bothered. I’m a couch potato. I still have some questions about the ending of ‘Battlestar Galactica.'”

Newmark is, however, interested in what he called “metapolitics.” “I care about the process. I care about extending the vision of the Founders of representative democracy into grassroots democracy,” he said.

Still, Newmark said, he has hopes for government participation on a mass scale. “This is a first, I feel, in all of human history, where a fairly good system of representative democracy is being complemented by networked grassroots democracy,” he said.

Some efforts are already pushing the country in that direction. Many nonprofit organizations are posting campaign finance data online, he said, mentioning some of his own efforts, including one to post Senate campaign data, currently stalled by some politicians. Despite the setback, Newmark is optimistic that even though political pros are growing savvier about the web and using it obscure rather than to reveal, the Internet is pushing toward transparency. “The more transparency, the more bad guys will suffer from self-inflicted wounds,” Newmark said. 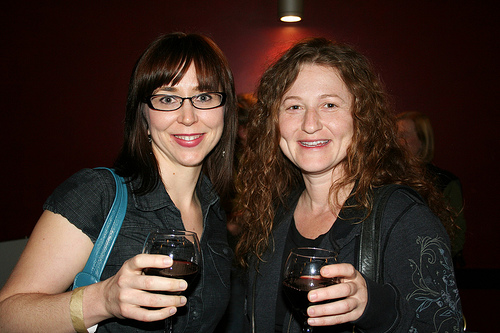 In the government sector, Recovery.gov lets everyone see how the stimulus efforts are going, and Barack Obama’s just-launched Open for Questions site lets users submit and vote on questions that Obama will then answer.

Still, it’s a slow start, Healey noted. Obama’s site has received an admirable 70,000 questions or so (as of this writing). But 32 years ago, President Jimmy Carter set up a phone line for a similar purpose, and had nine million callers in two hours, Healey said, “the phone being a very familiar appliance.” It might take a generation or so for the web to become as familiar – Newmark noted that “If you’ve grown up using this intimate electronic communications, it’s part of your life, and it’s going to be so in government.”

The Obama administration, Newmark said, is not only on its way to opening American government, but it’s also “pretty darn nerdy” a group. “The wonks are returning to Washington. These are people who know stuff and are serious about policy. They want to do a good job as opposed to a heckuva job,” Newmark said to applause. Newmark is doing his part to help out the new administration, including the Federal Web Managers Council, or as he calls them, “our new nerd content overlords.” How does he appeal to his fellow nerds? He joked, “I’ll put on the Spock ears because dignity is optional.” 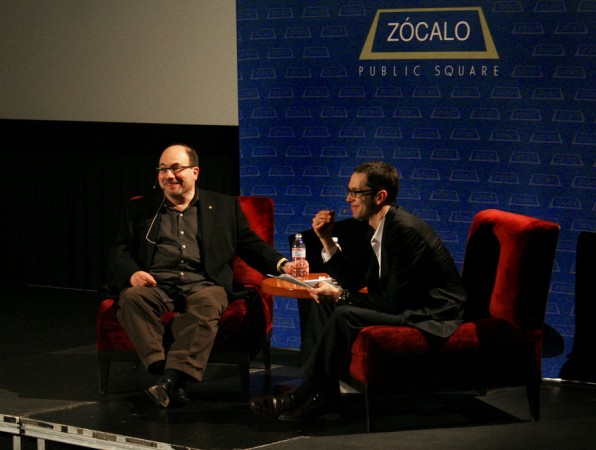