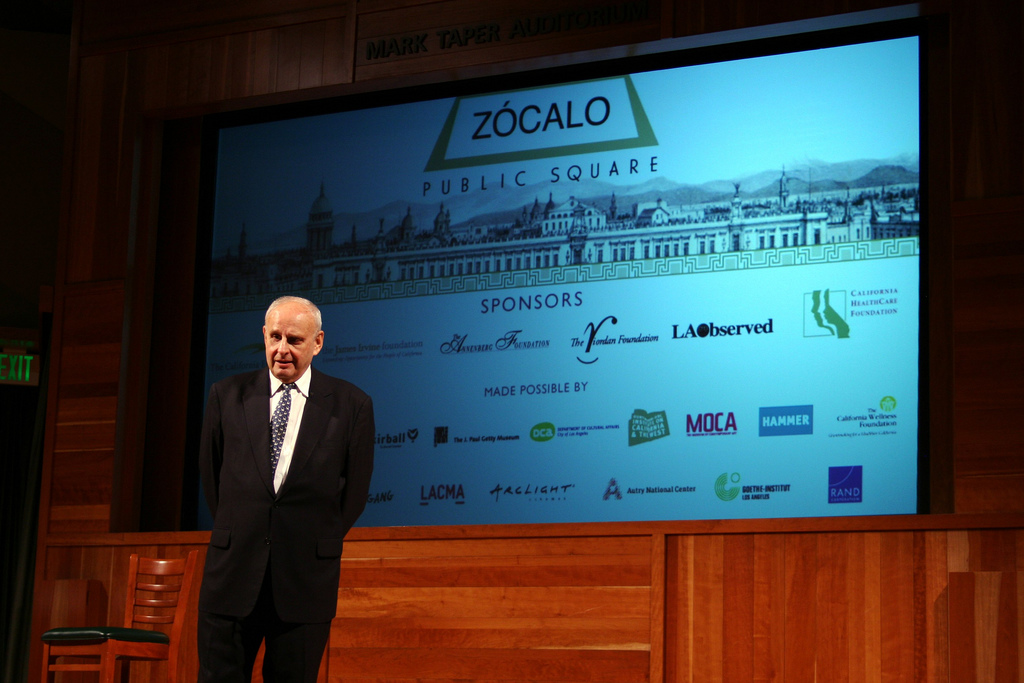 Tony Montana might have said when you get the money, you get the power. But as Leslie Gelb noted, for most of human history, it was about bows and arrows.

Gelb, president emeritus of the Council on Foreign Relations and author of Power Rules

, defined power with an archery metaphor of sorts: Imagine, pulling back the string of a bow and arrow to “where everyone could see that you were about to let it fly.” Power, Gelb said, is “something you are creating in the mind of someone else by pulling that drawstring.”

Speaking at the Central Library, Gelb emphasized that power was neither purely “soft” – that is, cultural or moral – nor was it entirely “hard”, or, solely about military might. For Americans to use power wisely, Gelb argued, we need to understand what it is, and why its application requires some common sense.

The Romans did it better 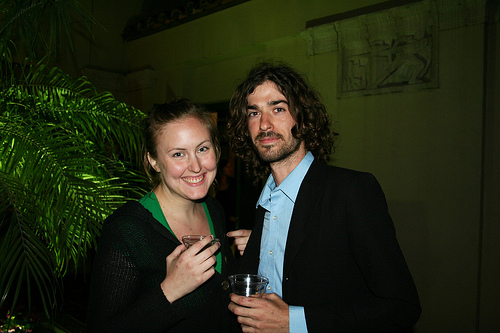 Ancient empires were wiser about power and its use, Gelb argued. Romans ruled much of the known Western world with only 247,000 legionnaires, trudging to their outer territories by foot or horse.

The man who introduced power to the modern West was Niccolo Machiavelli, and he received a lot of grief for it, particularly from the church. “In telling someone to do something, we prefer ‘law’ and ‘love,’ he said. “Power has an unfortunate ring to it. But Machiavelli’s counsel, that a leader should prefer to be feared than to be loved is still true today, Gelb argued.

Another of Machiavelli’s maxims hasn’t quite stood the test of time – that military might is the only criterion for power. It was true for centuries, Gelb noted, and “that’s what all those history books are about – the great powers fighting each other.” The wars followed a simple enough formula: “The strong crushed the weak. It was beautiful. That was world history. That was power.” 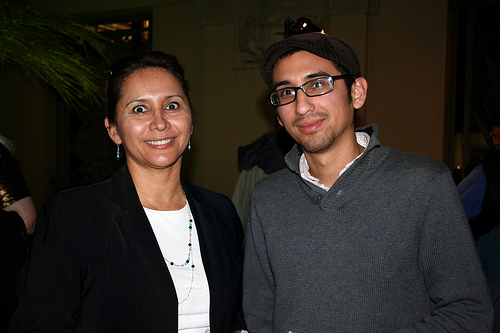 Beginning in the late 18th century, a series of instances of the weak beating the strong transformed our notion of power, Gelb argued. First, Americans fighting for nationhood defeated the British, who boasted the world’s biggest, strongest army. Shortly thereafter, Haiti too defeated the British, who were trying to save the slave trade. (And still later, Joseph Stalin didn’t dare take on Yugoslavia, the Vietnamese repelled the French and the U.S., and the Afghans held back the Russians.)

Great powers, too, started to hesitate to fight each other, thanks to nuclear weapons. “You can’t find another period in history in which great powers abstain from doing what they had always done,” Gelb said, adding, “Somehow, the principal means of exercising power in the world was changing.”

The primary way in which power has changed is that armies are less important than they once were. Economic power now plays a central role, along with diplomacy. The shift, Gelb said, means that power is slower and murkier. “When military force was at the center of power, you could have decisive action just like that,” he said. With economic power, “everything slowed down, because economic power works like the tide.”

Power is also no longer purely a game between the strongest nations. Now, the world’s problems are within rather than between countries. Internal conflicts are much more difficult to affect through international power, Gelb said. 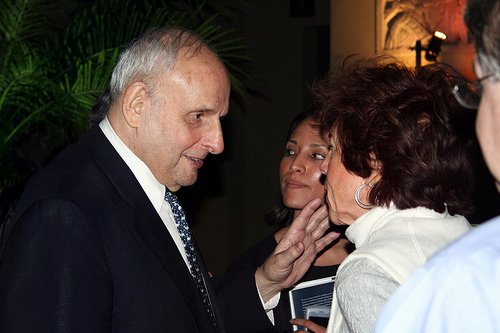 Power has also shifted geographically from the West toward Asia. But the collapse of the Soviet Union meant that there was only one truly great power, and no one was quite how the U.S. should use its position. “The left said, here we are alone at the top of the mountain, now we can expend power the way we always wanted to do it – by understanding, by eradicating poverty, by love, by leadership, by morality,” Gelb said, noting that it doesn’t quite work. Even Barack Obama’s recent trip to Europe, Gelb said, didn’t add up to an exercise of power even if it was diplomatically successful.

The right, meanwhile, focused on the military still. “They said, ‘we’re here because we have military superiority. Let’s use it. Let’s threaten people who are doing things we don’t like, and if they don’t behave, let’s go to war. It’s going to be a cakewalk,’” Gelb said wryly.

Americans still don’t know how to use power, Gelb said, primarily because we cling to misconceptions about soft power mattering more than hard, and about the world being flat, as suggested by Gelb’s sometime colleague, New York Times columnist Thomas Friedman. “I should be glad to sell one-tenth of the books he did,” Gelb joked. “You have to be profoundly wrong to sell that many books.” The world is still hierarchical, Gelb argued, and the U.S. is at the top, with about eight powers – Britain, France, Germany, China, Japan, Russia, India, and Brazil – making up a second tier of crucial partners that the U.S. needs to solve global problems.

Nor is it the post-American era, Gelb said, even though pundits hold on to the belief that American power is waning, and was stronger before. “You know who doesn’t say the American day is done?” Gelb asked to a laugh from the crowd. “China and India.” Neither of those countries leads on international issues, and both have significant internal problems that prevent them from becoming global leaders. International problems, Gelb said during Q&A, do not get solved without American intervention. 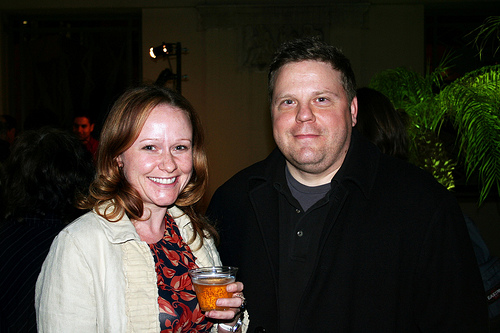 American power is also hindered by what Gelb termed “demons” – ideology and the demands of domestic politics. These, along with crises, stop us from making sound foreign policy decisions. Obama, for instance, plans to OK an open-ended conflict in Afghanistan, though we’ve learned from history not to do that. We’ve depended on Middle East oil since 1973 without any significant move to wean ourselves from it. Americans fought in Vietnam even though the intelligence showed vast rifts between communists in various countries. And John F. Kennedy claimed that the U.S. lagged behind Russia in intercontinental ballistic missiles when the opposite was true.

Nikita Khrushchev, of course, did not point out the factual error, and the world believed the U.S. and the Soviets were equals. “We gave him free power, and he took it,” Gelb said, much like Kim Jong Il and Mahmoud Ahmadinejad do today. Not only are they not the threats we perceive, Gelb said during Q&A, but Iran is actually poised to be a close American ally within the next several years, thanks to its strong middle class and the pro-American sentiment of its people.

“When I was younger I thought I might want to be Henry Kissinger. Now I want to be Sully Sullenberger,” Gelb joked, referring to the pilot who landed a plane in the Hudson. “He was a guy who actually got something done.” 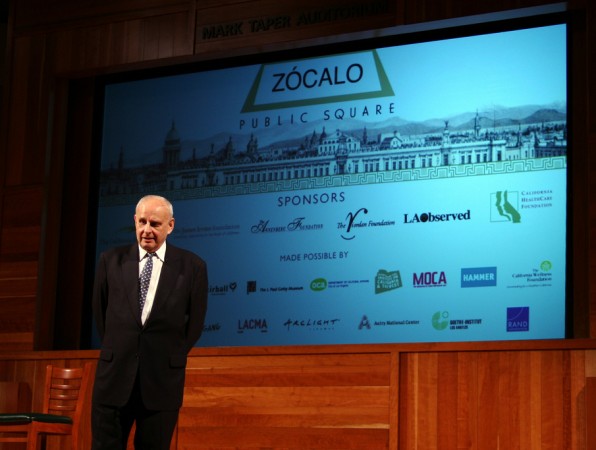