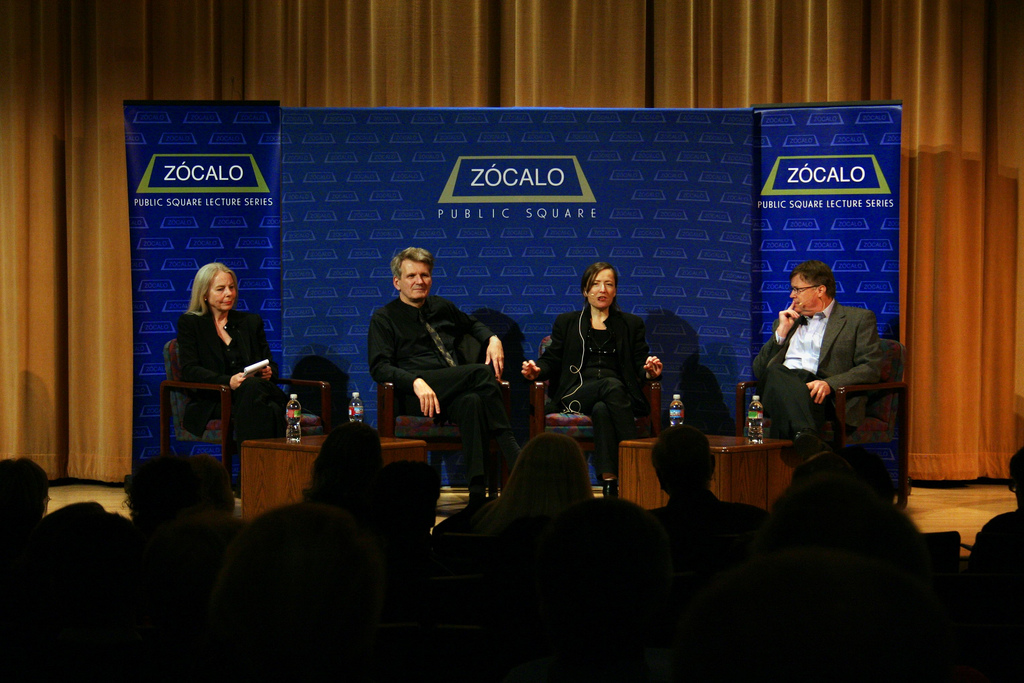 Of all American cities, Las Vegas may seem the one that most resembles a theme park. But if William Fox had to name the “first commercial theme park” of the country, the Strip wouldn’t be first in his mind.

“I always thought of it as being Forest Lawn here in Glendale,” Fox said to a laugh from the crowd at the Autry National Center. The cemetery, he noted, directly copied Italian buildings, long before the Bellagio opened.

Fox, Director of the Center for Art + Environment at the Nevada Museum of Art joined architecture professor Nicole Huber, writer and curator Libby Lumpkin, and author and architect Ralph Stern to discuss more of the parallels between Los Angeles and Las Vegas.

A tale of two Strips

Los Angeles and Las Vegas began under similar circumstances: importing water to the desert to build lush, dreamlike cities that bore little resemblance to their dry, dusty beginnings, Fox noted. An ex-Angeleno founded Vegas, naming its themed-motel-dotted strip after L.A.’s own Sunset. Los Angeles architects, like Googie pioneer Wayne McAllister, traveled to Vegas to build. In later decades, both cities experienced major real estate booms and busts and sprawl. (Real estate, as Stern put it, was no less an “extractive industry” than those other great L.A. and Vegas commodities, like gold or silver or oil.)

Both have been the sites of various planning or architectural schemes. Both cities are home to the work of star architects, debates over downtown renovations, and both are maligned for an absence of culture. Hollywood money and ideas still come to Vegas – the city had a bit of a renaissance after the “Ocean’s 11” movies, Stern noted, and movie stars invest in developments there. And both cities promise – if fall short of delivering – a sort of equality, since anyone can theoretically hit it big. “You can pull a lever and be the richest person in town the next day,” Lumpkin said. “It doesn’t happen often enough, but that is the premise.”

But the differences are sometimes glaring. Lumpkin noted that Vegas is a true one-industry town, an entertainment oasis that unabashedly took inspiration from Disneyland in the 1990s. “You’ve kept your [Disneyland] segregated. Ours is in the middle of town,” Lumpkin said to a laugh. Fox argued that Los Angeles’ architectural brilliance comes from its residential architecture rather than its public buildings, whereas in Vegas, “even the fanciest, most expensive homes tend to be really large tract houses.”

Los Angeles, he and Lumpkin said, has more cultural offerings: museums, galleries, an aquarium. In Vegas, Fox noted wryly, the only accredited zoological site is a private one at Mandalay Bay, featuring sharks. Though L.A.’s MOCA teetered on the brink of collapse, Vegas’ art museum, of which Lumpkin was director, crumbled. “The [Vegas] mayor said, ‘If people want to go see art, they can just go to L.A.’ Thank you, Mr. Mayor,” Lumpkin joked. Nonetheless, she admitted earlier, “Culturally, we are a suburb of Los Angeles.”

Both Los Angeles and Las Vegas are built on a fundamental unease with their landscape, the panelists noted. “There is a culture of importing landscapes,” Huber said during Q&A. The desert, she added, “is seen as a canvas on which you can project whatever city you desire.” As Stern noted, Las Vegas seeks to make itself into any other place – from the Strip hotels mimicking landmarks of other cities, to housing developments given Italian or Spanish names. Some zip codes, he said, have one pool for fewer than 10 people. “It’s a question, finally, of the scale of lifestyle one wants,” Stern said. “What type of urbanization is possible within this climate?”

That denial of desert landscape has led to a dire situation. Huber noted that the cities could run dry, and Fox said that the desert is expanding, and significantly more people will be living in arid landscapes around the world by the end of the century.

But both cities are pushing conservation, the panelists noted, like lawn-watering rules, and paying residents to convert lawns from grass to native vegetation.

Despite the dire outlook, both cities, especially Vegas, continue to dream big, plotting major developments and transportation projects. Vegas, as Lumpkin noted, will soon have its own Frank Gehry building and a central development designed in part by Daniel Libeskind. Places like Dubai, Macau, and even Times Square are taking cues from Vegas, she argued.

Stern said that Vegas’ airport could reach capacity, and the city will need new transport, whether more lanes on the highway, a train, a monorail, or even the much-hyped, and much-criticized, magnetic levitating train. 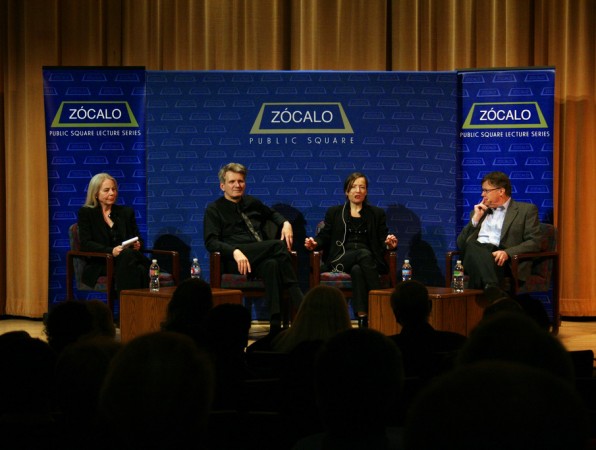