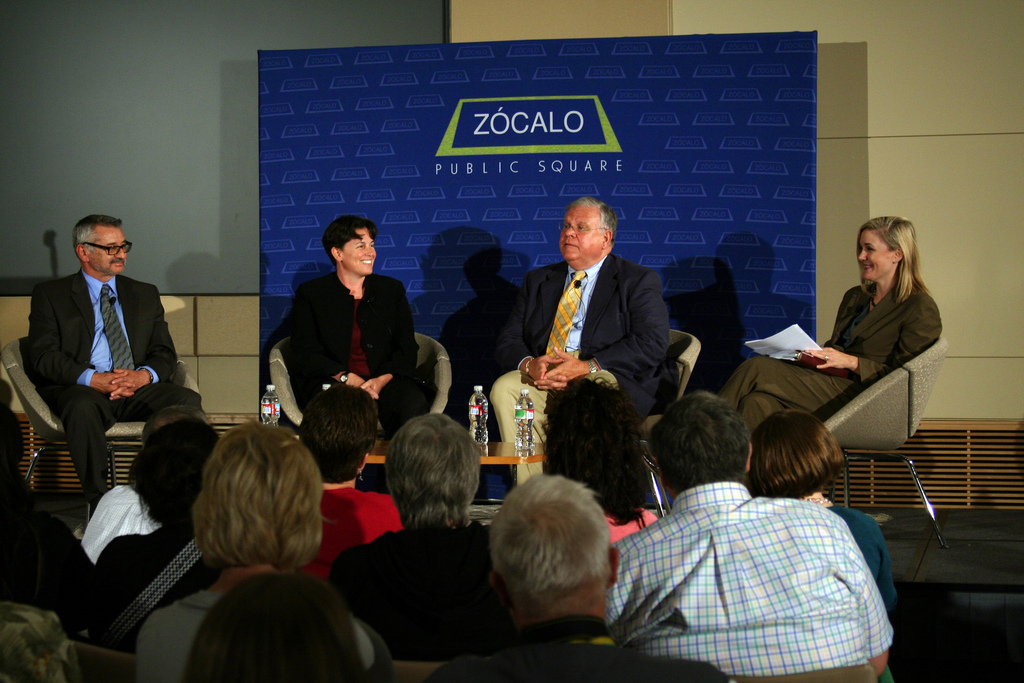 Despite the spotlight cast by local politicians and big-name movie stars, homelessness in Los Angeles seems to remain an entrenched if evolving problem for the city. Seventy-three thousand people live on the streets of Los Angeles County on any given night – 40% are women or children, a full quarter are families, and one-third are chronically homeless.

“We were in a crisis before this economic crisis hit,” said United Way of Greater Los Angeles president and CEO Elise Buik, who moderated the panel at the California Endowment before a crowded house.

But Buik was hopeful. “In the context of all these numbers and statistics that may seem overwhelming,” she said. “We do know what it takes to get people off the street permanently.” Buik discussed with Skid Row Housing Trust Executive Director Mike Alvidrez, Common Ground Innovations Director Becky Kanis, and Homeless Services Director of the Washington D.C. Business Improvement District Chet Grey exactly what that solution is, and how three cities applied it. 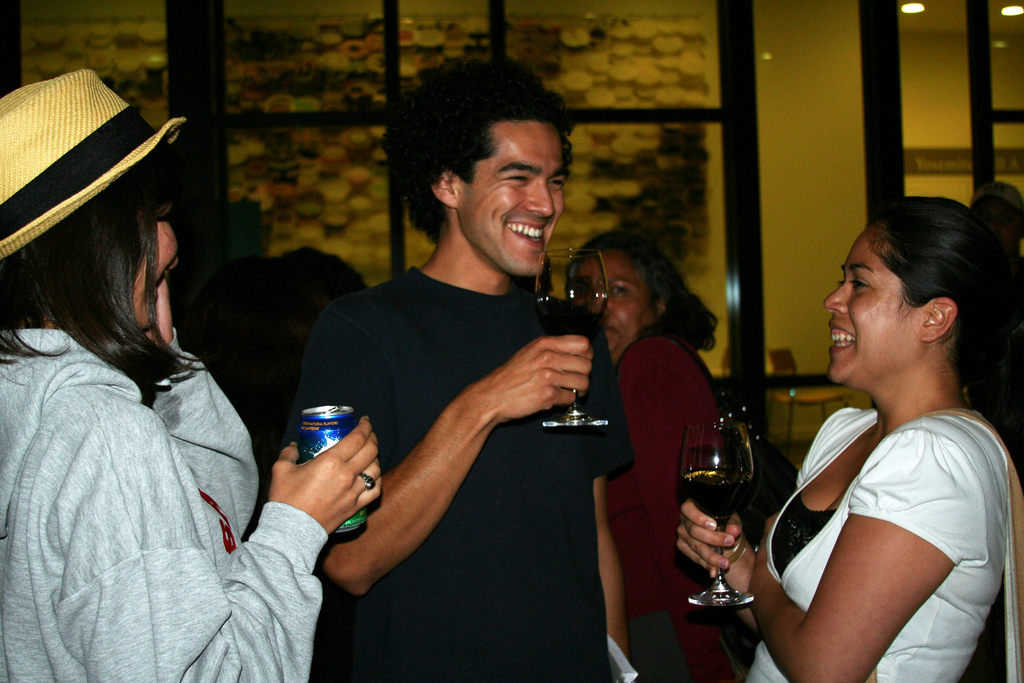 Each of the panelists faced a major challenge when they first began to work on housing issues. Alvidrez began housing the homeless in the early 1990s, but efforts then lacked sufficient support services, he said. Grey, a former priest who built homeless shelters in Atlanta, said that Washington D.C. has its share of startling statistics: roughly 20% of the population lives under the poverty level, about one-third is functionally illiterate, and 14% are unemployed. Roughly half of D.C. jobs require a college degree, leaving many less-educated workers without opportunities. Six thousand people are homeless every night out of a population of less than 600,000, and the vast majority of the homeless are native to D.C. “For a city that is 90 square miles it’s a lot of people,” Grey said. Working within the business community, Grey began by offering services but, he said, “We realized we were babysitting…. It’s important to give a person a blanket and a sandwich and a hello, but that’s not helping them.”

Kanis came to work on homelessness inNew York from the army, launching a primarily foundation-funded effort to cut homelessness in Times Square by two-thirds. The homeless, she noted, did not necessarily want to go to a shelter, or stop drinking or taking medicine. “But almost every single person I’ve met, except two, want housing,” she said. Getting it, however, requires navigating a “Rube Goldberg machine” of housing bureaucracy. But the need is crucial: being homeless, Kanis noted during Q&A, is “incredibly lethal. It is one of the most deadly things you could catch as an American.” The chronically homeless are most prone. And, as a particularly practical reason to help the homeless, all three panelists noted that the costs of incarceration, emergency care, and other services for homeless people are higher than the cost of housing.

Both Kanis and Grey noted that existing homeless policies and attitudes weren’t necessarily helping. In D.C., Grey said, “the concept for homelessness [solutions] for most people was, ‘Chase em out of here.’” And as Kanis said, shelters and programs often had difficult-to-meet requirements, like curfews and sobriety or even a good credit history. And, ultimately, as she said, “if you’re in a shelter, you’re still homeless.”

Beyond the soup kitchen

Kanis began by targeting not the winners of the “homeless talent competition” – that is, the sober, healthy, rarely homeless kind of homeless people – but those particularly at-risk on the street, usually putting them into housing within three months. For their rooms, 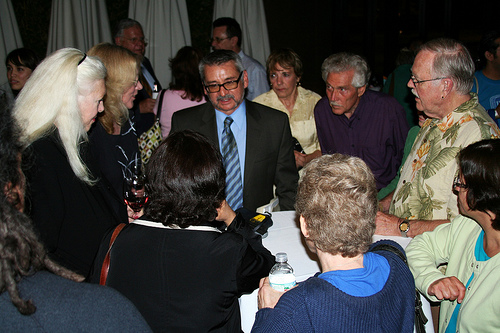 tenants pay one-third of their income (even if it’s very little or zero), and receive helpful services for addiction, health benefits, and other issues. Kanis’ organization offers housing throughout the city, whether in renovated buildings, on empty land, or by finding single empty units. “We rent any apartment we can find for under $900,” she said during Q&A. “We have housing specialists that are like dogs looking out for a bone.” Landlords, she found, are happy to work with her organization because they know who to call with any problems with a tenant. And, Kanis said, she has found that property values rise around supportive housing, and that buildings are not any more likely to report increased security or other problems. Ultimately, Common Ground reduced homelessness in Times Square by 87%, and now the entire city is adopting its model.

Grey, unusually for a business group as Buik noted, hired social workers to help the homeless one-on-one. In the last 18 months, his organization achieved a 42% reduction in homelessness in D.C.’s most populated residential area. It was impressive, Grey said, for a city he described as dysfunctional, controlled in part by a city government and in part by Congress. “Some of these guys,” Grey said, referring to Congress, “are jackasses.”

Alvidrez too has helped Los Angeles switch to the housing first model, particularly with Project 50, designed to house Los Angeles’ most chronically homeless people. So far, he said, preliminary data shows a significant decline in emergency room and hospital visits, and in incarcerations.

Bringing it to Los Angeles 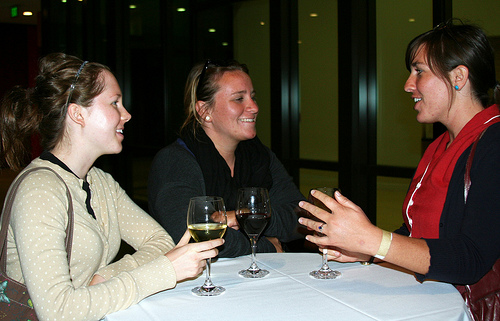 Still, Alvidrez noted, Los Angeles has a lot left to do. “We’ve ignored [homelessness] for far too long, and other cities have made real progress,” he said. “But we have listened. We’ve listened to those best practices and those innovations.” Supportive housing in Los Angeles, he noted, is functional and also attractive, and they “make people feel good when they live there, or make people feel good about seeing this building from across the street.” The problem, he said, is in applying those solutions across Los Angeles’ vast homeless population, and building political will, particularly by changing the mindset of politicians to embrace housing first. Alvidrez pointed out that Los Angeles has unique challenges as a particularly large city. Only 8% of people living in the city, he said, come into downtown, where the homeless are concentrated. “We drive to work, we park in a garage and go to our offices, and we reverse and go home,” he said during Q&A. “There hasn’t been as much up close, personal, and visceral experience of homelessness.”

The problems – and the vast numbers – aren’t insurmountable, the panelists argued. Kanis suggested addressing homelessness on a community level by getting, for instance, Santa Monica focused on its small segment of the homeless population. And as Alvidrez said, “Sometimes it takes a while to recognize that we have a shared interest…. We have a shared interest in resolving homelessness. We really do.” 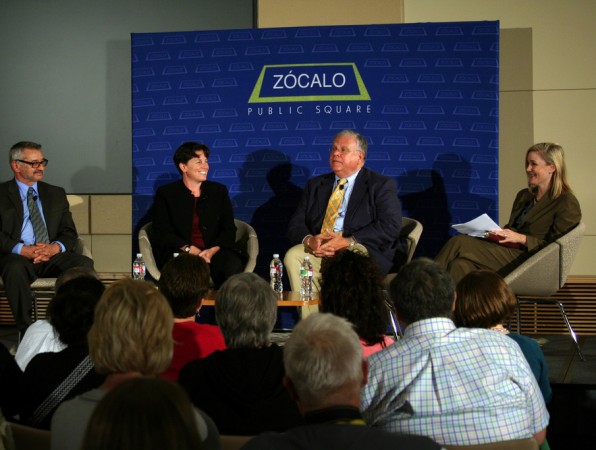