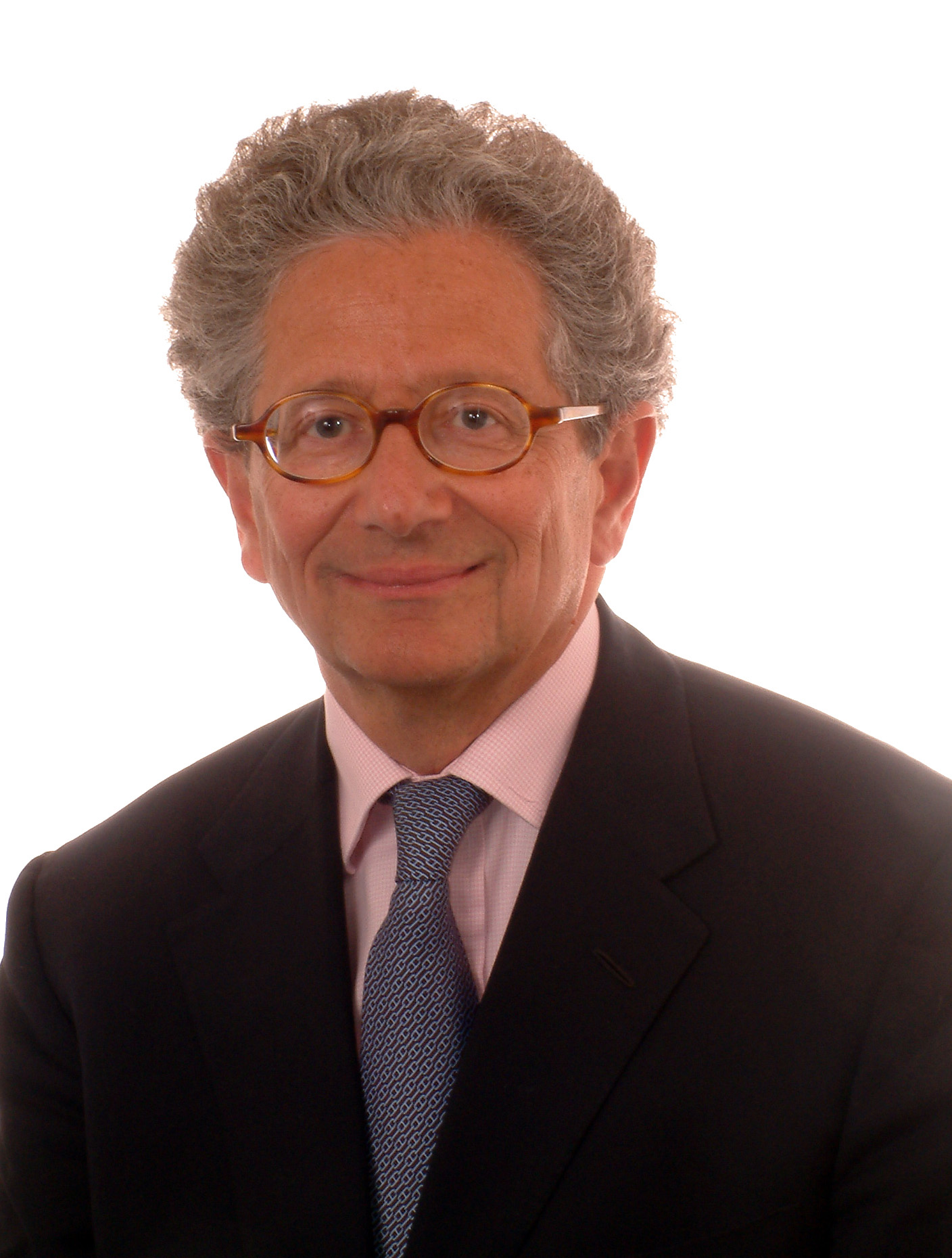 Dominique Moïsi is founder of and senior adviser to the French Institute of International Affairs. A regular writer for the Financial Times and Foreign Affairs and a visiting professor at Harvard University, Moïsi talked with Zócalo about his latest book, The Geopolitics of Emotion, and why fear, humiliation, and hope are changing our world.

Q. What is the argument you make in your book?

A. The book’s main argument is that you cannot fully understand the world we live in without trying to integrate and understand its emotions, in particular three of them, fear, hope and humiliation. These three emotions are closely linked to the notion of confidence, which is the defining factor in how nations and people address the challenges they face as well as how they relate to one another.

If one wanted to summarize these three emotions with three formulas, one would say that hope is “I want to do it, I can do it, and I will do it”; humiliation is “I can never do it” and may lead to “I might try as well to destroy you since I cannot join you”; and fear is “Oh, my God, the world has become such a dangerous place; how can I be protected from it?” Fear, humiliation, and hope thus can be seen as just natural and vital ingredients in human beings as the three components of blood; red cells, white cells and plasma. Health depends on the right balance among them. To have too much or too little of any of these three components is dangerous for the balance of the body and for its long term health. The key point is that emotions are like cholesterol, both good and bad.

Q. Samuel Huntington’s Clash of Civilizations thesis still holds much weight in the political world. Where do you think it falls short, and how does your analysis better capture the realities of today’s global conflicts?

A. In his famous 1993 essay in Foreign Affairs, which he later turned into a book, Samuel Huntington claimed that a clash of civilizations was about to dominate world politics, in which culture, alongside national interest and political ideology, was becoming a geopolitical fault line. I have always had serious reservations about Huntington’s theory. I think that in his search for a new enemy in order to focus the foreign policy of the United States after the demise of the Soviet empire, Huntington dangerously confused the notion of culture in general, including social and religious beliefs and behaviors, with that of political culture. Are not many in the Asian world also believers in the universal applicability of Western values and practices such as democracy? There also seems to be no sign of an alliance between Asia and the Islamic world against the West, as Huntington predicted. On the contrary, in the international arena, India and China behave more like satisfied status quo powers – with the exception of Taiwan and Tibet for China, and Kashmir for India – than irresponsible and dangerous revolutionaries.

Q. How do these emotions – fear, humiliation, hope – come to dominate a culture? What are the factors that determine them?

A. Like the seasons, emotions are cyclical. These cycles can be long or short, depending on the culture, on world events, on economic and political developments. In our modern world even a major sports victory can create a sense of elation that may be short lived but have serious immediate consequences. The Chinese banked on the 2008 Beijing Olympics to confirm the international status of their country, even if the Olympics are the result and not the cause of this status. Hope has not only moved east but has also taken on a materialist secular overtone. Hope today is about economic and social empowerment, and it is based on a sense of confidence which is the product of history. As long as the sense of progress among the rising millions transcends the despair, anger and hunger of the poor majority, then the culture of hope will prevail in China, India, and not only there.

If hope is confidence, humiliation is impotence, an emotion that stems above all from the feeling that you are no longer in control of your life either collectively as a people, a nation, or a religious community, or individually, as a single person. Humiliation peaks when you are convinced that the “Other” has intruded into the private realm of your own life and made you utterly dependent. Humiliation encapsulates a sense of dispossession toward the present and even more so towards the future. The dominance of humiliation in the Arab-Islamic world has many causes but the first and most important is a sense of historical decline, a fear of decay that can be traced back to the end of the 17th century, but which reached new depths in the last century.

Fear, the dominant emotion of the West, is above all a reaction to the events and feelings taking place elsewhere. The perception of our vulnerability and of our relative loss of centrality is at the very center of our identity crisis. But a single word may describe very different realities. The fear that dominates or dominated America is quite different than that which permeates Europe. The European culture of fear is dominated by the interrogation “Who are we?” Unlike Europeans, Americans are not preoccupied by the ghost of their past. America has always seen itself as a future, a project more than a history. Three key questions contribute to the current American identity crisis. Have we lost our soul – that is our ethical superiority? Have we lost our purpose – that is our sense of a unique national mission? Finally, have we lost our place in the world – that is, are we in decline? In other words, if Europeans are asking, “Who are we?” Americans are wondering, “What have we done to ourselves?” 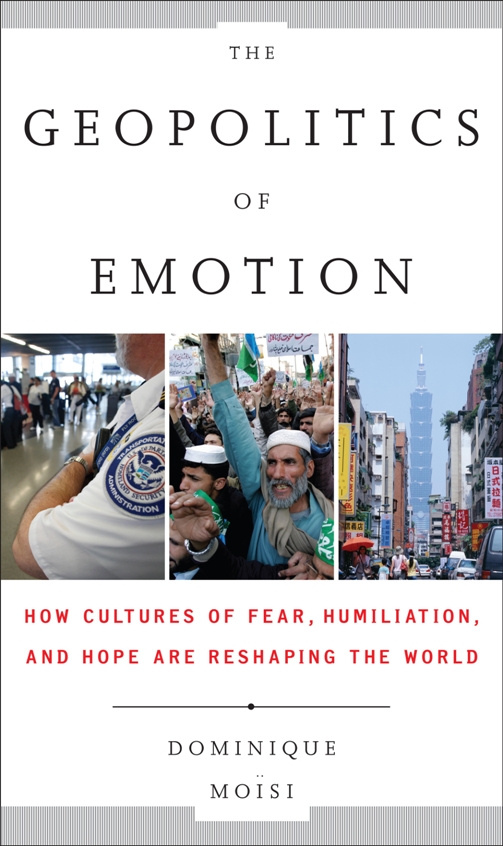 Q. You open the book with a discussion of American hope, and you also discuss American fear within the book. How do these two emotions live side by side in America? What sort of country and conflict does that create?

A. Fear and hope coexist in America. One could say that there is one America united by fear and another united by the fear of fear and that the latter America has rallied under the banner of hope. Fear has always been present in American history. The free circulation of guns that remains characteristic of the United States to this day not only celebrates individualism and self-defense, but also represents the inheritance of a wild, violent, and dangerous past, where “man is wolf to man” and fear a natural part of life. But America is also the land of hope and dream. President Barack Obama has this on his side; he is striving not against but with the national grain, seeking not to innovate but rather to restore his country’s traditional view of itself, in which a strong belief in ethical values produces a healthy sense of optimism. One of the key reasons for optimism is that America, the quintessential nation of immigrants, will find new energies and transcend its fears thanks to the millions of new citizens arriving on its shores every year. No one in the world dreams of becoming Chinese; millions of people still dream of becoming American. As long as America keeps the power to attract and the power to integrate, she will be able to surmount the tension between fear and hope.

Q. You note that some countries exhibit a combination of the three emotions – Russia, Iran, Israel. What does this do to their country and their relationships with other countries? Are they uniquely conflict-prone, or unstable, or extreme, or something else?

A. Countries like Russia, Iran and Israel elude a simple classification because they contain all three emotions – fear, humiliation and hope – equally or in a deeply intermingled proportion.

They tend to be particularly difficult to deal with. Of course each country is a case in itself and their attitudes will vary with time depending upon their choices of leaders. Suffice it to say that the least at ease you are with yourself, the more difficult you tend to be in your relationships with others.

Q. How can the emotion of humiliation in the Arab-Islamic world be overcome, if at all?

A. Humiliation can be overcome. Flashes of hope do exist in the Arab world. Just consider the case of the Gulf emirates. They constitute a zone of prosperity and stability in an otherwise poor and turbulent environment and they are the proof that modernity and Islam are not incompatible.

Q. You note that some believe clash between the West and the East are inevitable. Are clashes between countries or cultures exhibiting different emotions inevitable?

A. Clashes between countries and cultures exhibiting different emotions are not inevitable. Knowledge is the answer to intolerance. Learning about the emotions of other cultures is crucial in a world where the “Other” becomes part of us in our multicultural societies. Self-knowledge is particularly important in the case of Islam, where ignorance of one’s own religion and culture constitutes the most fertile soil for the most extreme interpretations, radical perversions and the teaching of hatred.

Q. What is the ideal emotional state for countries, and/or for the world, going forward?

A. If collective entities like cultures and nations can be analyzed through the prisms of psychology and emotions, is it possible to conceive of a prescription for the world analogous to the medical treatment that might be prescribed for an individual? In other words, what are the political strategies and institutional mechanisms necessary to reinforce hope and to contain or reduce fear and humiliation? I am afraid you will have to wait for an answer; this is the subject of my next book.