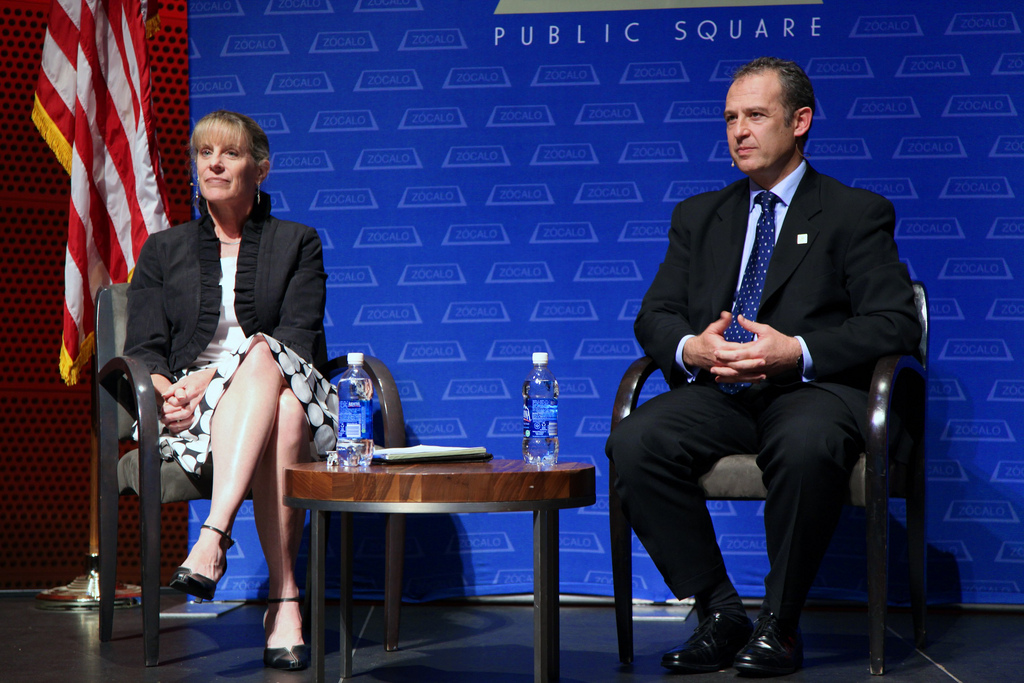 As Mexico’s mid-term elections approach, and as the U.S. and Mexico seem poised to make breakthroughs on drug trafficking and immigration, Mexican Ambassador to the U.S. Arturo Sarukhán recalled a long-ago meeting with the Israeli Ambassador to Mexico.

He met the Israeli diplomat years ago, Sarukhán told the packed audience at Disney Hall’s BP Hall, and told him long-ago Mexican President Porfirio Díaz’s saying about Mexico: “So far from God, so close to the U.S.” The Israeli Ambassador, Sarukhán told the audience to a big laugh, thought it should be the other way around when it comes to Israel: “So close to God, and so far away from the U.S.”

Sarukhán, chatting with moderator Pamela Starr, director of the U.S.-Mexico Network at USC, explored the evolution of Mexico’s relationship with the U.S. – and why Mexico now sees it as more of a blessing than Díaz did – and its still contentious problems: illegal immigration and drug trafficking. 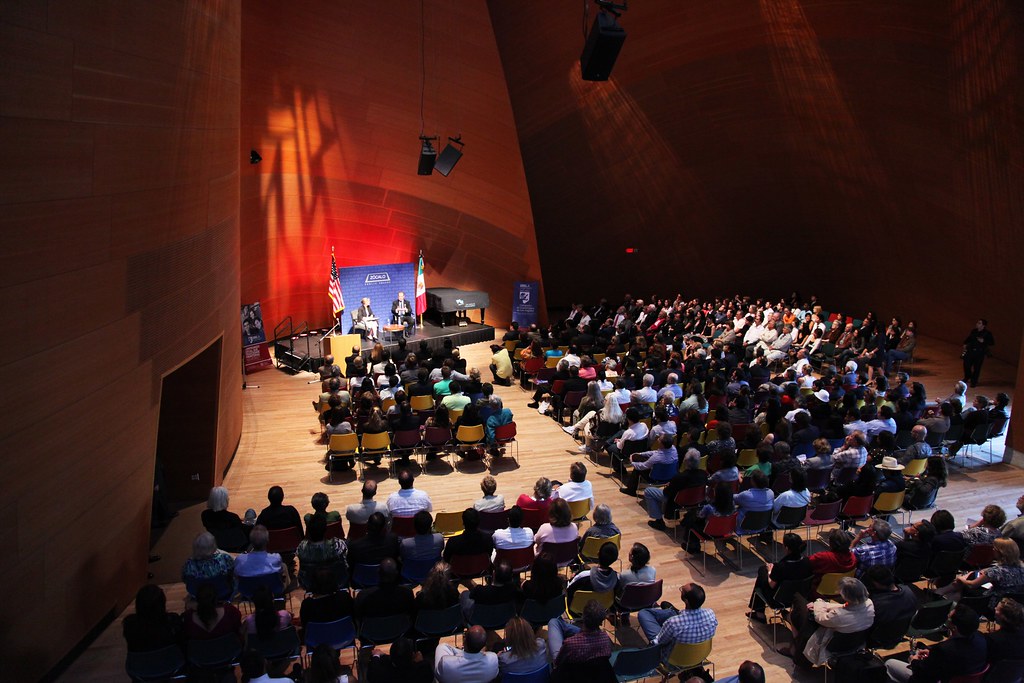 Even until the 1980s, Mexican leadership was pessimistic about its U.S. border. Sarukhán noted that then-Mexican President Miguel de la Madrid traveled to Singapore and lamented to Prime Minister Lee Kuan Yew that Mexico “unfortunately” shared a 3,000 kilometer border with the U.S. Lee replied, according to Sarukhán, “What would Singapore give for a one kilometer border with the U.S.”

Recent Mexican presidents are more grateful for a relationship with the U.S., Sarukhán explained. Since 2000, Mexico has transformed from being a “less-than-democratic regime,” Sarukhán said, to a country taking “two steps forward, one step sideways” toward democracy. Mexicans share fundamental values with the U.S., even though, Sarukhán  said, a long legacy of economic and political challenges hobble the country. “I’m not even going to put lipstick on this,” Sarukhán  said, referring to last year’s lipstick-on-a-pig meme. “Corruption is a challenge in Mexico.”

Despite the challenges, the U.S. and Mexico “have moved in leaps and bounds since NAFTA was signed in 1993,” Sarukhán  said. Today, Presidents Barack Obama and Felipe Calderón seem even more fit to partner than George W. Bush and Vicente Fox: Obama and Calderón are of the same generation. “We joke that they’re both lefties, both their wives are lawyers, and they got married the same year,” Sarukhán  said to a laugh. “It provides interesting synergies.” Both Congresses, he said, seem to have a sense that the two countries are “tied at the hip,” and “will fail together or succeed together.” 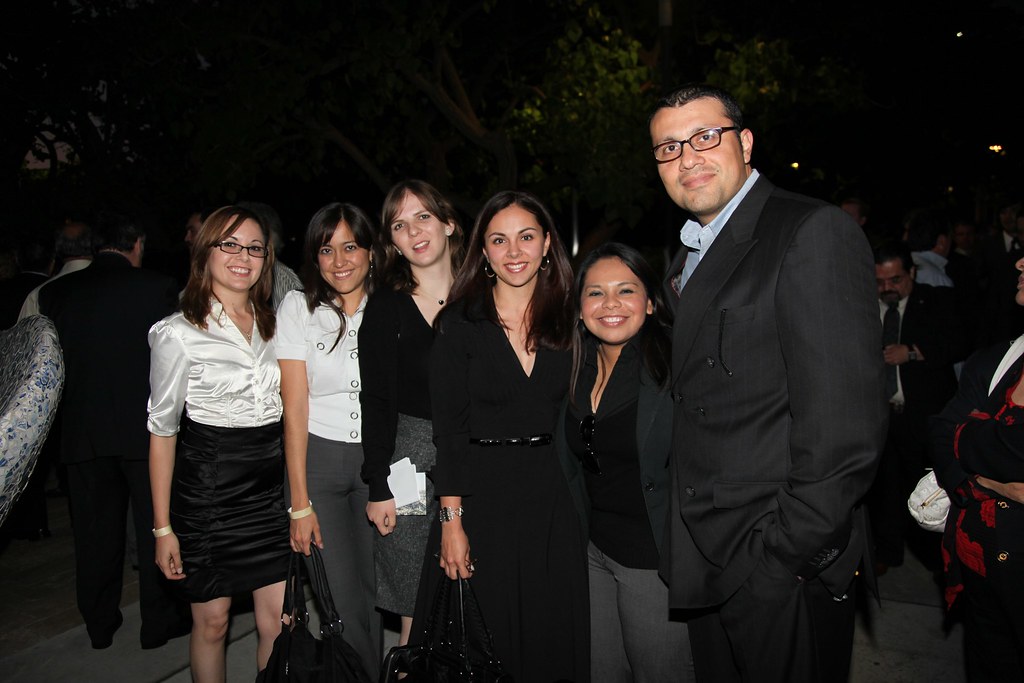 Despite the strengthening bilateral relationship, Starr noted that significant points of controversy remain, particularly on immigration. U.S. lawmakers still disagree about whether to create a temporary worker program as part of immigration reform or not, Starr said, as Democrats are hesitant to defy union opposition to the measure with unemployment rates climbing. But for Mexico to create work for would-be migrants, it would have to raise job growth by 50 percent, Starr said, “not something that can happen easily or quickly in Mexico.”

Sarukhán  emphasized that “there is precious little Mexico can do” to impact the U.S.’s internal immigration debate. Still, he explained why a temporary worker program is important: because any comprehensive immigration reform bill won’t pass without it, and more broadly because it restores the cyclical nature of Mexico-U.S. immigration. Before security crackdowns under Bill Clinton, and before the 9/11-related fortification of the border, undocumented Mexican immigrants could easily travel to the U.S. for work and travel home as they wished. Now, crossing once is a trial, and a costly one, as immigrants pay thousands of dollars to smugglers. Jobs, Starr added, are increasingly non-cyclical as well.

Once a temporary worker program is enacted, Sarukhán  said, Mexico can negotiate with the U.S. about how best both countries can make the program work, and become a stakeholder in a humane immigration program in which most every immigrant is legal. As he emphasized, Mexico too has become a nation of immigrants, not just emigrants. “It’s very easy for Mexico to wag its finger at the U.S.,” he said, about immigrant rights, but without following the same rules, “our moral standing is greatly diminished.” 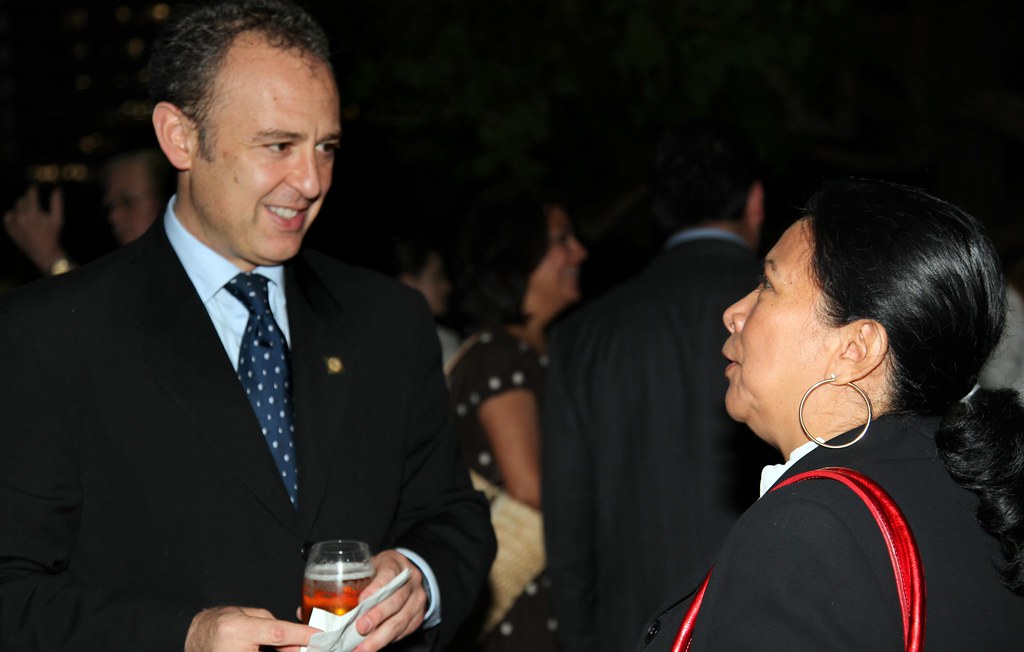 Besides immigration, organized crime, and drugs make up a major point of bilateral concern. Starr emphasized that though Calderón’s move against drug cartels was necessary and brave, the resulting explosion of violence has created problems for Mexico and shaken Mexicans’ and Americans’ faith in Mexico’s institutions.

Sarukhán contextualized drug violence: Mexico, he said, has 11 drug-related violent deaths per 100,000 inhabitants. The U.S. has 10; New Orleans has 33; and Caracas has 90 violent deaths per 100,000 inhabitants. “Is the ambassador trying to brush the violence under the rug? No,” he said. “But what I am trying to point at is [the violence] is not generalized.” According to Sarukhán , of the approximately 10,000 violent drug deaths in the lat two years, 80% were the deaths of drug traffickers killed by the state or by rival cartels.

Mexico’s strategy, he said, is threefold: to reduce drug violence, to disrupt drug traffickers’ use of Mexico as a preferred transit point, and to turn drugs from a national security problem to a law-and-order problem, as it is in the U.S. To do it requires, he said, “a Churchillian quota of blood, sweat and tears,” and a full-fledged reform and in some cases a rebuilding of civilian institutions like the judiciary and the police. Despite what he referred to as the U.S.’s inelastic (and huge) demand for drugs, the ambassador said, “We are raising the opportunity cost [for traffickers] of doing business in Mexico.” 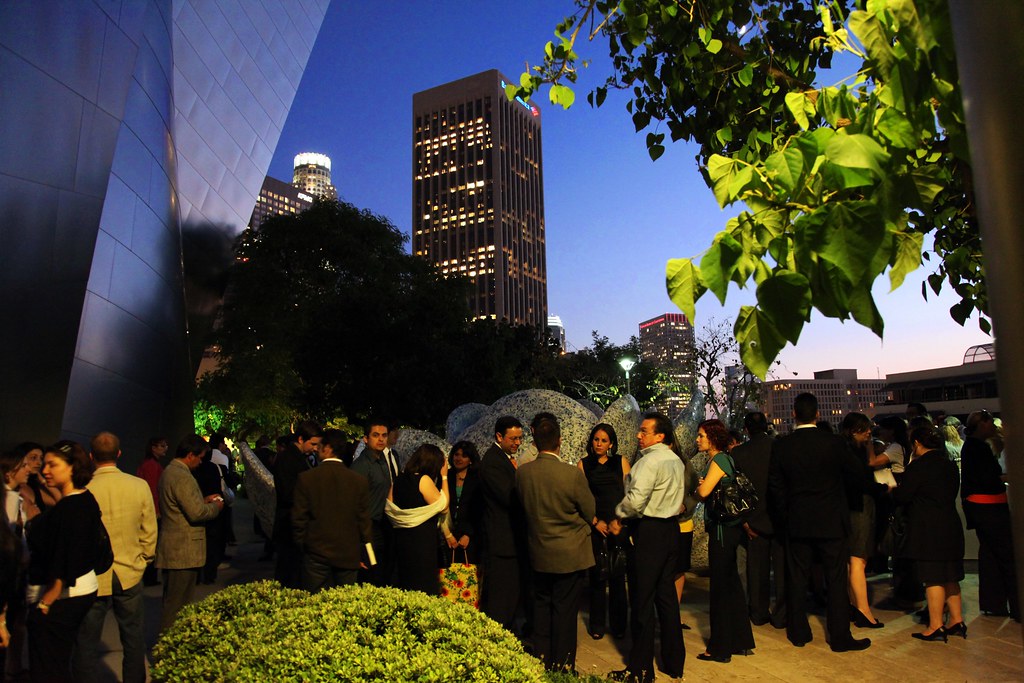 The ambassador was hopeful about Mexico’s future, and its relationship with the U.S., despite the shared challenges. Mexico dealt admirably with the H1N1 virus, Sarukhán  argued, and its citizens demonstrated their trust in government by following its flu containment plan. The country is taking on other challenges, Sarukhán  noted during Q&A, like obesity, boosting tourism, and extreme poverty – with a microlending program for female heads of households. The country should even be open to a debate on drug legalization, he said during Q&A.

Ultimately, debate, and even strident opposition is a positive for the country, although it may seem to stymie government action. “Is Mexico Switzerland? No,” Sarukhán  said. “If you want a system in which Congress isn’t challenging the power of the executive, you can go back to what we had before 2000. In many ways, you’re getting what you wished for…. There are pains in becoming a democracy.” 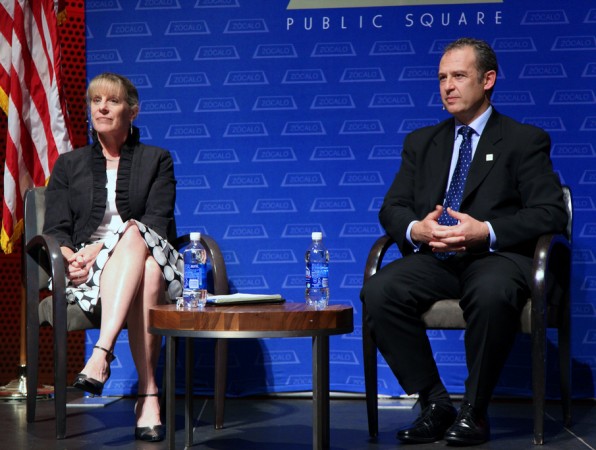