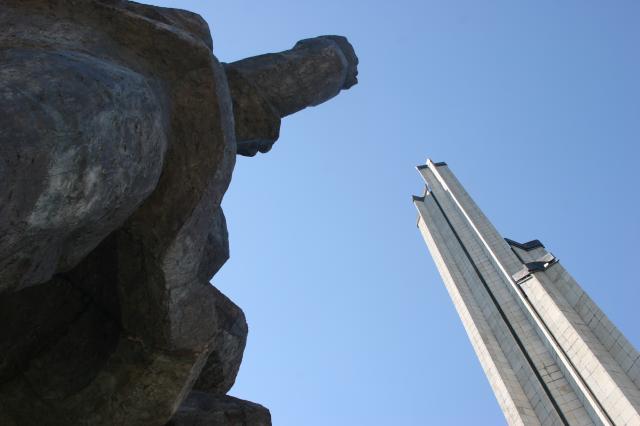 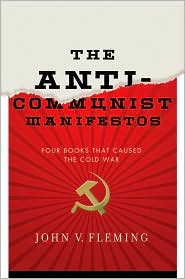 John V. Fleming, professor emeritus of literature at Princeton, tells the compelling stories of Arthur Koestler’s Darkness at Noon, Jan Valtin’s Out of the Night, Victor Kravchenko’s I Chose Freedom and Whittaker Chambers’ Witness. Each author was a former Communist who rejected the narrative of Communism as a moral and humane system of government, and spoke instead of purges and show trials, gulags and prison camps, and espionage. All met with controversy.

As Fleming colorfully puts it, for Communist partisans and the USSR’s sympathizers in the West, “the Soviet Union was like a pregnant woman, soon to give birth to utopian socialism. She must be nourished, protected, coddled.” The anti-Communist authors destroyed the myth.

When Darkness at Noon first came out in 1940, it mooted the tenuous legitimacy of the Moscow show trials of the late 1930s, and, by extension, Stalin. The scales fell from the eyes of some Communists and fellow travelers, but many others defended the USSR vociferously, accusing Koestler of lying. Valtin (the pseudonym of Richard Krebs) published his book around the same time and received a similar reaction. He provocatively suggested that, in the words of Fleming, it was hard to tell whether Stalin’s Russia or Hitler’s Germany was the “more brutal, vicious, and dictatorial.”

Kravchenko, who defected in 1944, wrote the autobiographical I Chose Freedom two years later. But even in postwar America, some refused to accept the oppression of the Soviet Union, denying that there had been a manmade famine in the Ukraine, or that the gulag existed. Fleming even dredges up a public statement signed – in 1947 – by “a number of eminent academics” attacking “the fantastic lie that the USSR and the totalitarian states are basically alike.” As for Witness, Fleming avoids wading deeply into the question of Alger Hiss’s guilt for perjury and spying (though he does not doubt it), instead emphasizing Chambers’ literary skill along with the nasty treatment he suffered from Hiss partisans. Fleming also notes that Chambers, writing in 1952 about his rejection of Communism two decades earlier, echoes the other writers: his transformation began when he realized the extent of the violence within the Soviet Union.

With the 20th anniversary of the fall of the Berlin Wall nearing, new histories of all aspects of the Cold War are appearing with increasing frequency. The Anti-Communist Manifestos is a unique intellectual history of early reactions to the rise of Soviet Communism, an essential part of the overall story. It is a corrective to the temptation to insist that the West’s moral and political superiority was never in doubt, and that the USSR, its crimes acknowledged, was never popular with Western intellectuals. The attacks on these “manifestos” and their authors show that, at one time, the USSR did indeed have many vocal admirers and defenders. But, as Fleming ably documents, it also had its courageous accusers.

Excerpt: “Very few readers have found Darkness at Noon ‘shallow,’ but the criticism cannot be refuted save by recourse to one’s own reading experience. I find little difference in quality between Rubashov’s ‘inhabited history’ and that of Anna Karenina, Quentin Compson, Clyde Griffiths, or the central character of any other novel informed by some responsible sense of the relationship of individuals to history. Novels create characters, but they also create history. A fictional character who lives in ‘real’ history is no more possible than a ‘real’ person who lives in a fictional history. As for Rubashov, he repeatedly chooses. He chooses to serves the Central Committee. He chooses to persecute Richard. He chooses to allow Arlova to go to her death undefended.

and Whittaker Chambers: A Biography