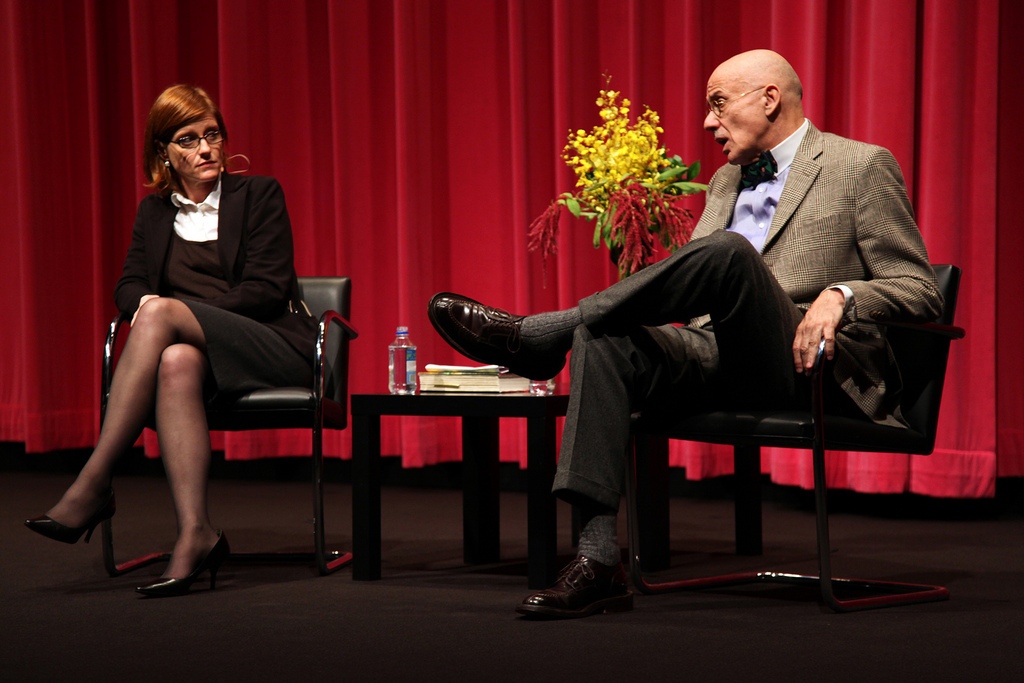 The crowd at the Hammer Museum didn’t entirely match the picture Erika Schickel and James Ellroy conjured of the typical Ellroy fan base.

“A little pasty, a little zitty.”

– and writer Schickel, who confided that she is Ellroy’s girlfriend.

“I offer this tidbit up not because it’s any of your fucking business,” Schickel said, “but because all along I’ve been very frustrated. He has been asked the same questions over and over and over again, and I feel that people are missing the point.” 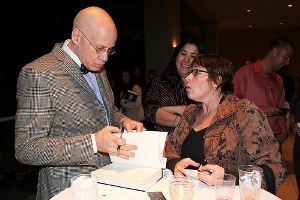 And so they began, discussing Ellroy’s reputation as a genre writer, as the Demon Dog of American literature, and the transformation of his writing, particularly his writing about women.

The unsung leg-breakers of American history

The aforementioned fan profile comes, Schickel suggested, from Ellroy’s reputation as a genre writer best known for crime novels. Writing genre “limits my accessibility to middle-aged and older female readers. It’s a primarily male world,” Ellroy said. He noted that he realized before meeting Schickel (who has two daughters) that he always wanted a daughter. “I realized the courage, the fortitude, the perspicacity it takes to raise children. That thought pervaded my consciousness as I wrote a book about history and bad men,” he said.

His Underworld U.S.A. trilogy – of which Blood’s A Rover is the third and final volume – is historical fiction, and his next novel will be what he calls a “microhistory” that occurs over 24 days of real time. Blood’s A Rover features a young male protagonist instead of a “burned-down, boozed-out, woman-obsessed, lonely, haunted middle-aged” one, and strong female characters. “The last third of the book becomes in a male-dominated drama, a matriarchy,” Ellroy said.

There are still the low-lifes, those Ellroy called “the unsung leg-breakers of American history.” There are “wheelmen,” inspired by real-life character Donald Crutchfield (who was in the crowd, and whom Ellroy met in 2000). Ellroy 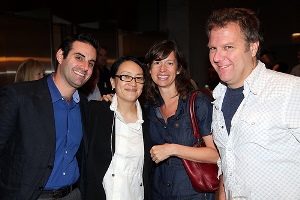 An emotional Bay of Pigs

Crutchfield isn’t the only bit of real history in Blood’s A Rover. The trilogy takes up the years 1958 to 1972, and Ellroy took pains to make sure the historical facts were accurate. The fiction comes in what Ellroy described as “the private infrastructure of public events.” Combining the facts with credible fictional characters is what gives Blood’s A Rover verisimilitude, Ellroy said.

It’s also Ellroy’s take on a history he lived and imagined, “however tenuously, however self-absorbedly,” he said. “I always had a dim view of a man with a briefcase and a silencer on his revolver sitting just outside the corridors of power.” It contains, too, what Ellroy sees as “alternatives in the world” – not just alternate historical possibilities, but different ideologies, religions, races, genders, and all the era’s exploration. 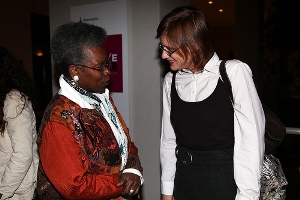 The book includes Ellroy’s personal history too, as Schickel said, particularly with the character of Red Goddess Joan. “Joan” was the name a young Ellroy gave to a brown-haired girl he only saw from a distance. Forty-six years later he met a woman named Joan (a professor in San Francisco), who was, in Schickel’s terms, Ellroy’s “emotional Bay of Pigs.” Ellroy said he injects his life into his fiction to “learn from it and exploit it.” Joan, he said, might have left him only “grievance, resentment and shit,” or she could became an honored character in the book.

And, he said to Schickel, if Joan was the Bay of Pigs, “You have served as the tearing down of the Berlin Wall.”

Ellroy’s next book focuses on another woman from his life, the one that shaped so much of his fiction and an earlier memoir – his mother. The Hilliker Curse is a companion to that earlier work, My Dark Places, which described Ellroy’s unsuccessful search for his mother’s murderer. “My mother and I were not a crime story,” Ellroy said. “My mother and I were a love story.” 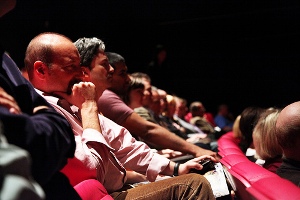 Schickel noted that in Hilliker Curse, Ellroy says repeatedly, “so that women will love me, so that women will love men.” She asked whether finding “the mother, the female, the other” would somehow be his undoing. Ellroy replied that it would only change the type of book he writes. “I don’t want to be one of these older guys that writes skinnier and skinnier and skinnier and more and more solipsistic books,” he said to applause. “I want to write big motherfuckers.”

It may not change who he is, though. He said he likes the Demon Dog nickname and is sticking with it. And he said multiple times that he’s “a Tory by nature,” a WASP, an authoritarian, moralistic, and born in Los Angeles at midcentury. “It’s a sensibility that puts people off,” Ellroy said during Q&A. “Even as I critique this sensibility, people know that to one degree or another, I espouse it.” 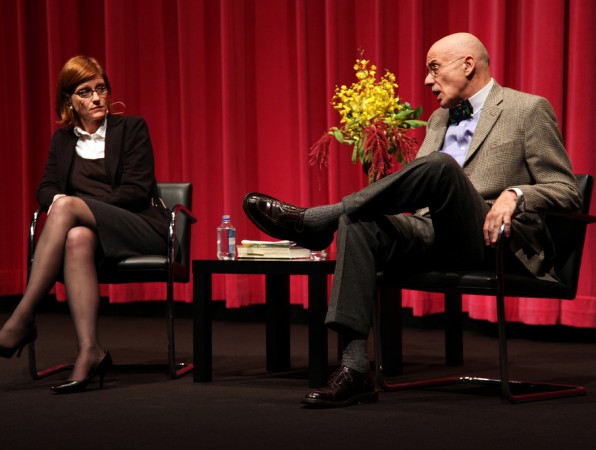