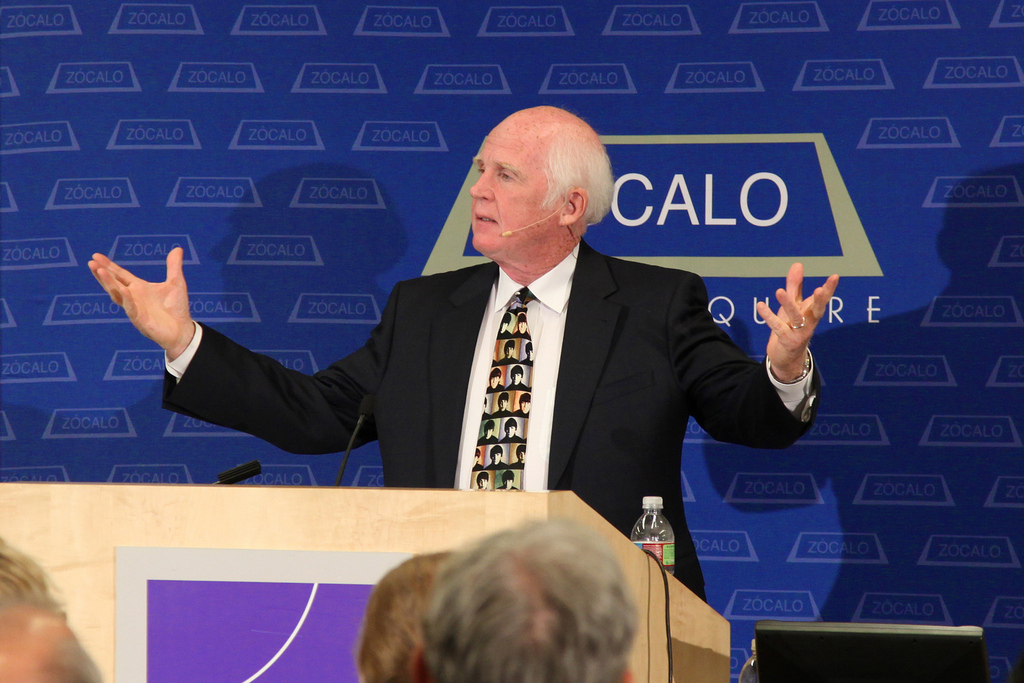 In 1972, they ran George McGovern’s presidential campaign in Texas. He lost by 30 points to Richard Nixon. After that, Branch said to the audience at the RAND Corporation, “I would be lying to you if I said I thought he would be the future president of the United States.”

Branch, disillusioned with the political world that had so enthralled him during the Civil Rights era, turned to journalism (and to writing about that time in three best-selling and award-winning volumes). Clinton, of course, became president. Shortly after his election, he invited his old friend to dinner. Twenty years had passed since the two had spoken, but Branch agreed to come, and found himself surrounded by political luminaries at Katherine Graham’s 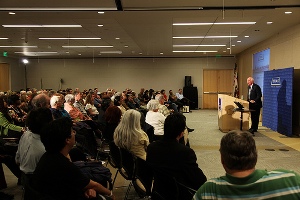 house:  Supreme Court Justices, the Joint Chiefs of Staff, Alan Greenspan, Robert McNamara. Clinton made a beeline for Branch, instructing Secret Service to keep everyone away so the two could say hello.

“I’ve only got a minute,” the president said. “Can you believe all this?”

Branch said to the Zócalo audience, “The same boyish Bill Clinton I’d known was there. There are certain people in life you can not see for 50 years and still have the same connection.”

It was at that dinner that Clinton also proposed the kernel of the idea that would lead, nearly another 20 years later, to The Clinton Tapes: Wrestling History with the President

. Branch discussed why the tapes are crucial for history, what Clinton said, and how his legacy has fared.

Branch and Clinton’s bond dated to before their McGovern years: both were white Southerners who experienced and strongly supported the Civil Rights movement, and the women’s rights movement and immigration reform of the same time. The major legislative achievements of the 1960s, Taylor said, enlarged and enhanced the public square, but since then, “the public square has atrophied.” Too many people believe now that the government is bad, or as Bill Clinton used to say to Branch, “that the government can’t organize a two-car funeral.”  While opposition was natural in politics – and, Branch said, Clinton always respected it – cynicism was dangerous, and so was condescension. 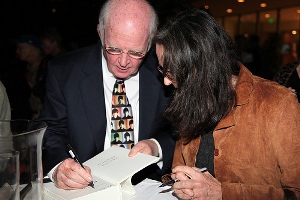 Worse for the public square, Branch said, is our lack of understanding of the most personal and powerful public office. Since the Nixon impeachment, no president has tape recorded meetings or phone calls, and to this day 95% of the tapes made by previous presidents have not been transcribed. “They are just beginning to be cranked into our understanding about how the most personal branch of government…functions,” Branch said.

Later presidents and their staffs have shunned even note-taking. According to Branch, advisor George Stephanopoulos considered note taking beneath him; Chief of Staff John Podesta said he had voluminous notes “perfectly designed to cover the ass of every participant in the meeting”; and Anthony Lake, Clinton’s National Security Advisor, said, “Don’t write anything down. Do everything on the telephone. It’s a good way of staying out of jail.”

At the dinner, Clinton had told Branch that he was concerned that future historians would not be able to “breathe life” into his presidency. But rather than record everything, Branch said, “Clinton hit on the idea of doing an oral history.”

Branch began going to the White House late at night at Clinton’s call, long after West Wing staff had left, taking his pick-up truck to park below the Truman balcony. (“It’s not easy to get cleared into the South Lawn in a pick-up truck late at night,” Branch said.) They taped in the residential portion of the White House, in various rooms, including one with a card table where, Branch said, Clinton would play solitaire or do crossword puzzles while conducting the interview. Clinton kept all the tapes in two boxes in the back of his sock drawer, Branch said. Often, Hillary and Chelsea would stop in. Hillary even confided in Branch, telling him about a dream she had, in which she tells off Henry Kissinger on Vietnam. Branch recalled that Hillary said, “I always get my revenge in dreams, never in real life.” 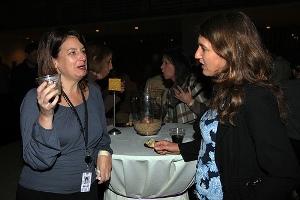 But mostly, Clinton chatted with Branch about every aspect of the presidency, and Branch recorded his reactions, too, on separate tapes, which make up the research for The Clinton Tapes (Clinton’s portions are still secret). Clinton asked Branch if he should fire CIA head R. James Woolsey, and to help Chelsea with homework while he took a call about air strikes in Baghdad. He asked for Branch’s opinion on making a middle class Bill of Rights after losing both houses of Congress in 1994 (Branch was firmly against it). And he talked with Branch about his wrestling with the media: how The New York Times defined Clinton’s agenda on gays in the military from day one, because of an exaggerated quote from an aid. Clinton wondered why the press, particularly The New York Times and The Washington Post, covered sensational stories, suggesting (with sympathy) that it was because they needed to sell papers, or (with less sympathy) because journalists then, unlike those in the 1960s, were richer than most Americans, and thus didn’t feel the urgency of covering healthcare or welfare.

Branch mentioned spending the night at the White House only once. Clinton was in the thick of the impeachment trial, but insisted that Branch and his wife, who was also at the White House writing speeches for Pakistan-bound Hillary, stay the night. Clinton escorted the couple to the Queens’ Bedroom and even turned down the sheets, but there were no pillows. Clinton searched everywhere, including in the Lincoln Bedroom, before handing Branch his own pillows, insisting that he usually slept with a special pillow, half sitting up.

Branch waited until after Clinton had written his memoirs, and until Branch had finished work on the Civil Rights trilogy, to begin work on The Clinton Tapes, starting to transcribe in mid-2006. Clinton had used only some of the tapes, Branch guessed, to write My Life, the publishing schedule of which had required Clinton to write his presidency in a matter of weeks. 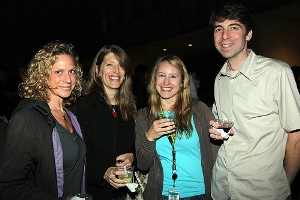 The Clinton Tapes is important for a president still defined by our media approximation of him, Branch noted. During Q&A, Branch discussed whether Clinton and Lyndon Johnson had many similarities, given that both had legislative accomplishments overshadowed by one major issue – impeachment for Clinton and Vietnam for Johnson. Both presidents had what Branch called a “tactile approach to politics.” Clinton prided himself on personal connections, and told Branch that one of his biggest foreign policy failures was failing to connect personally with Jiang Zemin. But Clinton’s legislative achievements, though not as significant as Johnson’s, are hidden under “this press mantra that he didn’t care about anything, that he was a finger-in-the-wind politician,” Branch said. Clinton’s effort in Haiti – which had very little public support – was one bold measure, as was taking on the National Rifle Association, Branch said. His crowning achievement was reducing the national deficit. And though Clinton said his biggest failure was allowing the Lewinsky scandal “to trump everything else he did,” Branch said, “he would rather live with that than live with Vietnam.” 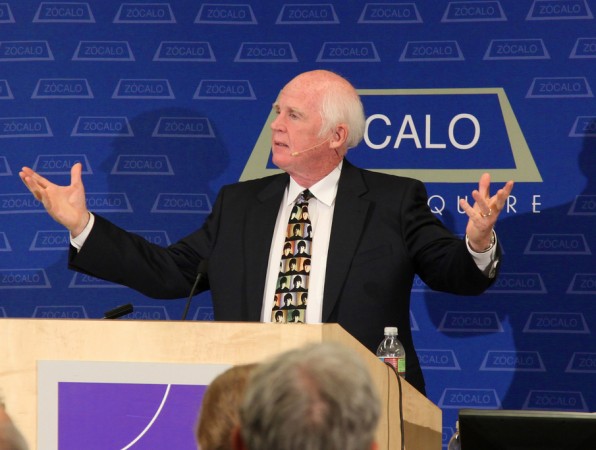