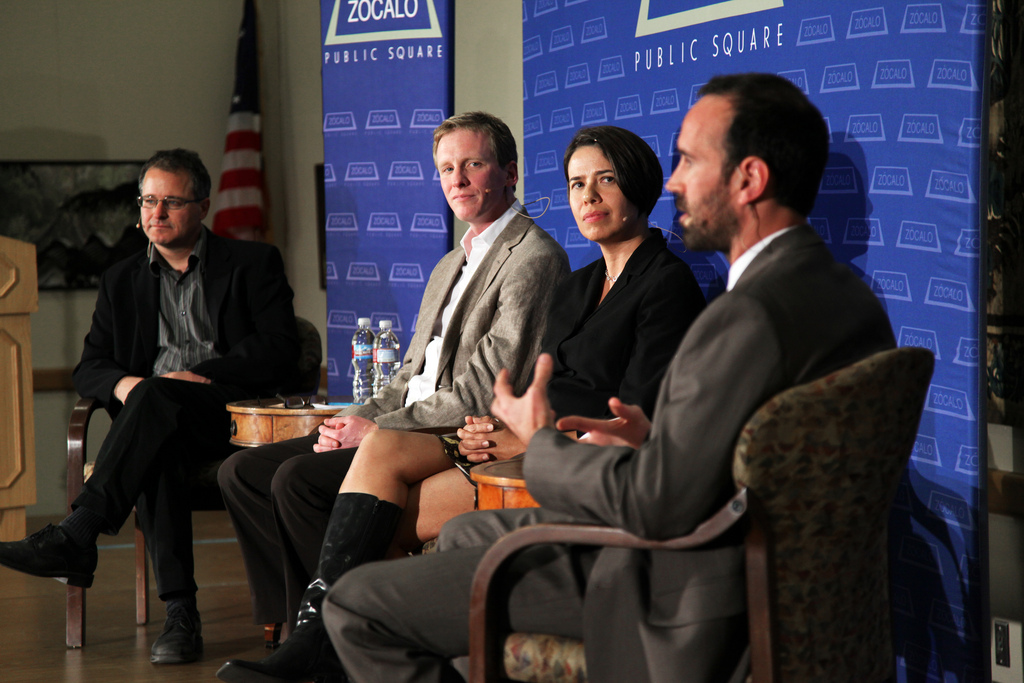 Environmental woes are nothing new to Los Angeles.

“Nineteen-fifties L.A. was a pretty horrible place to be breathing,” said Paul Wennberg to the crowd at the Huntington Library. Pollution was high. Students moving in the fall wouldn’t realize the San Gabriel Mountains existed until the winter. Protests arose across town, including in Pasadena.

The poor air quality made for quick action. As one CalTech professor discovered the chemistry of smog – proving that it came from car emissions interacting with the chemistry of the atmosphere – the state government encouraged innovation in automobiles. Today’s Los Angeles is significantly cleaner despite a large population increase in the basin, said Wennberg, who is the director of the Linde Center for Global Environmental Science at the California Institute of Technology.

Wennberg joined his fellow panelists – CalTech Professor of Environmental Science Tapio Schneider, UCLA Associate Professor of Atmospheric and Oceanic Sciences Alex Hall, and Pulitzer Prize winning environmental writer Usha McFarling – to discuss what’s hampering such change in California today. In an event co-presented by the Huntington-USC Institute on California and the West, the panelists discussed climate change, what it will do to Los Angeles, and why it’s so difficult to act on it. 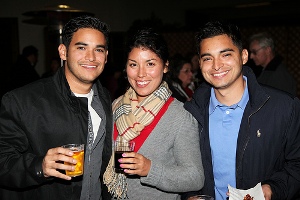 Carbon dioxide is the key greenhouse gas to consider when discussing climate change, Schneider explained, though it’s just one of the many in the atmosphere. All greenhouse gases absorb heat radiation that the Earth’s surface gives off. Part of this radiates back towards Earth. Carbon dioxide is especially difficult to address in part because of its most basic characteristics: “You don’t smell it, you don’t see it, and we still emit it more than ever,” Schneider said. And as Wennberg noted, a molecule of carbon dioxide emitted in China has the same impact on California’s climate as a molecule admitted within the state. California’s ability to act locally is compromised, even if it can still lead by example.

Our emissions have already made for a warmer Earth, with climate increasing by about one degree Fahrenheit over the last 100 years. (See Schneider’s animated illustration of the change here.) Over the next 50 years or so, temperatures are expected to increase by two to three degrees Fahrenheit, Schneider said, and between three and seven degrees over the next 100 years. Even if we were to stop increasing our emissions, about a third of that warming would still occur because of what the panelists called the inertia of the climate system.

The temperature change means more extreme precipitation, more frequent droughts, hotter temperatures, and rising sea levels from the thermal expansion of water and the melting of ice sheets, Schneider said. Hall focused on the local impact. Los Angeles could face extreme heat waves, and excessive levels of energy and water consumption. Water is an especially crucial issue for the region, Hall noted, because of increasing demand (and population), diminishing Sierra snowpack, and the state’s complex and insecure water infrastructure. The water contracts signed in the early part of the 20th century came at a time when water was unusually plentiful in the state. 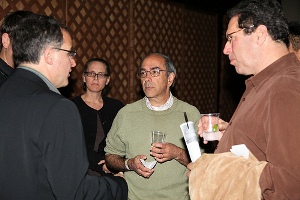 Still, he said, Los Angeles would “not be so much warmer that it won’t be an attractive climate for people to come to,” and all the implications of climate change are still not entirely clear because of large margins of error and the very complex systems that inform climate change study, from clouds to human institutions. The same could not be said, Schneider noted, of Washington, D.C.

As McFarling said, Los Angeles is still a good place to understand climate for much the same reason the capital is. “We live on the edge of habitability,” she explained. Our population is rising, our water is diminishing, and we already face high August heat, water restrictions, and wild fires. When it comes to climate change, she said, “Whether we like it or not we have front row seats.”

Despite the urgency, McFarling said, many Americans remain unconcerned about climate change: only 35% percent believe it to be a significant problem, according to a Pew survey. McFarling outlined why the issue is so hard to grasp. It’s complicated and not intuitive: many factors – from volcanoes to “burping cows” – contribute to climate change. Attempts to conserve can end up being harmful; a plane passenger buying an offset of two new trees in Norway could cause the Earth to absorb more sunlight, because trees take in more heat than snow. While some glaciers are melting, others are growing. Politically, McFarling said, many organizations try to confuse the issue, claiming that climate change isn’t happening, or that humans don’t cause it, or that humans do cause it but the impact isn’t negative. Advocates too sometimes overstate their case, adapting, say, polar bears as mascots when they’re not in grave danger from climate change. 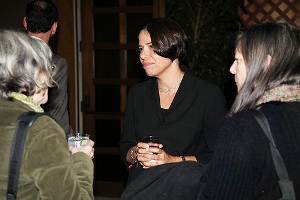 As the other panelists noted, climate change is slow, and occurs over longer periods than we’re accustomed to considering. It’s also “noisy,” Wennberg said, in that it varies, and people confuse individual experiences – say, a lot of rain one month in one town – with global phenomena.

Los Angeles faces a unique difficulty, too: we’re accustomed to disaster, and many think it’s part of the city’s story, a heaven-and-hell dichotomy. It’s part of our need for story, which the panelists noted can make mobilizing around climate change difficult because the story is so complex. McFarling, who found stark examples of polluted oceans for her series in the Los Angeles Times, like baby birds eating Bic lighters, noted that “The stories will be there to tell.”

Still, many are taking action to prepare for or reduce climate change, the panelists noted in Q&A. Californians are conserving water and discussing building dams or enlarging reservoirs, Hall said. Schneider noted that insurance companies were the first big industry to hire climate scientists and prepare for climate change. Large-scale global negotiations are taking place, along with pioneering local efforts like California’s and even extreme measures of adaptation, like moving entire Alaskan villages. “As challenging as this is, long timescales do help in terms of planning a response,” Wennberg noted.

And, the panelists agreed, we can still hold out hope for new technology to address climate change, and it might be more effective than making big global appeals for personal conservation. “If you’re smart and you find a way to produce energy without emitting carbon dioxide,” Schneider said, “you’re going to be very rich.” 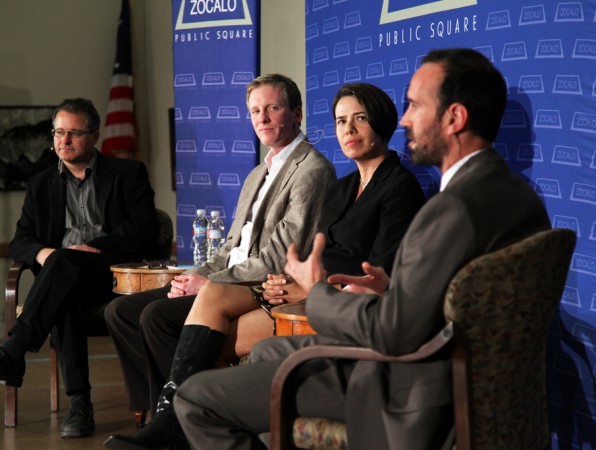