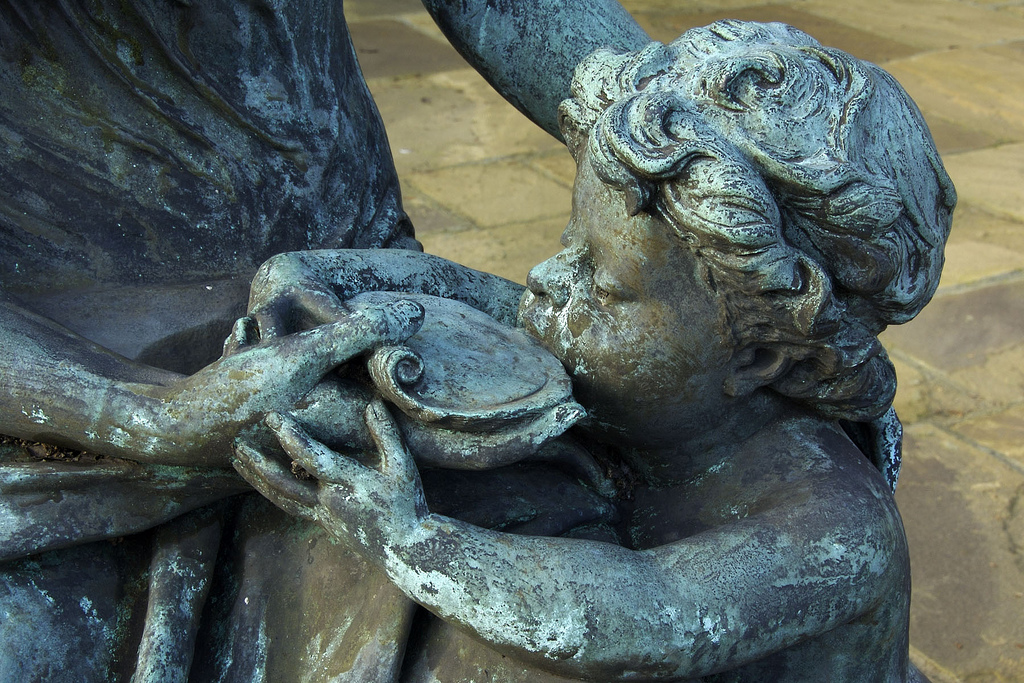 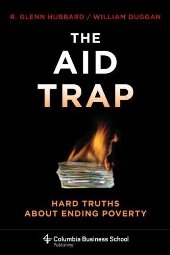 In 2006, Warren Buffet made a $31 billion gift to the Gates Foundation. He explained the generous donation this way: “A market system has not worked in terms of poor people.”

R. Glenn Hubbard and William Duggan, the dean and a senior lecturer at Columbia Business School, turn Buffet’s assertion on its head in The Aid Trap. Free markets, they say, are not the cause of poverty. Indeed, the market system and strong private business sectors are the solution to poverty.

“The market has not worked in poor countries because it never had the chance,” Hubbard and Duggan write.

For those who feel good about their charitable contributions, The Aid Trap is not an easy idea to stomach: The food and clothes and medicine rich countries send to poor countries, the money they put in the hands of government programs, even the wells enterprising students dig in villages during their summer vacations – this kind of long-accepted charity does very little to alleviate poverty. In fact, flooding the market with free goods makes it difficult for local businesses to compete and provides incentives for governments to maintain the status quo.

The Aid Trap provides an alternative scenario. They take the popular notion of microfinance to a much grander scale. Instead of  the current system of charity and development programs run through governments and nongovernmental organizations (NGOs), Hubbard and Duggan argue that aid programs should encourage pro-business reforms and the growth of private business sectors in poor countries, and engage in charity for emergencies like refugee and medical relief. The Millennium Challenge Account, a U.S. development project, is on the right track in its use of competitive funding to encourage good governance, but the huge grants they dole out are by and large put right back into government aid programs instead of the businesses that create lasting prosperity.

From 1981 to 2005, the rate of extreme poverty fell from 52 to 26 percent. It is an encouraging figure,  except that it is driven almost entirely by the amazing per capita growth of India and China, countries which have made bold efforts to open up their business sectors. By contrast, the poverty rates in most of Sub-Saharan Africa have not changed. Many states experienced increased nationalization coupled with huge aid packages that helped the central government continue to expand. By the 1990s, it was obvious that this aid was not making people prosperous.

What is the best way, then, for rich countries to help poor countries? Hubbard and Duggan offer an ambitious plan, a large-scale pro-business aid program modeled around the successes of the Marshall Plan in post-World War II Europe. In this plan, they suggest establishing pro-business reform goals with participating countries, lending money directly to private businesses, and having those loans repaid to governments for use in public infrastructure projects.

While The Aid Trap’s proposal is not entirely new – Grameen Bank, for example, has been offering microfinance loans promoting informal business since the 1980s – its scale is much larger than others have envisioned. The authors have designed a hypothetical $10 billion endowment program, which will  have some 75 participating countries over ten years.

Barring the creation of a second Marshall Plan, Hubbard and Duggan ask companies operating in poor countries to split their contributions between traditional charity and pro-business aid. They tell NGOs to abandon their long-term projects in favor of emergency relief and refugee aid, or to divert their attention to projects designed to develop local business. Instead of building the well, invest in a local well-building company, they say. In The Aid Trap, they make a detailed case for why we should see beyond the gratification that comes with just giving, to the less immediate rewards of helping people need fewer handouts to survive.

Excerpt: “As a group, development veterans fall into step with the public campaigns. As individuals, though, many fall away. You remember that village project you loved working on did not actually work. Or it worked as long as you were there, and you know it was bound to fail soon after you left. You saw the waste of government agencies, the SUVs of foreign experts, and the new projects arising modeled on the old ones that did not work. You return to ordinary life in your home country and watch in silence as the pro-aid campaign bubbles around you. Or you stay in development, a good citizen in whatever agency you work for, but silently checked out, no longer believing.”

Further Reading: The Ascent of Money: A Financial History of the World