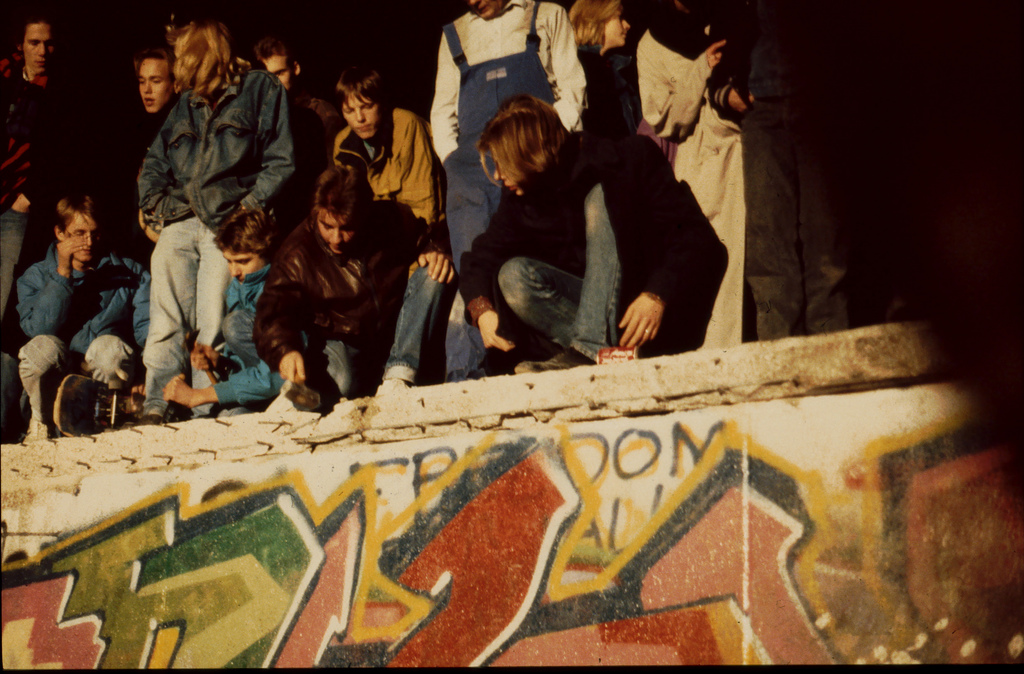 The Hawk and the Dove: Paul Nitze, George Kennan, and the History of the Cold War 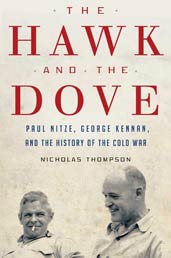 George Kennan was a brooding academic, a lover of ideas and of history. Paul Nitze was garrulous, an intense man of action. In and out of government throughout the entire Cold War, both were involved in the major debates and events of American foreign policy — from the Marshall Plan through détente and glasnost. Though at times colleagues and collaborators, and though always friendly, they were never close friends.

And yet we find them together 20 years after the fall of the Berlin Wall in The Hawk and the Dove. Nicholas Thompson, a fellow at the New America Foundation who happens to be Nitze’s grandson, uses the conventions of the double biography to explore how each of his subjects influenced American policy while using them as exemplars of America’s ideological divide during the Cold War.

At some levels, the contrast works. Kennan insisted that his idea of containment was a purely political strategy, and generally frowned upon an aggressive military posture toward the Soviet Union. Nitze, along with most of bipartisan official Washington, defined containment as a military strategy – and therefore championed massive defense buildups. But Hawk and Dove is really about the distinction between the insider Nitze, who accrued influence and policy-making power over the course of his career, and the frustrated outsider Kennan – a man changeable enough to make a clean contrast with Nitze somewhat difficult.

Kennan was a dissenter, not a dove. His thinking was so unique and unpredictable, his ideas so variegated and inconsistent – and at times beyond the pale – that it was impossible for him to be welcomed wholeheartedly into Cold War policymaking. But it was also possible to ignore him. The war correspondent Joe Alsop wrote that he has “been more wrong than anyone else and more right than anyone else.” In his famous “Long Telegram” and his subsequent article “The Sources of Soviet Conduct,” Kennan identified and explained the political motivations of the Soviet Union before most of the establishment perceived an adversarial struggle.

But Kennan was also contemptuous of democracy, once suggesting 50 years of benevolent dictatorship as the cure for Western malaise. He opposed the Truman Doctrine because he thought the American commitment too open-ended and vague. He also seems to have been at best insensitive to Hitler’s treatment of Europe’s Jews. As his son-in-law observed, Kennan knew what was going on in Germany at the time, “and he never wrote a word about it.” In a 1943 letter to his sister he lamented the failure to recognize “a Jewish problem in [America].”

Kennan’s idiosyncratic thinking explains why he and Nitze were both collaborators and adversaries during their long careers. The two worked together both developing and defending the Marshall Plan. Kennan, when he ran the Policy Planning Staff at the State Department, brought Nitze on as his deputy and groomed him as his successor. But Nitze was much more confident in the power of America as a force for good, and he supported the Truman Doctrine and multilateral institutions like NATO and the United Nations. Kennan thought the United States should, in Thompson’s words, “put manacles on our international ambitions.” After leaving Policy Planning, Kennan went on to serve as ambassador to Russia and Yugoslavia, but both stints ended unceremoniously as a result of his impolitic behavior. Kennan took defeats bitterly and personally. Nitze “treated wounds as scratches.”

And Nitze was “in sync with the times.” He saw the United States as “the center of power in the free world,” in the words of NSC-68, which he helped draft. The Soviet Union’s capabilities worried Nitze, but he believed that nuclear weapons provided leverage, and that the United States could afford to spend its way to victory. It was of a piece with the impressions he formed after World War II when he worked on the Strategic Bombing Survey, which convinced him that nuclear weapons were powerful but not beyond possibility. Kennan was “disgusted” by the rhetoric about hostile Soviet intentions in NSC-68; Nitze later characterized it as the most important document of his life. He became one of the more vocal alarmists about the threat from the Soviet Union, worried about its broad destructive capabilities and not, like Kennan, its narrower political intentions. By the time Nitze joined the Reagan administration to work on nuclear weapons reduction talks at the age of 74, “many considered him to be an unthinking nuke lover.” Others, Thompson chivalrously points out, disagreed.

Hawk and Dove is not merely about opposing attitudes on military postures, but also about what it took to thrive in the Cold War bureaucracy. Kennan was too eccentric to be an insider, unable to moderate his ideas and disinterested in trying to sell them. Nitze knew how official Washington worked, and happily for him, his views comported with a consensus – one he played no small part in creating.

Excerpt: “Two weeks before Acheson’s swearing in, Kennan sent him a long memo on the problems confronting them and the magnitude of the changes needed. It began, ‘I really have no enthusiasm for sharing with people I already have known – Kerensky, Breuning, Dumba, or the King of Yugoslavia –  the wretched consolation of having been particularly prominent among the parasites on the body of a dying social order, in the hours of its final agony.’ Nitze never wrote a sentence that vivid in his life. Nor was he intellectually at Kennan’s or Acheson’s level. He had yet to attain real responsibility, or to have written anything that attracted the attention of the people who mattered. He was still only a numbers man, if a smart one. But his temperament suited Acheson.”

Further Reading: The Wise Men: Six Friends and the World They Made

and Strategies of Containment: A Critical Appraisal of American National Security Policy during the Cold War