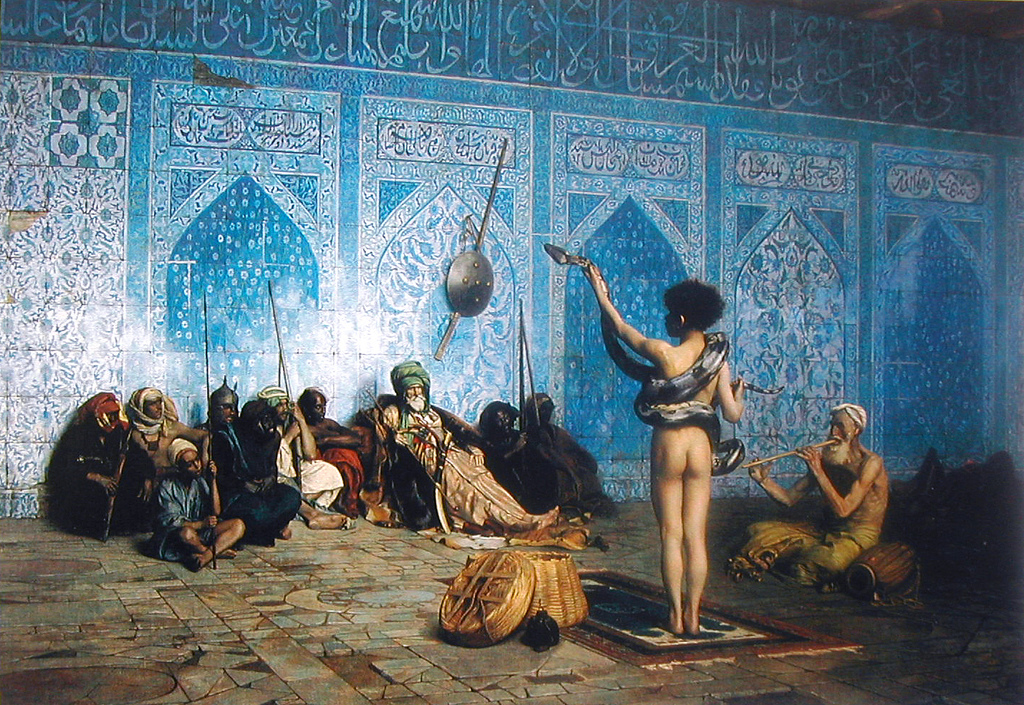 Richard Bernstein’s The East, The West, and Sex is a swashbuckling, bodice-ripping romance in which a powerful white male called West meets a mysterious, submissive woman called East. They have pages and pages of forbidden sex.

The bodice, in this case, is on the male of the species. A product of “Western Christian culture,” said male comes undone in the “polygamous East” where, whether he be a colonial officer in India or an American teacher of English in modern Shanghai, the ladies cannot keep their hands off him.

In one especially provocative chapter, Bernstein takes on Edward Said. “The cult of the exotic is more than simply a colonialist impulse. It is one of genuine curiosity, a thirst for knowledge,” Bernstein says. “But Said took this mostly progressive tradition and turned it into an instrument of colonialist domination, arguing that Western portrayals of the East – indeed the very Western attempt to know the East-was a tool of subjugation.” Bernstein turns his attention to proving that the idea of a sensuous East was real and not simply a Western perception .

He forgets, however, to check his own cultural baggage at the door. If the East is unusually sensuous, it is so only from a comparative perspective – that of a Westerner with certain notions about what constitutes sensuousness. Repeating this misappropriation of perception into reality that Said dismantles in Orientalism, Bernstein brings up the existence of pre-modern Chinese sex manuals as proof of the wantonness of Chinese sexual culture before the Cultural Revolution. He then takes 2nd century Chinese sexology to be representative of all of East, from “Morocco to Shanghai,” throughout many centuries of interactions with the West.

The trouble with stereotypes is not that they are untrue, but that they are incomplete, the Nigerian writer Chimamanda Ngozi Adichie said recently. This is especially true of Bernstein’s stereotypes, which stem not so much from complete ignorance as from incomplete study. There are extensive quotes from Western explorers ranging from Marco Polo to Richard Burton, tea plantation managers, soldiers, and sex tourists about the desirability and availability of Eastern women. As opposed to all this kiss-and-tell sensationalism, only about a handful of Asian women appear to have been interviewed for this book.

This lopsidedness is more problematic in light of Bernstein’s claims about the passivity of the East. Bernstein casts the quest for knowledge and adventure as a Western project: “Asians simply didn’t explore. They didn’t travel to the West. They essentially weren’t interested in it, except when it concerned their foreign policy.” He does not consider the scholarship of Asian explorers ranging from the Moroccan traveler Ibn Battuta in the 14th century to the Indian reformer Pandita Ramabai in the 19th century. In the same paragraph, Bernstein declares, “there are no stories of Asian men who win the affections of some Western princess.” One has to wonder how, despite unearthing the adventures of centuries’ worth of accounts of Western cads, Bernstein doesn’t mention Wicked Women of the Raj, Coralie Younger’s fascinating book on British women who married Indian men. But omissions aside, Berstein’s ultimate problem is a broader one: he doesn’t seem to understand his book’s place in the very sexual politics he tries to analyze.

Excerpt: “Most of them are slender; many are very pretty. Most men tend to like the women in the places where they can find them, and the greater availability of sexual possibilities in the East than in the West has, in most cases, little to do with the physical attributes, desirable as they may be of Asian women. But there are certainly plenty of men powerfully drawn to the small, slim-boned, black-haired women of Asia, more plumlike than melonlike of breast, spare rather than full of buttock and breast, and for those men some of the women onstage at AngelWitch do come close to Larsen’s notion of breathtaking beauty.”

and The Lady and the Monk: Four Seasons in Kyoto