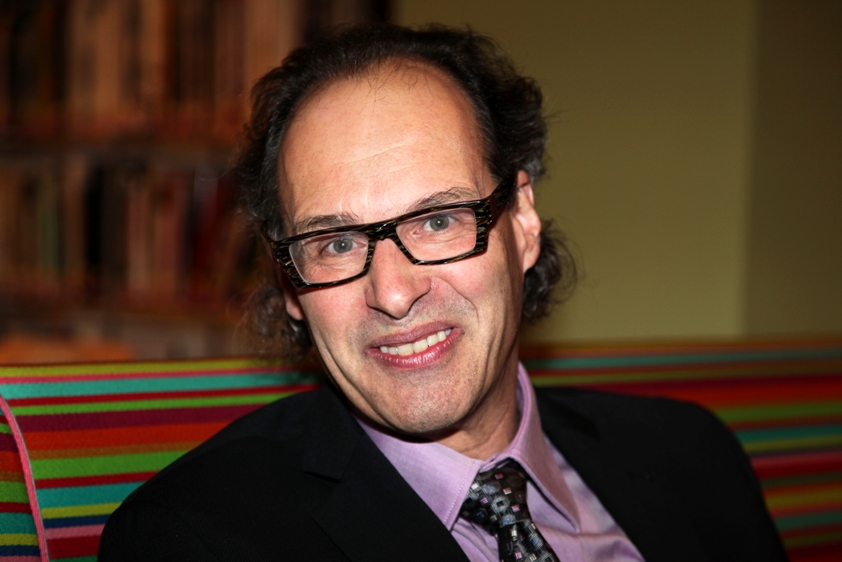 James A. Morone “was almost born in Rio de Janeiro.” The Brown University professor and co-author of The Heart of Power: Health and Politics in the Oval Office just missed the chance to be a native of the Brazilian city. “My parents got the bright idea to move to Staten Island for my birth. My brothers got to be born Brazilians,” he joked. Morone told us more about himself before taking the stage to talk healthcare reform.

Q. What’s the last habit you tried to kick?

A. Staying up until five in the morning. Every few years I try to become a more regulated person who is in synch with the rhythm of the universe. But I love to write at night, I’m a total night owl.

Q. Who is your childhood hero?

A. My first political memory was when I was a child, and I came downstairs. My parents were on the sofa in the TV room. They were riveted by something – you know how a kid knows when his parents are just riveted – and I asked what was going on. It was a news show from the Great March on Washington. My dad, who was a life-long Republican, warned me that America had had a problem with race, but that this guy, this Martin Luther King, was going to change that. It was and still is my most powerful political memory, listening to snippets of “I Have a Dream.” Martin Luther King has always been my hero.

Q. What is the best gift you have ever received?

A. When I went to teach at Yale, the people I was house-sitting for said sorry, but you have to take care of our dog. My wife wasn’t a dog person and I only sort of was. But that little guy, Casey, we ended up adopting him. He wasn’t meant to be a gift – he was meant to be a burden – but he was a great gift.

Q. What do you believe is the greatest simply pleasure?

A. Walking in the woods where no one can find you, on a cool day.

Q. What do you do to clear your mind?

A. I run as often as I can. I keep a list of my top ten runs, from all over the world, and it’s always changing. Maybe tomorrow morning my run from the hotel will make the top ten.

Q. What is your favorite word?

Q. Who is your favorite fictional character?

A. The character I most admire in fiction is Adam Bede, a character from a George Elliot novel. He knows everything there is to know about forests. There’s a lot of fiction about writers or heroes or great generals, but Adam Bede is this quiet, decent guy who takes care of the forest. But my secret answer? I really want to be Dumbledore.

Q. What teacher or professor changed your life?

A. There was a priest in my high school named Father O’Donnell, who was a marvelous teacher. I still believe he knew everything about everything. To give you a taste of him, he thought all people could be divided into Romantics and Classical people. And one day he walked into the class and drew a big R and a big C on the chalkboard and placed every student in the class on the continuum. Then he got to me and said, “There isn’t room on this board for Morone because he’s the King of the Romantics.” I had no idea what he meant but I knew it was a good thing to be King of the Romantics. I’ve dated women who would disagree, but there it is.

A. I’m going to be a total wonk and say I would love to have dinner in Paris with Thomas Jefferson and his mistress and sort that whole business out. I think the three of us could really get to the heart of this whole race thing and this whole America thing.

To read about Morone’s lecture on how to pass healthcare reform, click here.