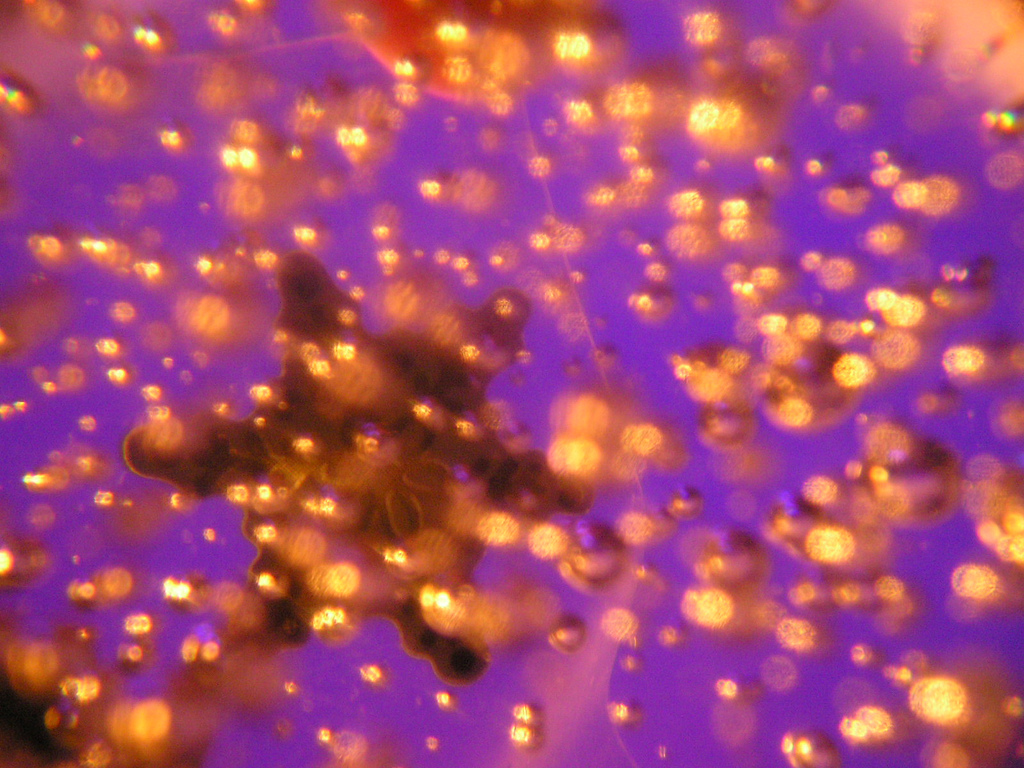 The Alchemy of Paint: Art, Science and Secrets from the Middle Ages

Does Jerry Buss know just how fitting the purple and gold of his Los Angeles Lakers are? These elite athletes are draped in symbols of immortality and beauty sent from God.

Or so you would think if you were a scientist or painter in the Middle Ages. Spike Bucklow’s articulate yet academic The Alchemy of Paint explores this all-but-obsolete worldview where color and meaning are inseparable and linked to the divine. Today, he writes, color is an “ephemeral commodity,” and suggests that we are poorer for it.

This is true, in a way. In the sort of society Bucklow describes – where the Divine is present everywhere, in every discipline – people share a system of common references, and use it to understand the world. Today, meaning is much more subjective and personal. Like a private language between lovers, shared symbolism has seductive appeal. This is Bucklow’s hook.

Bucklow looks at the making and meaning of ultramarine, vermilion, dragonsblood, metallic blues, Tyrian purple, and gold to explain a world where all natural objects are irreducible composites of matter and form. Bucklow, via Aristotle, explains it like this: “all statues owe their existence jointly to an idea in the sculptor’s head [form] and to the block of stone [matter] in which that idea takes shape.” God is the ultimate sculptor. He has given form to man and all matter.

Tyrian purple is a fine example of the link between form, matter, and the spirituality inherent in traditional science. The pigment was made by catching carnivorous snails with carrion. White wool, symbolizing the Virgin, was dyed with their toxic blood and left outside. There it “received beauty” (read: turned purple) from the fiery body of the sun (the most worthy image of God in the world, according to Dante). The color never faded in sunlight or when washed. The permanent hue represented Christ’s immortality and shared in his divinity. Because of the symbolic value of Tyrian purple, each step of this process was carefully regulated. Death or amputation was the penalty for unsanctioned dying, trading or possession of purple cloth. In this sense, purple’s symbolism goes beyond the symbolic as we understand it in secular society. In this science, color and its genesis are tangibly linked to God.

Man’s creation of anything is made possible through the interplay between God’s perfect universe and man’s imperfect world. Bucklow writes, “The heavens are reflected on earth and both heaven and earth are reflected in humanity.” So instead of determining the time for color-making processes with trial and error and an early modern stopwatch, sacred chants and symbolic time periods, for example Christ’s 40-day period of transformation in the desert, were used as standard measures. Modern scientific thought, as with losing a fixed language of color symbolism, takes the Divine mystery out of the everyday experience. Perhaps it is not the absence of the Divine in scientific method, but the loss of the perceived connections between all things that we should mourn.

“Approached on their own terms,” he writes, “dyes, pigments and metals provide access to the most profound levels of meaning in some of the greatest products of European culture.” The Alchemy of Paint is an excellent guide through the meaning of color during a certain period. However, the task of uncoding a specific work of art is up to the reader, as there is little discussion of any of the aforementioned cultural products. This is also not a comparative study on the significance of color choices in modern and early modern visual arts.

As a research scientist with a Ph.D. in the conservation of easel paintings, Bucklow deftly handles both the scientific and spiritual aspects of the making and meaning of pigment. Still, history of science prevails over art here, making color the subject that drives a modern man’s romantic exploration of an archaic way of seeing.