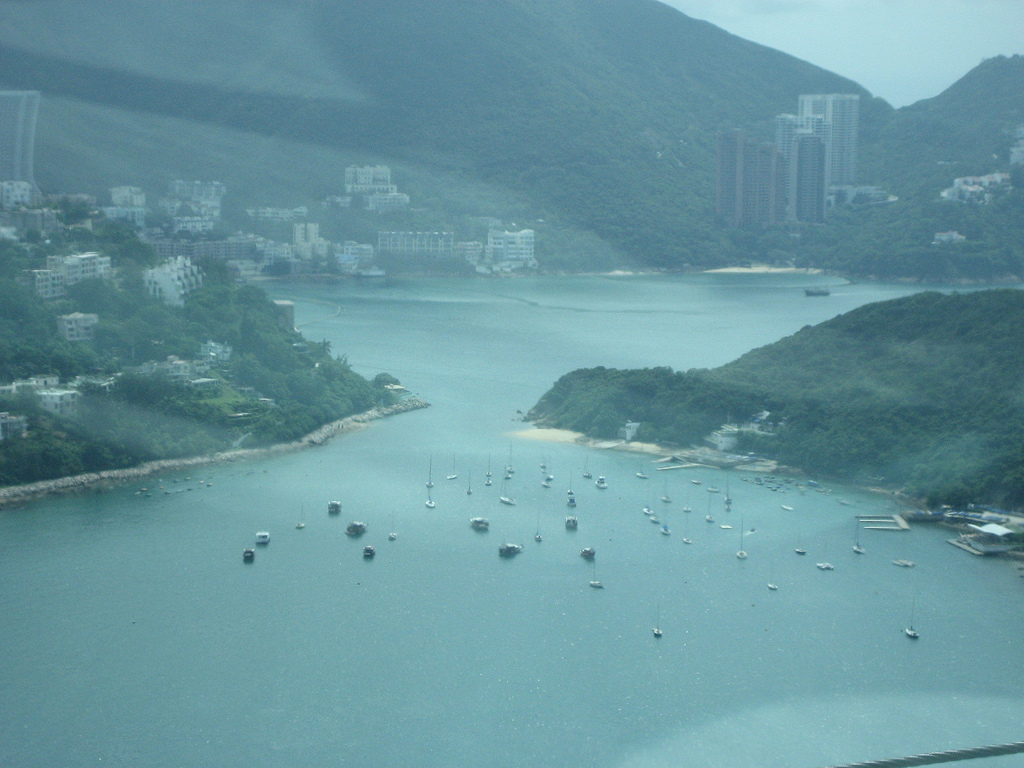 Cleo Paskal calls herself a “recovering journalist.” After years as a foreign correspondent, Paskal, now an Associate Fellow at the Royal Institute of International Affairs in London and author of Global Warring: How Environmental, Economic, and Political Crises Will Redraw the World Map

, began to see through her reporting three major shifts: geopolitical, geoeconomic, and geophysical. “The first two were relatively well-covered. We all know about the rise of Asia and the financial crisis,” she said. “But we haven’t really started, at least when I began the book, to come to grips with what the geophysical changes would mean, especially in the context of the other two.” Paskal chatted with Zócalo on why geophysical shifts have been long ignored and how they could impact our world as resources grow scarce and climate grows more treacherous.

Q. Why are people so slow to grasp the geophysical changes? Is it because they’re spread over so much time? 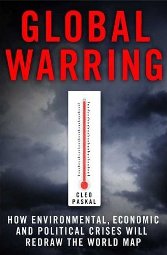 A. It’s spread over time and space, so unless you’re in an area or in a profession that is directly tied to the physical environment – unless you’re a farmer or a fisherman or something – it can seem like a series of one-off events as opposed to being part of a pattern. I actually think that’s why the developing world has a much more comprehensive understanding of the on-the-ground impact of these changes than many in the developed world. In India, the stock market actually responds to the monsoon. The New York stock market, unless a hurricane wipes out offshore oil and gas platforms, is not going to be directly affected by weather in the same way. In the developed world, we’ve become so insulated from our physical environment that it’s more difficult to see these patterns developing.

Q. What are some of the environmental factors that contribute to these geophysical changes?

A. The changes include climate change, but are not limited to climate change. There are many interrelated factors: consumption increases, depletion of groundwater, desertification, and others as well. The result is that this is not one problem. This is a cloud of a million problems. Each area will have its own constellation of challenges. That’s why it’s so difficult to manage or get a handle on. It’s not going to need one solution. Cutting carbon may be important, but it’s not going to help with the depletion of groundwater. There need to be many solutions.

A. A lot depends on what the reactions of the different players will be. For example, in the U.S., over 50% of the population lives in areas that are considered coastal. Unless there is a great understanding of what rising sea levels, increasing storm surges, and things like that will do to those areas, it’s going to become increasingly costly, and could have quite a series effect not only on economic development but also on social stability. China has a very serious water supply problem and it also has major infrastructure and industrial areas right on the coast, in a typhoon zone, such as in Shanghai. There are different regions that have different vulnerabilities. What will happen will depend very much on how much of an effort is made to integrate those changes into future planning, and to try to counter the detrimental effects.

We do know certain things are going to become increasingly problematic. Energy supplies will be increasingly compromised by environmental change. The offshore platforms in the Gulf of Mexico are very likely to face more shut downs due to increasing storm activity or intensity. Hydroelectric installations are designed for very special operating parameters – certain amounts of rainfall, particular river levels, glacier melts. All of that is in flux now. Nuclear stations require an enormous amount of water for cooling. In France, for example, increasingly high temperatures have made it difficult for plants to operate at maximum capacity in the summer. So energy sector disruptions are happening already, and are very likely to accelerate. It’s like putting together pieces of a jigsaw puzzle. We can see certain critical areas being affected but it’s hard to see what the whole picture will be, because so many of the pieces of the puzzle are changing as our reaction to these events changes.

Q. Many skeptics of the importance of these issues say a one-foot sea level rise doesn’t sound so awful. What is the worst case scenario with these geophysical changes?

A. We’re entering really unknown territory. Resources are increasingly scarce, and populations increasingly demanding. It’s a very bad combination. Look at areas like the South China Sea for example. Its low-lying islands are being used to claim very large hydrocarbon reserves. If one of those islands disappears, all or many of the claims may have to be reevaluated. Already there are skirmishes in the region between, for instance, Vietnam and China. If the area becomes increasingly unstable, it’s possible that there will be increasing conflict. That’s not simply because of environmental change – the environmental change is adding stress to an already tense geopolitical and economic situation. So it’s very important to look at all three together.

If I may, going back to the question of the one-foot sea level rise, it’s not just a mathematical change. It’s not just if you’re two feet above sea level you’ll be fine. A one-foot rise creates much more coastal erosion. It compounds storm surges and warmer ocean temperatures can give more power to storm activity. In the U.S., a lot of major infrastructure is very low-lying. A lot of Manhattan’s critical infrastructure is less than three feet above street level. It doesn’t take much to send water down subway entrances or short out electrical systems or push salt water into freshwater aquifers. Already the U.S. is in a situation where it is pushing environmental capacity, particularly in places like Las Vegas, where the aquifers feeding the city are very rapidly depleting. What do you do when Las Vegas runs out of water? Going back to sea level changes, southern Florida is basically swamp land. Miami is at sea level. It takes just a very little change to start to create some very serious impacts, and not just in the developing world.

Q. How much of this change is inevitable?

A. Unless something unexpected or dramatic happens, we’ve started to trigger feedback mechanisms that will make quite substantial environmental change inevitable. For example, the same changes that are making Arctic sea ice disappear are also thawing the permafrost, and releasing the greenhouse gas methane. The effects in the Arctic are already being seen. The thawing permafrost in Alaska, Canada and Russia, for instance, is making some of the onshore infrastructure unstable. That has global economic affect as many of those places have oil and gas, and that oil and gas infrastructure is likely to become increasingly difficult to maintain. Disruption can effect global supply and price. Also, due to inertia in the system, we’re committed to sea levels rising for decades if not centuries, even if we were to stop emitting now. The changes are here, they’re observable, and they’re not going to stop in the immediate future.

Q. How do the differences in the way the developed and developing world experience environmental change impact policy?

A. The terms are becoming kind of anachronistic. There are strong divisions within the developing world, as can be seen by what happened in Copenhagen, with factions of small islands and developing states taking positions counter to the Chinese position, for example. It really depends on which countries you’re talking about and which policies. But as for smaller countries, if you’re not talking about China, India, Brazil, South Africa and so on, there is very little they can do in the way of cutting their emissions even if they wanted to. All that they can do is look at adaptation.

I was just in the Kingdom of Tonga in the South Pacific, a very small country of about 103,000 people. They’re in the middle now of a countrywide environmental change impact assessment. They’re going to use the results of those consultations to put in an across-the-board defense. It could be sea walls, or new water capture methods, but they are very actively trying to defend themselves from the coming changes, much more so than any European or North American country I’ve seen. Because they live relatively close to their environment, they’re seeing the changes and countering them. They’ve also announced that they want to go to 50 percent renewable energy by 2012. There are incredible innovations coming out of what we think of as the developing world. We would do well to monitor those changes and in many cases emulate the sort of defenses that are being put in place.

Q. You mentioned Copenhagen – can you discuss the negotiations and how is global environmental policy moving forward?

A. What happened at Copenhagen was, to some degree, a reflection of what’s happening geopolitically in many international negotiation fora, for example the World Trade Organization, where there is unfortunate polarization between what’s considered the developed and the developing world, in part because the developing world doesn’t think it is getting a fair deal and so won’t sign on. At least the gathering in Copenhagen brought scientists and policymakers and people who implement adaptation together to share techniques and technologies to start building defenses against the coming changes. On the adaptation front, hopefully things can move forward a lot quicker than they have been on real mitigation.

Q. Do people still argue that, particularly in the larger and more advanced developing economies, development needs to come before carbon emission cuts?

A. The Chinese Communist Party needs domestic development in order to stay in power. It cannot negotiate on that. It cannot compromise growth because its political survival depends on growth. This has nothing to do with attempts at cutting emissions or whether they should. They simply have no choice given their political system. If they can have growth with lower emissions, if suddenly a new energy system comes into play that isn’t fossil-fuel based, they would be delighted, and they’re pushing on that quite aggressively. They want energy security and growth and if they can have both, that’s great. The primary goal is growth.

India, because it’s a democracy, has a little bit more leeway. There is a mechanism for the population to show its discontent with leadership that isn’t there in China. But still, the leaders of India feel its their national duty to help the hundreds of millions of people in India for example who no electricity to get electricity – they need refrigeration for medicine, and cell phones to help grow business and for education. So as long as it looks like a carbon deal will have an affect on development, it’s a nonstarter in a lot of countries.