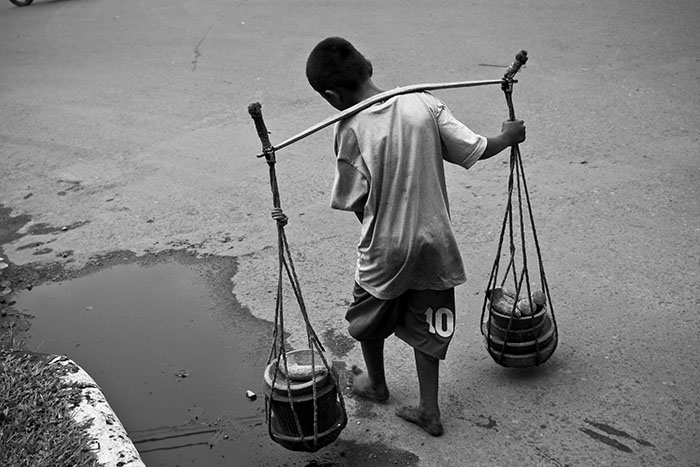 Jody Heymann’s study of working conditions around the world may not seem to have a lot to do with her clinical training as a pediatrician. “If you look at what determines health, at least half of the equation is social conditions,” Heymann, founding director of the Institute of Health and Social Policy at McGill University, explained. “The workplace is one of the biggest forces shaping the conditions under which we live, both for working men and women as well as their children and elderly parents.” Heymann, co-author of Raising the Global Floor: Dismantling the Myth That We Can’t Afford Good Working Conditions for Everyone

, discussed with Zócalo the common myths about working conditions and economic growth in the U.S. and around the world. 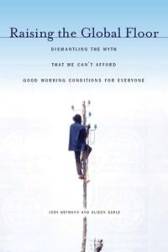 A. There are two fundamental economic theories that, when we started this endeavor, we questioned whether they were true. At the time, we didn’t have the data to know, but now we do. First, is it the case that improving working conditions drives away companies, and as a result, drives away jobs and leads to higher unemployment? Second, do good working conditions lead to a less competitive country? These two possibilities had been theorized by some economists, but the data didn’t exist to really figure out whether they were true or not. And yet they were propagated as fact, not as theory.

It turns out they’re just not factually true. Over an eight-year period, we put together the largest global database to examine policies around the world. We looked at 190 out of 192 United Nations countries. Take sick leave, for example. It’s tremendously important for people to keep jobs and keep a decent income when they are ill. Most of the world does provide sick leave – 163 countries provide paid sick days or leave, and nearly 100 of these provide it for six months or more. Moreover, countries are able to guarantee paid sick leave while competing effectively. In fact, 14 of the 15 most competitive countries provide paid sick leave – only the U.S. doesn’t. It’s possible for the U.S. to do it, it just doesn’t do it. Eleven of the 13 countries with the lowest unemployment rates in the OECD provide paid sick leave. The only ones who don’t are the U.S. and South Korea. In the U.S. we’re debating whether to provide paid sick leave for seven days. Passing the Healthy Families Act would mean that working adults would know that they could stay home when they have the flu, or keep their kids home. Even if seven days sick leave were passed, the US would still lag behind 155 other countries. This pattern of the U.S. lagging behind other countries holds across other areas, too. Fourteen of the 15 most competitive countries provide paid annual or vacation leave – only the U.S. doesn’t. Twelve of the 13 countries with the lowest unemployment rates provide paid annual leave, except for the U.S. I could go on, going through very similar facts, for a wide range of basic protections for working adults.

Q. What are some of the baseline conditions we need for a global floor?

A. What we try to do in raising the global floor is to take as examples – they’re certainly not a comprehensive list – a handful of policies that matter to working men and women, whether or not they have family members, and another handful that matter to families. Paid sick leave matters to everyone who is working. And it also matters whether people around you have sick leave. You need to know for your own health whether food service workers have sick leave. When they don’t, it dramatically increases the risk that they’ll spread disease. You should worry about  nursing home workers caring for your parents, whether they have paid sick leave. Other factors matter to individuals too – annual leave, weekly day of rest – conditions like these that influence whether people are able to take time off. With working families, we look across the life course, examining the impact of paid leave for new mothers and fathers, breast-feeding breaks, paid leave to take care of kids and adult family members. Are there other conditions that matter? Absolutely. But these were a series of core ones designed to examine the question, can we have a floor? The answer is yes, there can be a global floor, and the amount of global consensus makes that clear.

Q. How are developing countries handling putting these rules into place?

Q. Why is the U.S. the odd country out on so many of these policies?

A. It was an experiment, in many ways, in the U.S. to see if companies would provide these conditions voluntarily. For a half century we’ve had many working men and women caring for children or aging family members while continuing to work. The good news is that there are a large number of companies in the U.S. that do provide good benefits voluntarily. These firms show that companies can compete in America while providing sick leave and other essentials. The bad news is that while a significant number of employers do guarantee decent conditions, an equally important number don’t. As a result, in the end, tens of millions of Americans have lacked basic protections; the voluntary experiment has failed. It has left more poor women and men than middle class, and more middle class working adults than affluent people without sick leave. Millions of Americans are left without any kind of paid annual leave and the overwhelming majority don’t have paid parental leave.

Q. How has the recession changed the effort to improve working conditions?

A. One thing that the economic recession has done is made these working conditions far more important for individuals to have. A lot of families lost assets. Before they might have had the savings to cover parental leave on their own. Individuals as well as families might have had some savings to help cover the beginning of a long illness. They don’t have that now, or at least they’re less likely to have enough savings which makes it all the more crucial to have these protections in place. Illness is one of the leading causes of home loss and of bankruptcy. People suffer great economic losses in the US for two reasons when they are sick. One is the lack of health insurance, which urgently needs to be addressed. The second is not having any income from their work while they’re sick.

The recession has also made these fundamental questions – of whether countries can afford to have good working conditions in place – much more crucial to answer. Here again, the data strongly supports the economic feasibility of providing working adults with decent conditions. I’ve talked about the overall findings, but looking at a couple of countries can also illustrate this. In the past year, Norway has had twice the GDP growth of the U.S. and one-third the unemployment of the U.S. Yet while having these far better economic indicators, Norway has ensured that everybody has at least a month of vacation and six months of paid sick leave available, along with at least a year of paid parental leave and more than two years of being able to breast-feed while working. They’ve had these series of working conditions in place for individuals and families while getting through a recession with less unemployment and more growth. The same could be said of the Netherlands and other countries.

Q. How do working women fare compared to men on issues like paid leave?

A. In the absence of national guarantees, women do worse than men. In the U.S., where we have no guarantees for paid sick leave or annual leave, you see disparities widening in two ways. Women get less leave than men, even though women are more likely than men to need leave to care for a family member in addition to caring for themselves. The second kind of disparity is one of social class. The lower your income, the more you need paid leave, and the less likely you are to have it. In countries where the guarantee is in place, then the guarantee is for everyone, and overwhelmingly it matters to women because it raises the floor, and it levels conditions for men and women. There is only one exception to this – paid maternity leave versus paid paternity leave. There the world has done better by women than by men. There is far more paid maternity leave – 177 countries have it, and only 74 have paid paternity or other paid leave for dads. New moms have longer leaves than new dads. That disadvantages fathers and it also inevitably disadvantages women. It sets up for less equality at home and therefore less equality in the workplace.

Q. What should the U.S. and other countries be doing now to improve conditions?

A. From a global perspective, I think what the evidence shows is that we could have a global floor. We could reach agreement on basic conditions that should be in place everywhere. That is the most crucial next step globally. From a U.S. perspective, we urgently need to put the basics in place. There is no excuse for being the richest country on the planet and not ensuring that everybody can take leave when they get sick, that everybody can care for family members. Beyond the U.S., is those countries that have leave for new moms but not new dads, they need to pass parental leave for fathers as well. Similarly, in countries that provide sick leave only for workers, it is important to enhance paid sick leave to also cover care for family members, as most workers care for their immediate families as well as themselves.