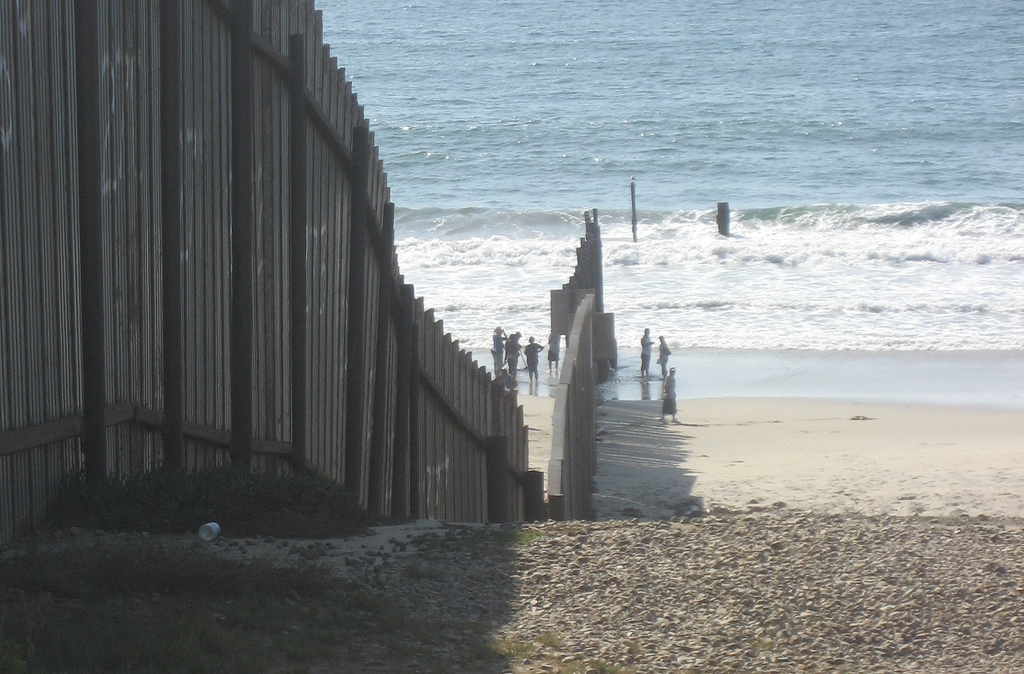 Tomás Jiménez knew that something was missing from the way the press and academia portrayed Mexican Americans. Growing up in California in a Mexican American family, Jiménez said he noticed “that there was an incredible amount of diversity within the Mexican origin population – socioeconomic diversity, diversity with respect to legal status, diversity with respect to language abilities, the way people looked.” Jiménez, a past Zócalo guest, began to study immigrant assimilation, particularly the differences for Mexican immigrants and early 20th century European immigrants. “Things really were different for Mexicans. You can be third, fourth, fifth generation, and if you’re growing up in California, in all likelihood you’re running into Mexican immigrants every day,” he said. “If you’re fifth generation Italian, you almost never bump into an Italian immigrant.” Jiménez , author of Replenished Ethnicity: Mexican Americans, Immigration, and Identity

and a New America Foundation fellow, discussed with Zócalo the Mexican immigrant experience, the challenges of assimilation, and how immigration debates and drug wars complicate the process.

Q. What is ethnic replenishment, and how does it change the Mexican American experience?

A. The idea of replenishment I think of more as a demographic concept, but also a kind of cultural concept. The demographic concept simply means that there is a constant and fairly large immigrant population coming from Mexico into the U.S. Even as an immigrant population that came from a previous era kind of grows up and passes on, giving rise to generations of U.S.-born, there is still another wave of immigrants moving in after them.

The cultural concept of replenishment has to do with the affect that the constant influx of immigrants has on the people who came before. It has to do not only with the access that people have to all of the things we do to feel attached to an ethnic identity – speaking a certain language, eating a certain food, listening to certain music, dressing a certain way. But there is also replenishment in that people notice a sense of ethnic difference among later-generation Mexican Americans because there is so much immigration. What I mean by that is later-generation Mexican Americans – those people whose families have been here for several generations – still experience a sense that they are treated in some cases as foreigners, despite the fact that their families have been in the U.S. for several generations. There are assumptions about what it means to be of Mexican descent and those assumptions are informed by immigration and all the political and social attention given to immigration.

Q. How do Mexican Americans of different generations relate to each other, and to immigrants? 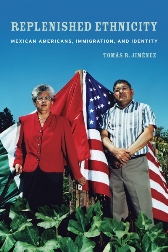 A. I think the relationship is pretty ambivalent. The people I studied feel as though, in one sense, they like having all the immigrants around them. In an age of multiculturalism, where no one wants to be plain vanilla, immigrants add ethnic vibrancy to their lives, and so they get to maintain traditions that most other groups leave by the wayside, or explore only sporadically. Mexican Americans have access to the customs, the languages, the celebrations, at all times.

That’s the positive side of the ambivalence. The negative side of the ambivalence comes from the sense that later-generation Mexican Americans have that the negative attention given to Mexican immigrants affects them too. There is a way in which the poverty and the unauthorized status that a lot of Mexican immigrants have sours the perception people have of Mexican origin people in general, regardless of their generation. It doesn’t necessarily get at the interactions between generations. Where these interactions generally happen is between Mexican immigrants who are more established in the U.S., and Mexican Americans. They rarely have meaningful sustained interactions with recently arrived immigrants.

There is also marriage between people of different generations, which is one way in which that cultural replenishment I was talking about takes place. Over the course of the 1990s, intermarriage rates for Mexicans went down, partly because there were a lot more people of Mexican descent to marry.

Q. How does the way in which Mexican Americans are sometimes seen – as foreigners even if they were born here – compare to the experience of other groups, like Europeans or Asians?

A. If you go back to the turn of the century, and read about some of the things that especially Southern and Eastern European immigrants experienced, they sound a lot like the things that today’s Latino and to some extent Asian immigrants experience. Back then, there were fears about how Southern and Eastern European groups were remaking the United States into something that made some people uncomfortable, people who bought into the Northern European, Anglo roots of American identity. I think the same thing is happening now.

Later-generation descendants of European immigrants are accepted as part of the mainstream in many ways. Part of that has to do with the way they look – it has to do with the fact that they are from Europe and have lighter skin. But part of it has to do with the fact that, with the passage of time, we’ve become very comfortable with those past immigrant groups having integrated into U.S. society – the surnames they brought with them, the customs, they’re all taken for granted ways of being American. The St. Patrick’s Day parade is an ethnic celebration connected to a group that was long despised and at one time seen as very un-American. And now we think that this is just something Americans do. This is also due in part to the fact that immigration has stopped. That has allowed these groups to be seen not so much as foreign but as American ethnics.

Asian groups have a different experience as well. The difference is partly due to the way they look, and partly to their history in the U.S., a history that includes discrimination that – I think a few people would dispute this – was harsher than what Europeans experienced. And like people of Mexican descent, later-generation Japanese and Chinese Americans are still attached to a sense of foreignness partly because of the demographic weight of immigration. Instead of those folks being seen as American ethnics – though it is happening to some extent-they’re seen as a group of foreigners. What’s also interesting about Asian immigrants is that no single group tends to dominate demographically, and Americans do a very poor job of telling apart people from the different Asian countries, except I think for South Asians versus Southeast and East Asians.

Q. What’s the future for Mexican Americans – are they becoming American ethnics as well?

A. I think it is happening to some degree. You have people who are very prominent Mexican Americans, whose ethnic ancestry is very clear and very much signaled in how they do things, but it doesn’t define everything they are. Think about the mayor, Antonio Villaraigosa. The reason why he won the second time is because he did not run as the Mexican American candidate, although that was clearly a part of who he was. He ran as the candidate for the mayor of Los Angeles, writ large. There is a sense now, especially with Latino politicians, that people in high-profile positions can be of Mexican descent but they can transcend ethnicity as well. It doesn’t have to be everything they are. I think when that situation exists for millions of people of Mexican descent, then you will have the notion that the Mexican ethnicity stands alongside Italian and Polish as an American ethnic group. The question remains whether that can happen as immigration keeps on going. My sense is that, even if immigration keeps going, it can happen if immigration is less of a political issue than it has been in the past few years. It got very uncomfortable to be of Mexican descent in 2006 and 2007, when the debate was running really hot. And my speculation is that the drug problem today only adds to the stereotype we’ve long held about Mexico – as a lawless land. Even before the drug problem heated up, you would hear about people not wanting to go to Mexico because of bandits. So this certainly can’t help.

Q. Some Americans seem especially afraid of Mexican immigration – where does this fear come from?

A. I think the fear is really about cultural change. Intellectually, it’s not hard to understand – emotionally it’s a different thing. We’ve never had numerically more immigrants in the U.S. Slightly more than three in 10 of those immigrants come from Mexico. The demographic weight of the Mexican origin population is large, and there is a huge proportion of the population that is unauthorized. I think people use the idea of illegal or undocumented or unauthorized as a euphemism for saying, “We don’t like how they’re changing us culturally and racially.” I think that’s a salient way that people look at immigration. The fear is largely cultural.

I have my own concerns, largely related, especially in California, to the state of our public schools going from kindergarten all the way up through university. We live in a time where 50 percent of all school-aged children in California are immigrants or children of immigrants. The engine of mobility for immigrants in the past has been schools. But our schools are in disarray right now. If we don’t do a better job, or create opportunities for immigrants to realize their full potential, the kind of assimilation we’ve grown accustomed to probably won’t take place. The second concern I have is the large number of unauthorized immigrants. That is the biggest handicap to assimilation. I think it’s actually a disaster to have so many people who can’t participate. Those are concerns that we can certainly address. They’re a different flavor of concern than the one that is based on the belief people don’t want to become American. That just isn’t true.