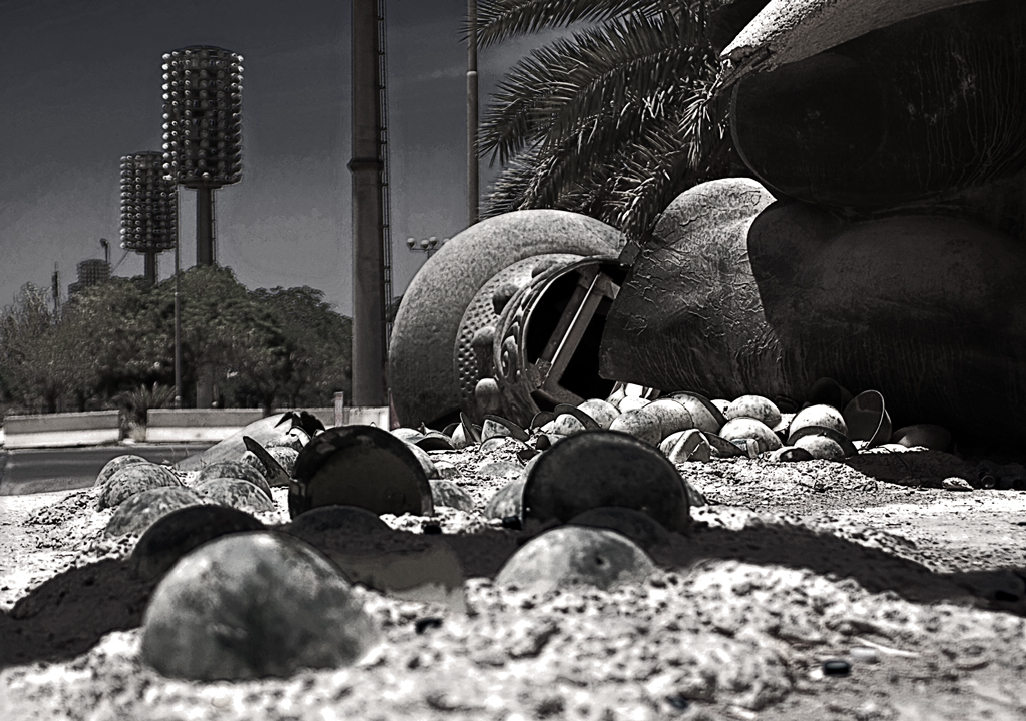 with three colleagues when they realized, he said, “how important this war is going to be to this generation.” Just as the Vietnam War was documented through collections of key papers, Sánchez and his co-editors pulled together as much objective material as they could to understand the origin and import of the Iraq war. Below, Sánchez discusses with Zócalo the old origins of the war, its shifting justifications and fronts, and what’s missing from The Iraq Papers.

Q. Most of us know well the debates in the months and years leading up to the declaration of war on Iraq in March 2003. What events before then made the war possible?

A. That’s something we had a lot of debate about. There were some who believed the origins of this went back at least a century, to 1898 and the beginning of the American hegemony in the world. Some of us believed the origins were more recent. Although there were some constants, some obvious trends and patterns that can be traced back to points in the past, some of us believed that the conditions that produced this particular war were more specific and new. Some of us said, look at this in terms of how this country has acted toward Latin American, how it has engaged in preemptive acts in Latin America – overthrowing elected leaders, engaging in invasions of various kinds. What happened in Iraq in that sense is not very different from what happened in the Dominican Republic or Nicaragua or Chile or in a number of other places around the world where U.S. fingerprints can be identified. The U.S. has often taken an intrusive position toward the domestic policies of other countries.

Although all of this is true, it isn’t sufficient to explain this war. Some of us argued instead that  the specific antecedents of this particular war could be traced back to the 1990s, when some people affiliated with the Project for the New American Century began to take a position about how the U.S. should respond to the fall of the Soviet Union. Their argument was that, in the early 1990s, the U.S. had a wonderful window of opportunity to fix a lot of problems around the world without confronting a rival super power that might get in our way. They called this the “unipolar moment.” It may not last for very long, they argued, so we had to take advantage. Those who made this argument – Paul Wolfowitz, Donald Rumsfeld, Dick Cheney – tried to convert President Clinton to their position, including encouraging him to topple Saddam Hussein. They believed a lot of the problems confronting the U.S. could be traced to the Middle East, a politically and economically dangerous place, and the region we rely on most for oil. They focused on Saddam, as a secular leader of a Muslim country sitting on the second largest reserves of oil in the world. They wanted to topple him rather than simply contain him, as the U.S. had done after the first Gulf War, with no-fly zones, the establishment of a semi-sovereign Kurdish state, weapons inspections, and no nuclear capacity. Clinton rejected the argument. 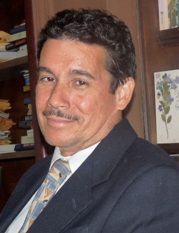 When George Bush was elected, they saw a new opportunity.  Many of them were able to move into his administration. They made the argument again, and Bush kind of agreed with them, but he didn’t take any action. The public, the Congress, and the world would not accept it.  When 9/11 happened, there was another great window of opportunity. The argument to attack Hussein began to make more sense to Bush, but he was still not in a strong position to invade Iraq. Al Qaeda was lodged in Afghanistan, not Iraq.  We invaded Afghanistan, got rid of the Taliban, but didn’t do much to pursue Al Qaeda; we wanted Saddam to regain control of the Middle East. The initial justification, of course, was that Al Qaeda was related to Iraq, that Saddam had or wanted to get weapons of mass destruction, and later that Saddam was a nasty dictator and needed to be toppled, and finally, they argued, the purpose was to establish democracy.

Q. How radical a shift was this in American war and foreign policy?

A. It was a radical change in terms of foreign policy in general, but not in terms of Latin American policy. We had always been interventionists there, and, frankly, in other parts of the world – Angola, Iran, of course Vietnam. But it had never been a consistent general strategy.  We could not get away with idea that we had the right to reshape the world in our own image. This is something that the neoconservatives believed they could do because there was no Soviet Union. 9/11 provided them with the fuel to make this argument. It was a shift, though. Colin Powell recognized this. [His Chief of Staff] Col. Lawrence Wilkerson, who resigned after Powell’s United Nations speech, recognized how radical a shift it was, and how destructive it would be for our credibility around the world.

This radical shift towards a preemptive strategy lasted throughout the first five or so years of war. The Bush administration was mostly very stubborn about changing its perspective.  Eventually, Bush did begin to see that the strategy wasn’t going to get us very far. We hadn’t been able to help Iraq recover; we had been embarrassed by Al Qaeda’s growth in Iraq when it hadn’t been there before. We had lost credibility with the rest of the world. Bush began looking for alternatives, and he listened to some younger people in the military like General David Petraeus, who said we can’t win a war against an insurgency by using arms alone. The whole surge was actually misunderstood. Many people saw it as a military surge, putting more soldiers on the ground, when it wasn’t – it was a civilian surge. We infused the military into many small towns and provinces and made connections. We tried to be respectful and listen to them and give them aid.

Q. What is the justification now, for the Obama administration, for remaining in Iraq and for escalating in Afghanistan?

A. Barack Obama is very clear that we have to leave Iraq, and the only justification for staying is that we can’t leave it in shambles. There’s no claim anymore, really, about building democracy. The threshold for leaving is much lower. And events there show that if it is going to be a democracy, it’s not going to be one anytime soon. Just recently the Electoral Commission disqualified 500 candidates who wanted to participate in upcoming elections, many of them simply because they are Sunnis. The kind of sectarian civil conflict that we have helped to unleash there has not gone away, and is not going to go away anytime soon. 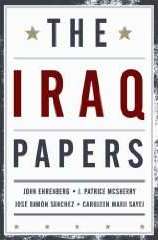 Obama says we’re in Afghanistan because we’re trying to deal with Al Qaeda, our original target. When we left Afghanistan before entering Iraq, we did so because we were more interested in Saddam Hussein than in Al Qaeda. Obama came into office making the claim that he was going to finish the job. But Al Qaeda is entrenched in Pakistan, not Afghanistan. The problem Obama has is that our relationship with Pakistan is very difficult and sensitive. We want them to fight Al Qaeda and the Taliban, but many sectors of that government, including the military, are allied to some extent with Al Qaeda and the Taliban. We can’t push them very far. Obama is trying to offer incentives and penalties, to put the screws on them, but there is only so far we can go. We can’t send in our troops. So we claim to fight Al Qaeda in Afghanistan but they’re not really there. But if the Pakistani government does launch a serious fight against Al Qaeda, they will spill back into Afghanistan. So, the bottom line is that we’re in Afghanistan to prevent Al Qaeda from moving back in.

Q. How has the war on Iraq transformed our policy on fighting terror?

A. A lot of other countries around the world, like the U.S. during the 1990s, know you can’t really fight a terrorist group by claiming a war against them. That’s exactly what they want. They want to elevate themselves to positions of equality with states. That gives them more recruits, makes their claims seem more serious, and raises the historical stature of their movement. Most countries around the world realize the only way to battle a terrorist group is to treat them like any common criminal who has harmed or killed innocent people. Obama has been trying to do that here, but he keeps getting criticized for it, from those who say Obama is afraid to declare war against Al Qaeda. They don’t realize there’s a good reason not to declare war. People still think we can win a war against a terrorist group. It didn’t happen in Ireland, it didn’t happen in Vietnam.

Q. What does this mean for our justification for staying in Afghanistan, to fight Al Qaeda?

A. Some have argued that if we’re going to keep the troops in Afghanistan, they shouldn’t just be maintaining a holding pattern. Instead we should use the troops to rebuild schools and hospitals. Eventually the Taliban are going to come back into power there. What we want is a society that may have a Taliban leadership, but one that doesn’t declare the U.S. as its enemy. Ultimately we cannot reshape their internal domestic politics. All we can do is encourage them in certain directions.

Q. Was there anything you felt didn’t make the book that should have been included?

A. We had many battles and many conflicts over what to include and what not to include. One thing I wanted was a greater discussion of the role of religion and how that influenced the Bush administration to declare war against Iraq. It’s an interesting internal contradiction. You have the U.S. engaged in a mission to do away with Al Qaeda, which is a radical religious sect. But that mission was sponsored by a president who had a similar fundamentalist belief about how the world was made and shaped by God, and the prominent role they gave to God in public affairs. It’s an interesting parallel. I wanted to spend time on that but there’s only so much you can put in the book. It would have been a psychological or cultural look at what happened, rather than a policy discussion.

But every day I do keep seeing more and more material in the newspapers that confirms the overall position we took – that preemption was such a radical and false strategy that was self-destructive. We see more of it every day. Even the chatter about how to enhance security in airports gets back to the dilemma of how to deal with security issues in a democracy. There is always a tradeoff.  But at some point, we have to draw the line – the public, not the government. And sometimes the public is misinformed about how secure the government can really keep us. If you think about how that young Nigerian man got onto the plane, you can say that there were problems with the no-fly list, that we need better-trained personnel and better methods. But ultimately, the truth is that if someone wants to find some window, some loophole, in our security, they will find it. What will keep us safe, ultimately, is maintaining our democratic values and championing them, even during the most desperate and dire moments.