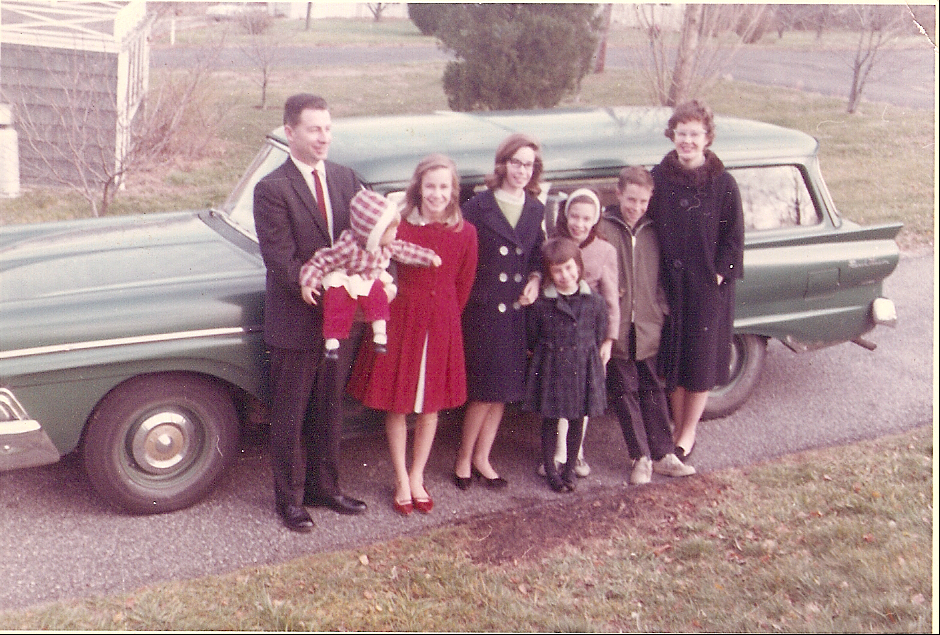 Catherine Lutz and Anne Lutz Fernandez grew up together, as Catherine put it, “in the backseat, getting driven around, going on at least an annual family adventure in the car.” Their relationships with cars grew more complex in adulthood: both have lived in cities with easy-to-use public transportation, and in suburbs where cars were a costly necessity, and traffic a constant frustration. When two people they were close to died in car accidents, the two began work on Carjacked: The Culture of the Automobile and Its Effect on Our Lives

. They talked with Zócalo about the complex American relationship with cars.

Q. What is the broader symbolic value of cars for Americans?

Anne: Certainly they tap into a lot of family values. Early nostalgic memories are very family-oriented. The car comes to symbolize a lot of what it means to be a good parent. As we get older, we want to recreate the kinds of memories our parents created for us, and a lot of those involve the car. What we found when we interviewed men in particular was that many of them had spent a lot of time around cars – fixing them up or admiring them with their fathers – and that they found that to be a really important bonding experience. And of course, as we move from childhood to adolescence, and as we approach getting our driver’s licenses, the car becomes this symbol of freedom. We interviewed a lot of teenagers, particularly those a year or two away from getting their licenses. The car really was this shining symbol for them of all they were going to acquire when they got their license: freedom from the family, freedom to really go out and explore their world. A lot of the adults we talked to also got very excited remembering that feeling they had when they got their licenses and that sense of liberation.

Catherine: The other two things that we heard a lot from drivers and car owners is the idea that the car is a great way to express yourself and who you are as an individual. The American value of individualism – the notion that we don’t all look the same or sound the same or think the same, but that we should each be unique – has been tied in by Detroit’s advertising to the car itself. If we put ourselves in a particular kind of car, we’re telling the world something about ourselves. That’s something that is not true of, say, our fridges. It’s true of fashion and some other consumer items, but the car is this very expensive version of that tendency we have as Americans to buy things as ways of expressing something about ourselves. People get into trouble financially because of that – expressing yourself with shoes is easier than expressing yourself with a car.

It’s also fascinating how often the car is seen as the most modern thing in our environment, that it’s always moving into the future. We assume it defines progress with its always more elaborate technology, better safety features, and so on. The idea that science and technology are going to save us from the problems that the car causes is a curious one. Traffic, high rates of death and injury on the highway, global warming – Americans have faith that science will get us out of all these problems with alternative fuels, better safety devices, and so on.

The other thing that’s interesting is that even though the car represents freedom, many people also say how frustrating it is to be un-free in a traffic jam every day, or un-free in the sense of being tethered to a monthly payment, or having to buy gas at whatever price the station is charging. People do talk about the pleasure of the car and the pain of the car with the same concepts and values.

Q. Are these associations with cars uniquely American, or unique to cars themselves? 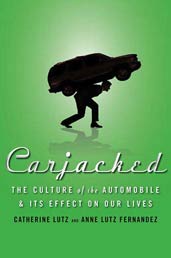 Catherine: We didn’t do a lot of cross-cultural work. That’s one of our next projects. I do think it needs to be looked at – how the Chinese or the Indians see the car as it becomes more and more popular, how they have been sold the car, and with what hopes and ideas they are buying the car. Cultural values aren’t universal, but there may be a few things about the car that turn up again and again.  And it is tremendously important to understand this if we are not to be a 2 billion car globe in a few years, as Sperling and Gordon project in their new book.

Anne: The way automakers market cars for us – saying that this is the right car for you, that this makes you an individual, you won’t conform, you’ll stand out – has been used over the past couple decades across product categories and across the country. It has proven to be effective marketing for Americans. It’s not unique to cars, except that much of what we buy, no one sees, or they’re less likely to see. We can’t drive our house around. Other than clothes, there are few consumer products that are as visible as the car, and the car just happens to be a very very expensive product.

Q. Is the image of the car as a modern object, a thing of the future, still holding today despite the industry’s problems?

Catherine: I think it is. The car manufacturers do want to continue to draw on that appeal. But they do it now more with the interior of the car, the various electronics that are inside, and this has helped to drive the price of the average car up very substantially – much more than the rate of inflation could account for – by making the interiors more luxurious. So they’re able to say, wow, look at this, each person is going to have the Internet in his or her car, and each passenger will have a separate monitor or mp3 jack.

Anne: We still do see this remarkable faith in the automakers-  that they’re going to produce the miracle car. If you go to the auto shows, there are more and more concept cars that run on alternative fuel. We even see this in marketing. On Facebook for example, you can become a fan of the Nissan Leaf, their electric car that doesn’t exist yet. Right now there are over 10,000 fans – there are that many people just on Facebook who are looking forward to this car that Nissan says is likely to be produced in 2012 or 2013. They’re using the Leaf to bring you to the Nissan site and saying, we have these other gas-reliant cars you can buy now.

Catherine: We’re still using a lot of the same technology that we have since the invention of the car.  We’re mainly driving around with the same gas mileage as the Model T had.

Q. How does the future of the car look, given the recession?

Anne: It’s hard to say. We’re keeping track of what the automakers are doing, in terms of whether they can continue to remain as profitable as they’ve been in the past. If you think about what went on in the 1980s and 90s, as cars became bigger and more and more powerful, they became more and more expensive. The average price of the American car is $26,000, 25% higher than it was a couple decades ago. They’ve managed to lead us to spend more and more on our cars. Now, with the volume of sales dropping, they’re in trouble. They’re scrambling to try to figure out how they can return to that kind of profit. When we look at where we are today, we realize that was unsustainable, to have that many automakers selling that many costly vehicles to that many people was not a sustainable system. And now they’re going to be forced either by consumer demand or the government or both to produce cars that pollute less and get better gas mileage or don’t rely on gas at all.

What’s been happening at auto shows provides some hints. And as Cathy mentioned, as we move to smaller cars, one strategy for automakers will be to continue to load up the car with all these luxuries and electronic devices that they can charge us for, so they can keep the average price of a car high, even though smaller cars have traditionally had a lower profit margin for automakers. This is a way to get high-margin SUV-type returns on smaller cars. As consumers we have to be aware of that trend – that we don’t want to luxurify the small car so it becomes as expensive as the bigger, more fuel-consumptive cars.

Catherine: The other thing about the future of the car is that it is the future of the recession – how long it takes for housing prices to recover, for people’s retirement funds to recover. In the last decade or two, people have been going on a kind of buying spree with home equity, taking home equity out and using that to cover car debt. The car has become the second largest expense for American households, which spend $14,000 on average annually to own and operate two cars, the average size of the household fleet. There are more and more people for whom it was unsustainable. Those basic factors of change – high unemployment, decimated retirement funds and home values – mean you’re going to find that no matter how people feel about cars, they won’t buy as many. Used car values are going up as a result, and it will become more and more the norm for people to keep their cars longer, to get rid of one of the cars they have, or to carpool or use transit. The economic realities seem to be fairly long-term ones.

Q. What would this changed economic reality do to the symbolism of the car? Will we start to see the car as just a 20th century thing?

Catherine: That would be nice. It’s a question of whether the carmakers have developed the same bad reputation as the banks – whether they’re seen as friends of the public or a real burden, as people who are preying on the consumer through exorbitant financing charges or dealer fraud and other scams.

Anne: We’re hoping that bringing attention to these various myths that have been calcified around the car, will help people resist car advertising. If they recognize that we have emotionalized the car, then when we go to the dealer to buy a car, we can think about whether we really need a new car. People are really starting to see the car once again as a mode of transportation, rather than as the vehicle for all these desires and ideals. Even if we could all be driving around today in cars whose tanks we fill with a garden hose,  we’d still be overspending on cars, and we’d still have traffic and an obesity problem and crash deaths and injuries. We focus only on the environmental concerns when we consider the future of the car. But we need to consider broadly the future of transport. We’re in danger of only solving part of the problem, and not solving it quickly enough. The 40,000 deaths a year is still an amazing and horrible feature of everyday life that alternative fuel doesn’t do anything for. And we often ignore the injuries – the annual figure is 2.5 million people injured in cars every year.