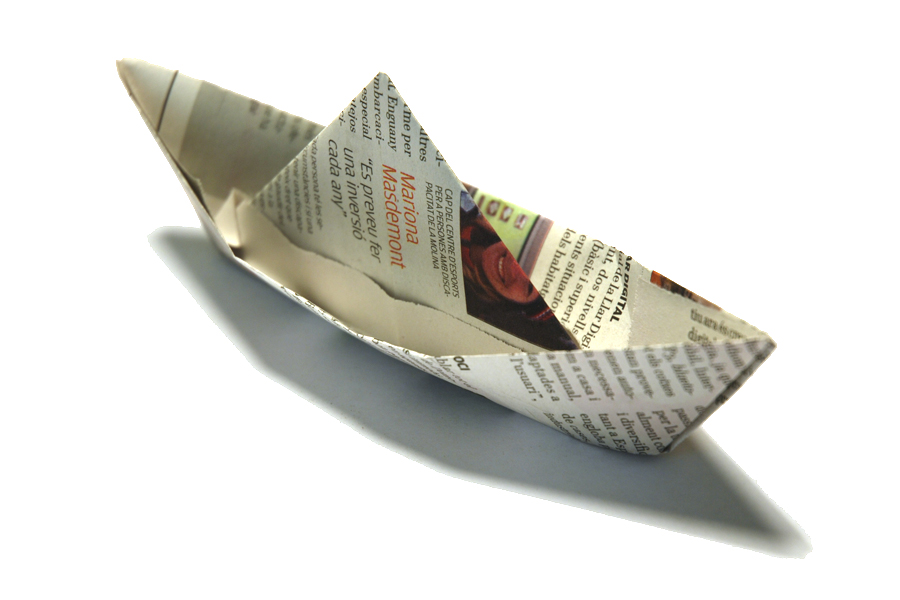 The Death and Life of American Journalism: The Media Revolution that Will Begin the World Again 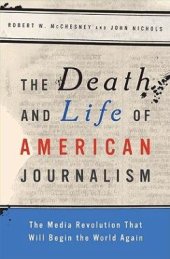 Healthcare reform passed perhaps because enough people recognized a hard-to-swallow truth: people need healthcare and the free market is not providing it well enough. Substitute the news for healthcare and you have a compelling argument for subsidized journalism.

Robert W. McChesney and John Nichols do not make this explicit analogy in The Death and Life of American Journalism, but they do say that journalism – quality journalism – is a public good that, when left to corporate devices, hemorrhages its best reporters and editors and ultimately leaves Americans in the dark. The way they see it, the collapse of American journalism is as much a threat to democracy as the collapse of the American healthcare system is a threat to the economy. Their book is a reframing of the news media debate and a proposal to save journalism.

Death and Life takes a larger view than the Internet-savvy entrepreneurs who see new technology as both the killer and savior of journalism. To be sure, the Internet is a serious challenge to financial solvency, but McChesney and Nichols, founders of the media reform advocacy group Free Press, show that the crisis runs deeper. “The entire corporate news-media system is disintegrating,” they write. “Simply remaking business models to squeeze a few more dollars out of newspapers, or to find a few on the Internet, will not solve the crisis.”

Case in point: Newspapers that are making a profit – double-digit profits, even – are not necessarily sustaining their newsrooms, or the quality and breadth of information they provide. McClatchy Company’s newspapers earned a 21 percent profit margin in 2008, but cut a third of its workforce. Local network news is flailing, and while cable news is growing, it is not producing a significant amount of original reporting. On the Internet, aggregators rule – but what happens when there is not enough quality journalism to aggregate? According to Paper Cuts, a blog that tracks layoffs in the newspaper industry, over 15,000 newspaper professionals got the axe in 2008. Invariably, the most expensive reporters are cut first – expert science journalists, staffers of remote foreign bureaus, uncelebrated beat reporters who cover the annals of state capitals.

For many, it may be uncomfortable to think about breaking the high wall between the government and an independent press. But McChesney and Nichols are not asking for a government takeover or a bailout akin to Wall Street’s cash infusion. Instead they propose subsidies in line with the history of the development of a vibrant American press, and in line with the concessions that the American government offers media companies to this day. They seek tax breaks and postal service subsidies. They outline in great detail how a low-profit limited liability corporation – “the for-profit with a non-profit soul” – could help newspapers, whether online or print, diversify funding. They prescribe increased funding for public media, and “Citizen News Vouchers” for Americans to choose non-corporate media that their tax dollars should support. Taxes on electronics, the auctioning of broadcast spectrum, and advertising could support such programs while forcing corporate media to compete fairly.

It is an expensive idea, requiring much more capital than, say, an Internet start-up or a one-man-band reported blog. But anyone who has ever spent time reporting the news knows that reporting the news well costs money. They also know that the current system, and proposals that emphasize advertising dollars on the web, are not financing the reportage that helps preserve transparency, explain difficult concepts or even prevent unnecessary wars. Even as readers stop paying for the news, they still value and require it. The authors of Death and Life offer the brilliant analogy of America’s national parks: Just because you have never visited one, does not mean that you would want them are paved over.

Excerpt: “Imagine, for one moment, what would happen if the federal government issued an edict demanding that there be a sharp reduction in international journalism, that leading newspapers be shuttered, that statehouse bureaus be closed and that local newsrooms have their staffs and budgets slashed. Imagine, too, that the president is issued an order that Washington bureaus be closed, and that news media concentrate on celebrities and trivia, rather than investigate the economic crisis or rigorously pursue corruption in federal agencies. Had all that occurred, these official actions would have sparked an outcry that made Watergate look like a day at the beach. Yet, when quasi-monopolistic commercial interests effectively do pretty much the same thing, and leave our society as impoverished culturally as if it had been the result of a government fiat, it is met mostly with resignation, as something that as unavoidable as the Rocky Mountain ranger when one drives from Chicago to California.”

Further Reading: Losing the News and The Problem of the Media: U.S. Communication Politics in the Twenty-First Century