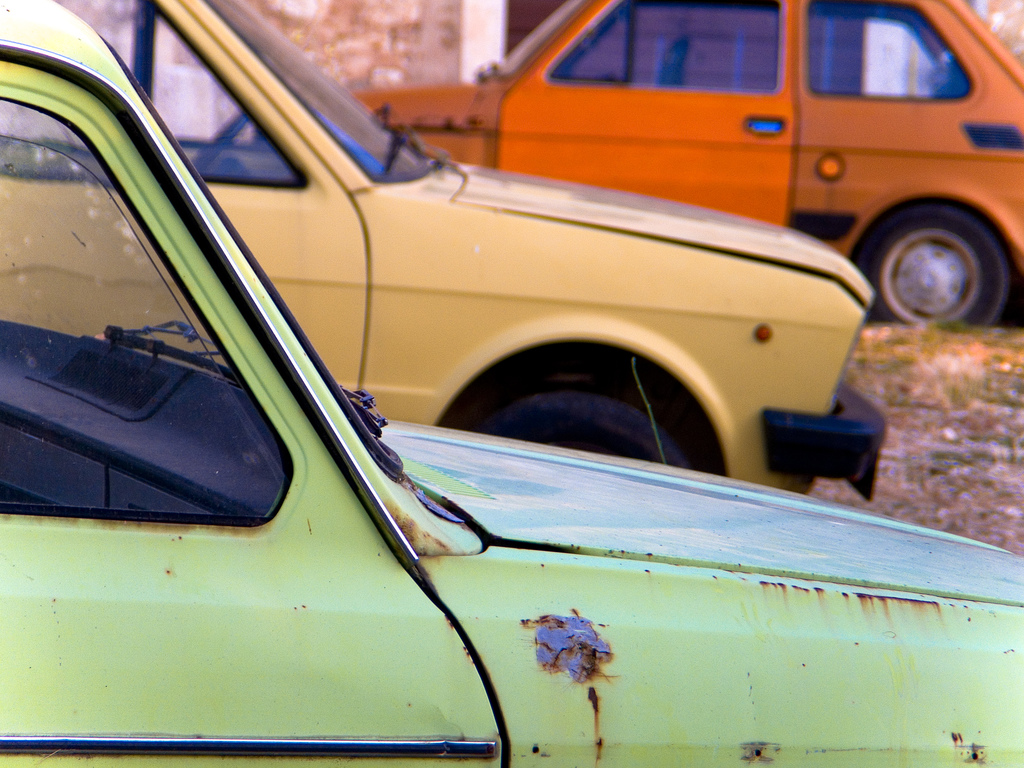 Jason Vuic, an assistant professor of modern European history at Bridgewater College, can list “those rare instances in which Yugoslavia entered the American consciousness”: Vlade Divac signing with the Lakers; the 1984 Sarajevo Olympics; the Los Angeles Olympics that same year, boycotted by a dozen communist countries but not by Yugoslavia; and war and dictatorship. “I had a Yugoslav radar,” Vuic said. “Other than these few instances, the number one cultural artifact was without a doubt the Yugo, sadly enough.” Vuic, a third-generation Serbian American and author of The Yugo: The Rise and Fall of the Worst Car in History

, “tired of studying Balkan conflict, war, nationalism, and failed states,” decided to tell the story of the reputed worst car in history. He chats with Zócalo about how the Cold War, the media, and a lone American entrepreneur made and broke the Yugo. 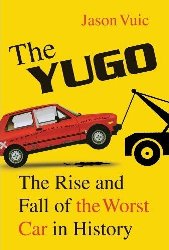 A. There are three real reasons why the Yugo came about. One was Yugoslavia itself. It was an independent communist country. It broke free of the Soviet Union in 1948. From that moment forward, we pursued a policy that was called “Keeping Tito afloat.” We gave arms and training and economic and cultural aid, increased cultural ties – really anything we could do to aid and befriend Yugoslavia. This really was a centerpiece of our Cold War policy. We promoted trade where we could and tried to help Yugoslav companies export if possible. The one problem was that Yugoslavia borrowed lots of money through the 1970s from Western banks, and by the mid-1980s, it was probably $20 billion in debt. That’s a small amount today, but in the 1980s it was almost insurmountable. That’s how a Communist car could be sold in Reagan’s America. I sincerely doubt that a Russian Lada would have been sold in America. I don’t know if that was ever attempted but I imagine certain roadblocks would have appeared.

The second thing is that Japanese and American manufacturers, by 1984 or so, had vacated the very low end of the automobile market. There were just no small economical cars available for under $5,000 or $6,000. The reason for this is that small cars typically are not profitable if they’re cheap. The Smart Car costs around $19,000. That’s not cheap. The Mini cooper can’t be called an economy car – it’s a status symbol. The Prius is not an economy car. It costs too much. There was a hole at the very low end of the market in the mid-80s, which gave the Yugo a brief opportunity.

The third thing that made the Yugo happen was a man named Malcolm Bricklin. I’m torn about how to perceive Bricklin. He’s a genius entrepreneur, one of the great entrepreneurs in American history. He’s an ideas man, a dreamer and a doer. He’s very good at making something out of nothing. He created and cofounded Subaru of America, but he sold his part for about $150,000 before it became a profitable company. He founded and imported his own car, which bore his name, in 1974, from Canada. It looked like the Delorean. It was a sexy 70s car, kind of a disco machine. It had gold wing doors. He built up excitement, he gathered investors, he pitched the car to the press. But then the car failed miserably. He really is great at ideas but he doesn’t run his businesses very well. The Bricklin lost $20 to $25 million, and Canada picked up the bill. In his 20s, Bricklin founded a chain of hardware stores that was sued by investors. He lost in court and the chain went bankrupt. His next venture was Italian sports cars. When that failed in 1984, Bricklin desperately needed another car. It was either find a car or go out of business. And the car he found was the Yugo.

All of these three threads are important, but you need to see the Yugo in context as another Bricklin venture, as a great idea with poor follow-through.

Q. Why was the Yugo a great idea to begin with, and how did it get its bad reputation?

A. It was a hybrid version of two Fiat models, the Fiat 127 and 128. These were traditional European econobox cars. They represented no-frills transportation. They were made under license by a Yugoslavian company, Zastava. That meant when the Yugo came to America it was already dated technology. The engines were from the 1960s, the exterior design from the 1970s. But the price attracted buyers – a small but sizable percentage of Americans do want bare bones basic transportation. So Bricklin’s amazing ability to excite the press, to drum up free advertising, and the Yugo’s extremely low price – $3,990 in 1985  – were the makings of a consumer fad. That’s really what it was. They called it Yugomania.

The problem is cars aren’t blue jeans. In the auto industry you have to build market share and brand loyalty. Dated technology sold on low prices alone is to me a recipe for disaster. So Bricklin pitched the car and the price, got people excited, but then reality hit. It wasn’t the worst car ever, but it was a poor quality car with dated technology competing in the most advanced, dog-eat-dog car market in the world.

I really believe that the Yugo – which was the fastest-selling European import in U.S. history – was a victim of its own success. In February 1986, months after the Yugo came over, Consumer Reports trashed the car in its review. Consumer Reports was the number-one consumer publication. It had immense power. So the same press that embraced the Yugo as a mania and a fad – because we love fad – jumped on the Yugo’s failure in Consumer Reports. It’s not that I think American media were out to get the Yugo, or that there was any anti-communist bias. But what went up quickly came down, and we love that. We revel in that, when something big fails. That’s a story.

Q. You mentioned that there is a segment of Americans that wanted bare-bones transit. Is that still true today?

A. There is a percentage, yes. I can’t say what it is – five, ten, fifteen percent. But would we really buy a bare-bones car? Let’s say we were to do a poll. Ninety percent of Americans would probably say, yes, I want a low-cost bare-bones car. But then ask how many of them own a Daewoo, and it would be about two percent. I can say I want an econobox, but I drive a Mazda3. Americans love cars, and cars are status symbols, period. And by status I don’t just mean that owning a BMW means you have money. Cars are symbols of political and cultural views. They express who we are. A Mercedes sedan means power and wealth. An SUV, or a Hummer, means power, and probably conservative political views. A Prius means liberal and econ-friendly and certainly middle class. A Subaru Outback means rugged and outdoorsy, probably young, liberal, and college-educated. These are all generalities of course, but cars do mean something. Until they stop being seen as giant symbols of self, we will never really embrace a true budget car, a true people’s car. What American wants to drive a people’s car? We’re a nation of individuals. As much as I’d like to see it, we won’t have a true people’s car.

Q. Was the Yugo trying to be a people’s car? Is that part of why it failed? 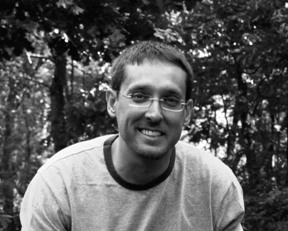 A. In Yugoslavia, the Yugo was trying to be a people’s car, a low-priced car that everyone could buy. It certainly wasn’t promoted as a people’s car the way Nazi Germany promoted the Volkswagen. In America, it was pitched by Yugo America and Malcolm Bricklin as the successor to the Ford Model T and the VW Bug. Yugo America had a very good ad introducing “The Same Old Idea,” a Model T, a bug, and a Yugo in a row. It’s a very nice ad, I have it on my wall. It’s Madison Avenue slick and very pretty.

A. I don’t think so. I really don’t. Obviously we don’t want, or our companies don’t want to build bare-bones transportation. The cheapest car in America right now I think is either the Aveo or the Hyundai Accent. They’re around $10,000. That’s cheap, but it’s not appliance cheap. The problem here is twofold. Americans can’t get over that sense of personal worth wrapped up in their automobiles. And automobile manufacturers simply can’t make a profitable $5,000 car. It’s too hard to do.

Q. The Yugo actually survived longer than most people thought. What happened at the end?

A. The Yugo was sold in America from 1985 to 1992. But it went into production in Yugoslavia in 1980. In 1992, the Yugoslav wars began in earnest. And since the Yugo’s parts came from all the former Yugoslav republics, Zastava simply couldn’t make the car. Serbia was also under UN sanctions. But through the 1990s, Zastava still managed to figure out where to get some parts, and was able to produce a very modest number of Yugos all the way up until 2008. There was a stoppage in 1999 when NATO actually bombed the Yugo plant, because Zastava was part of a conglomerate that also made weapons. In November 2008, the last Yugo rolled off the assembly line. So the Yugo was in production for 28 years, a longer production run than the Model T. They made close to a million Yugos.

Sometime in 2008, Zastava was purchased by Fiat. And Fiat quickly decided to discontinue this very, very dated car. There was talk of sending the Yugo to Africa, but it seems like that deal never went through. Most likely, the Yugo presses and its machinery will go somewhere. That’s expensive stuff even if it produces old technology. Someone somewhere will keep producing the Yugo car. But I honestly don’t know.

It’s a fascinating tale. I’m really pulling for Zastava to reemerge. It’s actually called Fiat Automobiles of Serbia now. I’m pulling for it to become a regional distribution center for cars in Eastern Europe. There were between 25,000 and 30,000 workers at any time during the Cold War working at Zastava. They’ve suffered greatly through wars and sanctions and bombing. I’m absolutely pulling for them and hoping that Fiat can make a go of it in the Balkans. Something good needs to come after decades of darkness.

Q. And if the Yugo isn’t the worst car, what is?

A. Yes, oddly enough, I don’t think the Yugo was the worst car in history. America really thinks the U.S. is the world. The Yugo may have been the worst quality car of the 1980s – that’s possible. But the fact that it met emissions and safety tests means that it was far better than cars around the world that did not or never attempted to come to America. There were Indian, Russian, Chinese cars that couldn’t dream of coming to America.

There have also been some really atrocious cars on the American road, and I don’t mean the Pinto. The first Japanese cars in America were shockingly bad. The Subaru 360 for example had forward opening “suicide doors.” It burned a quart of outboard motor oil every 200 or 250 miles. Then, and this is the one I especially like to tell people, there was the BMW Isetta. It was banned from the California freeway system for being too small and too slow. But for whatever reason, the Yugo was imprinted in our brains as the worst car in history.