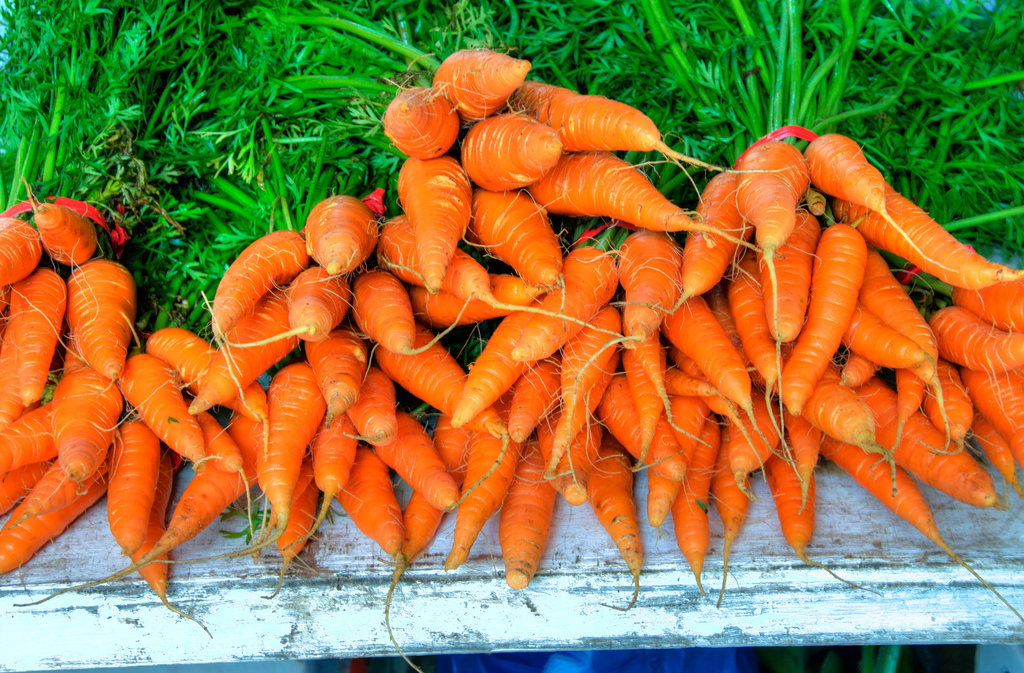 Juliet Schor, a professor of sociology at Boston College, has long studied American excess, from how much we work (in her book The Overworked American) to how much we spend (The Overspent American) to how much we shop (Born to Buy). Her latest book, Plenitude: The New Economics of True Wealth, takes up moderating both economic and ecological excesses by using the eponymous new concept of sustainability. “Plenitude, this way of living, it’s a new model,” she said. “It’s an emerging trend that I believe is going to grow pretty significantly in coming years.” Below, Schor explains what plenitude is, why our big-is-better economy is bad for us and for the Earth, and why economists should talk to environmentalists a little more often.

Q. What does the word ‘plenitude’ mean to you, and why did you choose it? 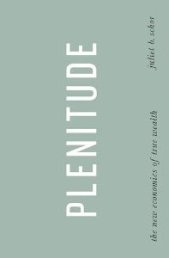 A. Much of the discourse about the environment, and increasingly about the economy too, is austerity-minded. Economists talk about tradeoffs, and the idea that if we want more nature, we have to have less of something else – that protecting the planet is a sacrifice. That kind of thinking, I wanted to argue, is wrong in this case. Not that there are never tradeoffs – of course there are.

One of the big messages of the book is that living in a different way could make us better off, and protect the planet. What’s good for human beings is also good for the planet. The kind of destructive economy that we have is also one that is not meeting the needs of people. I wanted to choose a word that would call attention to the possibility and potential that we have in this world if we are willing to open our minds to making some big changes.

Q. You describe that destructive economy as “business as usual.” What does this mean-what are we doing wrong, and how did it come to be?

A. The term comes from the climate change discourse. It refers to the path of emissions that we will stay on if we don’t do anything differently. It’s a suicidal path for humans, and for many of the species on Earth. I use the term because I think the economic model – the kinds of companies that we have in this country, in the global economy – are also taking us down a path that has similar implications on a wider range of issues, not just climate but also biodiviersity and ecosystems and human wellbeing. What I mean by the business-as-usual economy is the larger corporations and institutions that dominate our economy and our political system – the so-called free market model, the market-dominating model – that have dictated our policy menu and our thinking about economics in this country since about 1980.

Q. What’s wrong with that bigger-is-better thinking, and why do we tend to believe that bigger companies are more efficient?

A. The modern industrial system has had a long-term movement toward bigger – bigger factories, bigger companies, bigger economies. We’ve gone from regional to national and global capitalism. What I argue is that there are many reasons to think that the advantages of large scale are being eroded, and the potential and the effect of smaller-scale enterprises and economies is on the ascendency. There are a couple of dimensions to this. One has to do with the environment. It’s only because we have been ignoring the ecological costs of a global production system and a global agricultural system that we have developed as far in this direction as we have. If we had to pay the true costs of the transportation and energy, we wouldn’t have moved as quickly in this direction. These are false efficiencies.

The impacts of these large, concentrated entities on our political system are also damaging. It’s hard to maintain democracies when you have these very large corporations that have so much political power. We’ve seen what happens in the financial sector when companies get too big to fail. We have privatization of gains and socialization of losses – the worst of capitalism and socialism put together.

What the new information technology allows us to do is shrink scale in a lot of different areas, precisely because information flow is so cheap. Economists have long wondered why it is that we have corporations that do so many different things. If you think about it, a corporation, internally, doesn’t operate on market principles. So what is it that has led to these big command-control institutions? Transaction costs is a common explanation. Those have been wiped out by the possibility of networks. We can go to a smaller scale. This is a big part of why you see so much innovation and dynamism and employment growth in small- and medium-sized businesses. The big ones are failing. They’re dinosaurs.

Q. How has this way of doing business changed our day-to-day lives and our communities?

A. One of the main things I talk about in the book is the increasing market-centricity of daily life. If you take the average person or household in the U.S. over the last 30 years, they have been devoting more and more energy to the market. On average, we are working longer hours, buying more things rather than doing and making, and commodifying our leisure time. The market has come to dominate many more spheres. One of the big trends is the commercialization of our intimate lives – we purchase services. We used to purchase goods, and services were done within households or among friends. Now, people are more likely to purchase services, particularly emotional or care-taking services. That has profoundly altered the experience of daily life. It’s part of the hollowing out of communities, as people are less and less economically dependent on each other. That’s what you had before – people doing each other favors, existing in a denser web of reciprocal connection. That’s been an important part of the decline of community.

Q. Is this web of connection back on the rise because of the recession?

A. Yes. The recession altered the calculus of time and money in this country. It made money scarcer and time more plentiful. It’s a reversal of what had been happening previously, that shift toward more hours of work and buying more services. You have people who have more time, and they are connecting with others. That’s dovetailing with a whole movement of people who previously recognized threats to the planet, and were attempting to reverse many of those trends – people creating local food economies, revitalizing local communities, creating local time banks where people trade services. You offer babysitting and in return you can get someone who cooks great meals. I have a grad student who is participating in a new time bank in the Boston area – she’s getting data analysis done in return for cooking meals. There is a revival of these sorts of things. We can expect that to continue because I don’t see the labor market returning to normality.

Q. What else do you see happening in the long-run, in terms of the larger-scale economy?

A. Twenty-six million people in the U.S. are underemployed, unemployed, or marginally attached to jobs. That’s a really big number. the dominant approach now is to just rely on overall or aggregate growth. But that won’t work. We’re going to have a long-term unemployment problem in this country. We don’t know  exactly how it will play out. What I do feel certain about is that relying on the business-as-usual market to take care of this huge number of unemployed is not realistic. We’re going to see more of a shift toward self-reliance – more making and doing and acting at a local level, more efforts like the inner-city cooperatives to create new business opportunities. I do think the labor market disequilibrium will create a lot of small-scale entrepreneurial activity, much of it, by the way, green. That’s one of the really hopeful things about it.

Q. To what extent are economists and environmentalists talking to each other? It seems like that’s what’s needed to get us out of this recession.

A. It’s happening on the fringes of the economic profession. Mainstream economists have changed their tune on climate change in the last couple of years. Before about 2006, the average economist probably thought we shouldn’t do much about climate change, that it wasn’t a serious problem. It’s telling that it took them this long to really take it seriously. Now the consensus in the profession seems to have changed. People are recognizing how serious the need is to address climate change. For the most part, though, not many mainstream economists have taken that insight and thought about it more broadly. There are a small number of economists who are in conversation with ecologists and scientists more generally. It’s interesting – if you look at the financial regulation debate, there’s virtually no discussion about ecological issues. If you look at the unemployment debate, people a little bit more on the left are saying government needs to do more on that, there’s still not nearly the level of awareness of environmental issues that one would think there would be. There’s still a big gulf between economic and ecological conversations. My book hopes to bridge that.

Q. What sort of effect can individual or local efforts like the kind you described have?

A. Well, we have to get prices right. That’s a fairly standard economic insight about the environment. If you don’t price natural resources, if you allow people to use them freely and degrade, pollute, and destroy them freely, you won’t have a sustainable outcome. These are things that need to be done at the global and national level, to integrate nature into economic thinking and economic decision-making. That can’t be done at a local level. There are other things that can be done at a national level that can have a profound impact at the local level. Health insurance reform is one – if people are no longer tied to a job to get health insurance, that frees them up to do a lot more. We really do need to think seriously of altering the balance between the big global corporations and the global capitalist economy and the local, the regional. We’ve gotten very much out of balance with those. We need growth in local, regional, small-scale sustainable economies. Obviously, we also need the big corporations to get a lot more sustainable in what they do. They’re not off the hook.