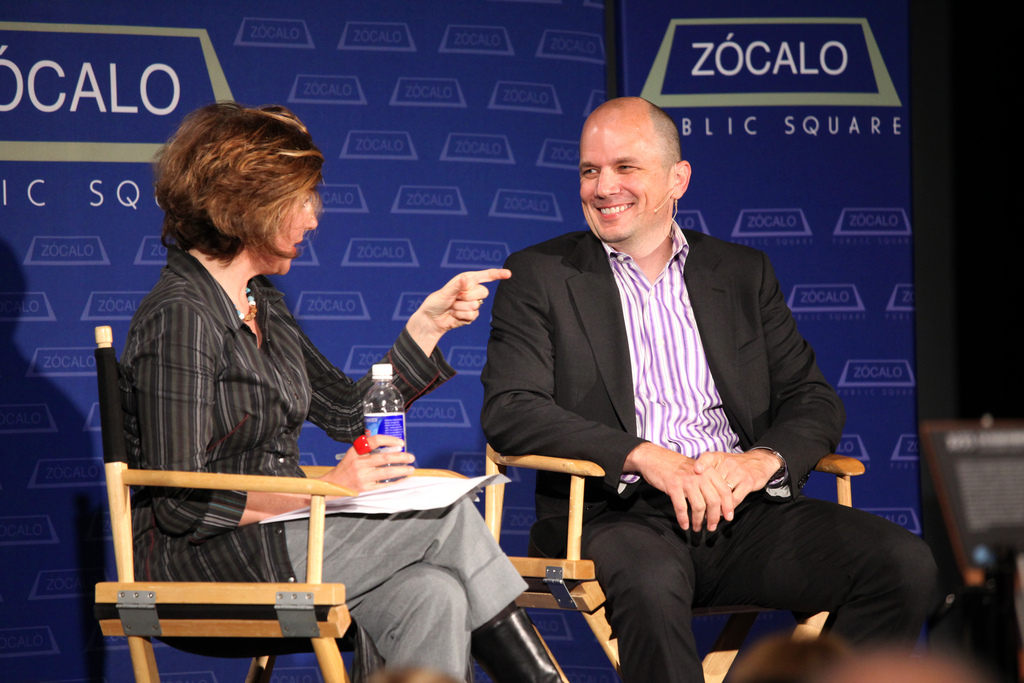 As the economy puts the skids on McMansions, Dubai towers, and all the projects that might give architects a bad name, Frances Anderton thought it time to correct some misconceptions.

“Architects have strong egos, but they also have strong ideals,” said Anderton, host of KCRW’s DnA: Design and Architecture.

In an event co-sponsored by the City of Los Angeles Department of Cultural Affairs, with support from the National Endowment for the Arts, Anderton talked with an architect well known for his ideals. Michael Maltzan’s award-winning work encompasses everything from homes for clients like Michael Ovitz to a series of Skid Row apartments. He joined Anderton and a full house at the Petersen Automotive Museum to explain what luxury is, whether good design can be affordable, and whether architecture can change lives.

Genie in a bottle 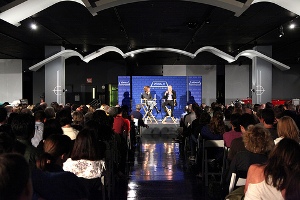 Architecture schools today stick to the modernist tradition, Anderton and Maltzan agreed, of emphasizing the architect’s role in improving lives, including across the income scale, transgressing or collapsing traditional social boundaries. Still, they said, the architect’s role is often limited – only a portion of buildings are designed by architects, and architects sometime enter the process at a late stage. “The genie’s out of the bottle,” Maltzan said. “You’re trying to find a way to massage its direction.”

And the involvement of architects doesn’t necessary make design good or bad – many factors contribute to the content of the city, Maltzan said. “Architects take on everything they can, but we often know that it’s not completely possible.”

For Maltzan, luxury doesn’t necessarily require high expenses or fancy materials. “In most cases it comes down to a quality of thinking, a quality of approach,” he said. Architects are trained to produce aesthetically appealing and important buildings but also an intelligent way of addressing problems and working on a budget. And, Maltzan said no matter the type of project, “The budget is always an issue. It doesn’t matter how much you think you have.” In fact, having less, or designing in a particular location, can have a positive impact on the work. Maltzan credits his Skid Row projects, and his collaborators, for helping him hone his sense of what architecture is. “We’ve had to be much more precise, much more focused, to imagine what is fundamental to architecture,” he said. 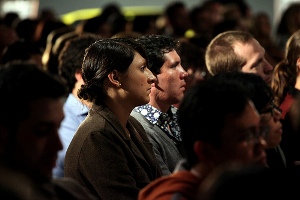 There is also a social dimension of luxury that transcends simple splendor for an individual – and the key to this broader luxury is endurance, Maltzan said. Buildings that resonate and communicate with history are more likely to endure.

Maltzan’s first project for an underserved community was the Inner-City Arts campus, which he began working on in 1993. The project came, as Anderton noted, on the heels of the 1992 Los Angeles riots, which gave architects pause about the city and its forgotten communities. They had a particularly strong influence on Maltzan, who had recently adopted Los Angeles as his home. “To see the city rip itself apart, and do that kind of damage to the place I’d fallen in love with, was devastating,” Maltzan said. The city seemed multicultural, and thought of itself as such, Maltzan said, but in fact its many cultures were separated in what he described as “siloization,” allowed by the city. “That is one of the characteristics of an unsustainable city,” he said.

Maltzan’s housing projects and his Inner-City Arts campus were part of an overarching effort to transform the city. “Each of those buildings is an incremental step,” he said, “to help this culture, this city, any contemporary city, find its way to that more progressive and optimistic future that the modernists imagined.”

Inner-City Arts gave Maltzan a chance to build a functional arts school for children – with studio spaces for painting, drama, music – and to organize the campus “as a neighborhood, surrounding a kind of Zócalo, a kind of common space.” 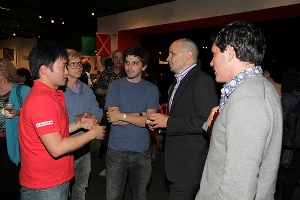 Maltzan worked his design into an existing building and an empty parking lot. He also took advantage of materials found on Skid Row – raw wood, gas station doors, post office flooring – creating new palettes and relationships. “It wasn’t about whether the materials were luxurious or expensive or not. It was the way we used those materials that had everything to do with the sensibility they communicated,” Maltzan said.

The building’s white paint, Maltzan said, “was possibly the most radical architectural gesture we could make,” even more than the sculptural form of the buildings. “It was trying to produce a deep sense of optimism,” he said.  It created a social compact with the neighborhood that, Maltzan said, has worked. The building is free from damage and graffiti, children and families have embraced it, its work has expanded to older children, and many go on to study art in college. The building’s success made the clients believers, Maltzan said, of the transformative power of architecture.

Maltzan’s housing projects required a change in the way the homeless were sheltered. Housing had to go from single-room-occupancy – renting on a nightly or weekly basis with support services located off-site – to permanent supportive housing, creating a community among the residents. 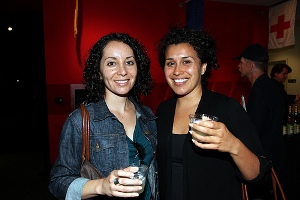 His buildings reemphasized this shift, creating spaces for community within. They start by making homeless shelter far from anonymous. Each iconic building on Skid Row becomes an intense and identifiable presence that residents recognize and proudly make home. “It’s emphatically present in a city that has tried to produce an amnesia about those districts,” Maltzan said. Inside, the buildings negotiate the complex public and private lives of its residents. Chronically homeless men and women have lived constantly exposed and visible, drastically transforming the way they see their lives. “Many of these individuals create a private life like a kind of shell,” he said. “They turn inside themselves.” Maltzan’s buildings encourage maintaining a semi-public space for social interaction, to let residents build their own private and public lives.

His Rainbow Apartments, which filled a space between a larger set of buildings, has a visible lobby and stairs that lead to a courtyard, with services provided on the ground floor. “I don’t think we did as good a job there as I wanted,” he said, citing budget constraints that limited the ability to use glass to create a sense of openness. The New Carver Apartments, meanwhile, spiral services throughout the building, dispersing social space, and emphasizing the laundry and television rooms. “They’re mutually supportive,” Maltzan joked. The forthcoming Star Apartments, Maltzan said, will feature retail on the first floor, creating “more conversant, more traditional type of activity on the street itself.”

“I do believe architects can change the world. I still believe that,” Maltzan said. And he had hopes for L.A. as the recession lifts. “If things ever come back, and I hope they do, we’ll already be well into the conversation of what we want the city to feel like and be like.” 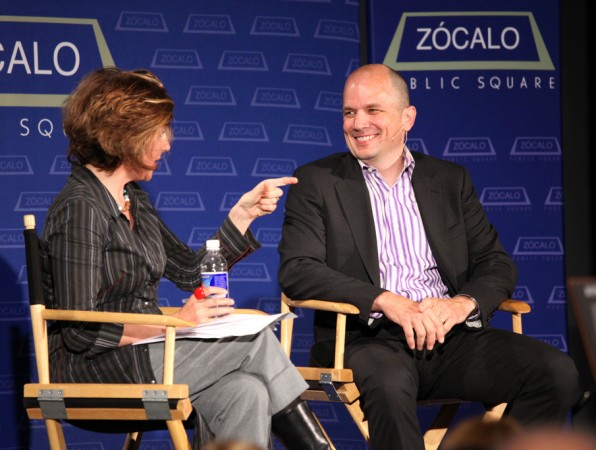