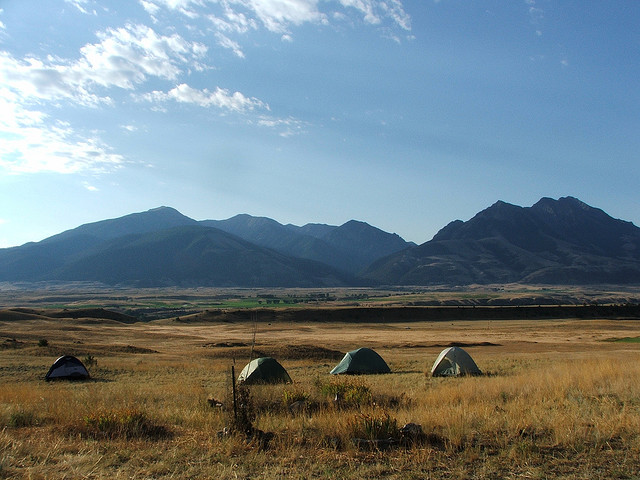 Nick Rosen was in New York in 2003 when the lights went out for 50 million people across the northeast. “It got me wondering about the silent, invisible electricity grid – we all depend on it, but we never think about it,” he said. Going off the grid wasn’t an entirely new idea for Rosen, author of Off the Grid: Inside the Movement for More Space, Less Government, and True Independence in Modern America

. He’s the owner of “an old shepherd’s hut in a beautiful part of Spain,” he explained. “So I knew you can live very comfortably without the grid.” Below, Rosen chats about who goes off the grid, why it’s an especially American thing to do, and what we can learn from their lives.

Q. What is “the grid” and how difficult is it to get off it? 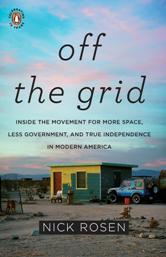 The grid was organised to suit the industry, not the consumers. And the way GE was organised became the model for corporate America. Now we are being sold the Smart Grid, which will simply cement into place a system that does not make sense any more in the era of renewable energy. The Smart Grid seems plausible at first, but there has been little debate about who controls the technology, who gets the information that the smart meters will send back from people’s homes and who decides on the prices the power companies can charge during spikes in demand.

Going off grid is not some game for urban journalists, it is a real life-choice being made by hundreds of thousands of Americans – the question is not “can I live purely off the grid, forsaking all modern conveniences?” The real issue is “what is the best I can do for myself, my family and my community?” And for people whose homes are being foreclosed, whose jobs are moving off-shore, or who have just had enough of the banker-driven corporate, materialistic side of society – going off the grid is quite an easy choice to make. It beats shaking your fist impotently at the TV.

Q. What type of people did you encounter living this way? How did they conform to or depart from the stereotypes we have of people who choose to live off the grid of far-right paranoiacs or far-left hippies?

A. I did meet representatives of both those categories. But the majority were just ordinary individuals and families – in the book I speak to  teachers, nurses, engineers, plumbers, electricians, stockbrokers, managers, writers to name but a few. They are very disparate, but what unites them was a feeling that there must be a better way to live – and a determination to act – to be the difference, to be part of the solution not part of the problem.

Q. What were the most luxurious (if we can use the word) off-the-grid accommodations you encountered? And the most basic? What was the most surprising thing you encountered while exploring this movement?

A. Almost everyone I met was living comfortably, many of them in typical family houses. Some had large homes but the larger your home the more it costs to heat and cool and maintain. One of the reasons for the sudden growth of the off-grid population is that technology has enabled it – not just solar panels and generators, but energy efficient appliances. Fridges and washing machines can now run on a fraction of the energy they used to need. And there are small, mobile 12-volt versions of things that were developed for truckers and boating – everything from fax machines to slow cookers.

I devoted a chapter to a Boulder resident living in his car, or “living out of my car” as he prefers to put it. He does this out of choice, and plans to switch to a small RV. His story might do something to de-stigmatise car-dwelling. It’s supposed to be a sign of abject failure in today’s society, but why should we all have to live in conventional dwellings? He says he would rather spend the rent money on having fun.

One of the strangest sights on my journey was in an Amish household where they foreswear electricity, but use horses to generate mechanical energy – to turn motors that operate fridges and washing machines. They build treadmills from wood they grow themselves and the horse walks on the treadmill to create the energy.

Q. What are some of the fractures – ethical, political, cultural – among people living off the grid? And is there a sense of community among them? 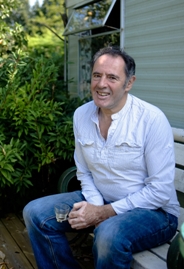 A. The off-grid movement is so full of iconoclastic individuals that it would be hard to find any areas where they do all agree. One of the main dividing lines is between those who want to be part of an off-grid community and individually self-sufficient households-what Thoreau’s critics at the time he wrote Walden called “cold and selfish isolation.” Most want to be part of a community and to me that is preferable because man is basically social. You can share skills and get other advantages from being part of a community.

Then there are groups like the Amish, or environmentalist communes who disapprove of those who live more conventional lives, but happen to do so off the grid.

On the whole the mainstream environmental movement disapproves of living off the grid – and claims, wrongly, that it is more ecological to live in a dense urban environment. For starters it is quite possible to live off-grid in a city. But more importantly the eco-campaigners are desperate for mainstream acceptance and they fear that supporting the off-grid lifestyle would ally them with weird and fringe elements.

Q. Is living off the grid a uniquely American concept at all?

A. America is so big, and that s one reason why it is easier to live this way in the US than in other western societies which are more crowded. The UK is the size of Kansas but with a population one fifth the size of America. Living off the grid is in tune with key parts of American culture – the tradition of settlers, pioneers, and the permanent quest for freedom which is part of the American Dream.

Q. Is living off the grid a viable form of protest, and do most people living this way consider it as such? Or does it hurt efforts to reform within the grid?

A. For many off-gridders, living off the grid is the ultimate form of protest. It is a simple withdrawal from some key facets of the consumer society, which has taken us down the wrong route in so many ways – constant consumption, the unstated assumption that economic growth must continue forever. And it is also a way of giving yourself more control over your own life and making yourself less dependent on the state and the “system” – saying “not in my name” whether your gripe is with the war in Afghanistan or the vast subsidies handed to overpaid bankers. It is also a way of taking responsibility for your own power, waste, water – and some go further.

Q. What can we learn from people living off the grid, or simply keeping in mind the “off the grid” concept? Is it an important effort to consider given the recession and the environment?

A. The off-grid population is very useful to society for several reasons. It makes society as a whole more energy independent, more diverse and therefore more resilient to shocks like power outages and oil price spikes. It also points the way to a future where we all live more modestly, which may be essential as China and India consume a higher share of the world’s scarce resources. And at the moment with foreclosures and job losses at such a peak, it is a simple practical alternative to sub-standard housing and welfare dependency.