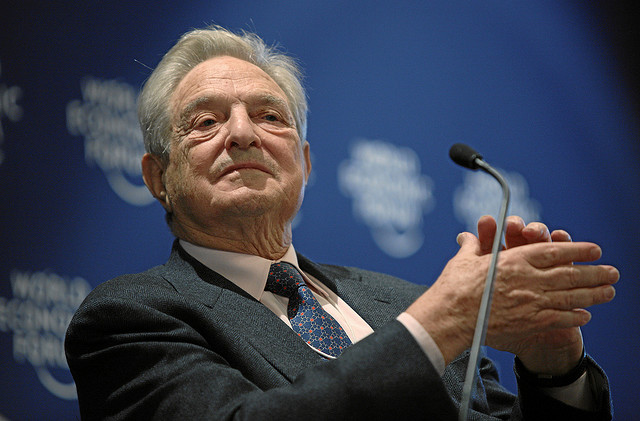 Hedge funds didn’t exactly get off easy in the financial crisis – some imploded, some fell under scrutiny – but it could have been a lot worse. As Sebastian Mallaby explores in More Money Than God: Hedge Funds and the Making of a New Elite

, the hedge fund is singularly resilient, not only surviving but raking in returns in the midst of collapse. Below, Mallaby, who will visit Zócalo on September 29, explains how hedge funds got their start thanks to a would-be Leninist, how much money they reel in today, and how their managers spend all that cash. 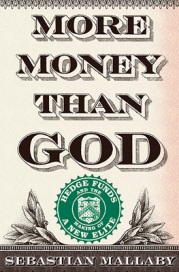 The first hedge-fund manager, Alfred Winslow Jones, did not go to business school. He did not possess a PhD in quantitative finance. He did not spend his formative years at Morgan Stanley, Goldman Sachs, or any other incubator for masters of the universe. Instead, he took a job on a tramp steamer, studied at the Marxist Workers School in Berlin, and ran secret missions for a clandestine anti-Nazi group called the Leninist Organization. He married, divorced, and married again, honeymooning on the front lines of the civil war in Spain, traveling and drinking with Dorothy Parker and Ernest Hemingway. It was only at the advanced age of forty-eight that Jones raked together $100,000 to set up a “hedged fund,” generating extraordinary profits through the 1950s and 1960s. Almost by accident, Jones improvised an investment structure that has endured to this day. It will thrive for years to come, despite a cacophony of naysayers.

Half a century after Jones created his hedge fund, a young man named Clifford Asness followed in his footsteps. Asness did attend a business school. He did acquire a PhD in quantitative finance. He did work for Goldman Sachs, and he was a master of the universe. Whereas Jones had launched his venture in his mature, starched-collar years, Asness rushed into the business at the grand old age of thirty-one, beating all records for a new start-up by raising an eye-popping $1 billion. Whereas Jones had been discreet about his methods and the riches that they brought, Asness was refreshingly open, tearing up his schedule to do TV interviews and confessing to the New York Times that “it doesn’t suck” to be worth millions. By the eve of the subprime mortgage crash in 2007, Asness’s firm, AQR Capital Management, was running a remarkable $38 billion and Asness himself personified the new globe-changing finance. He was irreverent, impatient, and scarcely even bothered to pretend to be grown up. He had a collection of plastic superheroes in his office.

Asness freely recognized his debt to Jones’s improvisation. His hedge funds, like just about all hedge funds, embraced four features that Jones had combined to spectacular effect. To begin with, there was a performance fee: Jones kept one fifth of the fund’s investment profits for himself and his team, a formula that sharpened the incentives of his lieutenants. Next, Jones made a conscious effort to avoid regulatory red tape, preserving the flexibility to shape-shift from one investment method to the next as market opportunities mutated. But most important, from Asness’s perspective, were two ideas that had framed Jones’s investment portfolio. Jones had balanced purchases of promising shares with “short selling” of unpromising ones, meaning that he borrowed and sold them, betting that they would fall in value. By being “long” some stocks and “short” others, he insulated his fund at least partially from general market swings; and having hedged out market risk in this fashion, he felt safe in magnifying, or “leveraging,” his bets with borrowed money. As we will see in the next chapter, this combination of hedging and leverage had a magical effect on Jones’s portfolio of stocks. But its true genius was the one that Asness emphasized later: The same combination could be applied to bonds, futures, swaps, and options-and indeed to any mixture of these instruments. More by luck than by design, Jones had invented a platform for strategies more complex than he himself could dream of.

No definition of hedge funds is perfect, and not all the adventures recounted in this book involve hedging and leverage. When George Soros and Stan Druckenmiller broke the British pound, or when John Paulson shorted the mortgage bubble in the United States, there was no particular need to hedge – as we shall see later. When an intrepid commodities player negotiated the purchase of the Russian government’s entire stock of non- gold precious metals, leverage mattered less than the security around the armored train that was to bring the palladium from Siberia. But even when hedge funds are not using leverage and not actually hedging, the platform created by A. W. Jones has proved exceptionally congenial. The freedom to go long and short in any financial instrument in any country allows hedge funds to seize opportunities wherever they exist. The ability to leverage allows hedge funds to size each bet to maximum effect. Performance fees create a powerful incentive to coin money.

Ah yes, that money! At his death in 1913, J. Pierpont Morgan had accumulated a fortune of $1.4 billion in today’s dollars, earning the nickname “Jupiter” because of his godlike power over Wall Street. But in the bubbly first years of this century, the top hedge-fund managers amassed more money than God in a couple of years of trading. They earned more – vastly more – than the captains of Wall Street’s mightiest investment banks and eclipsed even private-equity barons. In 2006 Goldman Sachs awarded its chief executive, Lloyd C. Blankfein, an unprecedented $54 million, but the bottom guy on Alpha magazine’s list of the top twenty-five hedge-fund earners reportedly took home $240 million. That same year, the leading private-equity partnership, Blackstone Group, rewarded its boss, Stephen Schwarzman, with just under $400 million. But the top three hedge-fund moguls each were said to have earned more than $1 billion. The compensation formula devised by Jones conjured up hundreds of fast fortunes, not to mention hundreds of fast cars in the suburbs of Connecticut. Reporting from the epicenter of this gold rush, the Stamford Advocate observed that six local hedge-fund managers had pocketed a combined $2.15 billion in 2006. The total personal income of all the people in Connecticut came to $150 billion.

In the 1990s magazines drooled over the extravagance of dot-com millionaires, but now the spotlight was on hedge funds. Ken Griffin, the creator of Citadel Investment Group, bought himself a $50 million Bombardier Express private jet and had it fitted with a crib for his two-year-old. Louis Bacon, the founder of Moore Capital, acquired an island in the Great Peconic Bay, put transmitters on the local mud turtles to monitor their mating habits, and hosted traditional English pheasant shoots. Steven Cohen, the boss of SAC Capital, equipped his estate with a basketball court, an indoor pool, a skating rink, a two-hole golf course, an organic vegetable plot, paintings by van Gogh and Pollock, a sculpture by Keith Haring, and a movie theater decorated with the pattern of the stars on his wedding night sixteen years earlier. The hedge-fund titans were the new Rockefellers, the new Carnegies, the new Vanderbilts. They were the new American elite – the latest act in the carnival of creativity and greed that powers the nation forward.

And what an elite this was. Hedge funds are the vehicles for loners and contrarians, for individualists whose ambitions are too big to fit into established financial institutions. Cliff Asness is a case in point. He had been a rising star at Goldman Sachs, but he opted for the freedom and rewards of running his own shop; a man who collects plastic superheroes is not going to remain a salaried antihero for long, at least not if he can help it. Jim Simons of Renaissance Technologies, the mathematician who emerged in the 2000s as the highest earner in the industry, would not have lasted at a mainstream bank: He took orders from nobody, seldom wore socks, and got fired from the Pentagon’s code-cracking center after denouncing his bosses’ Vietnam policy. Ken Griffin of Citadel, the second highest earner in 2006, started out trading convertible bonds from his dorm room at Harvard; he was the boy genius made good, the financial version of the entreprenerds who forged tech companies such as Google. The earliest pioneers of the industry were cut from equally bright cloth. Julian Robertson staffed his hedge fund with college athletes half his age; then he flew them out to various retreats in the Rockies and raced them up the mountains. Michael Steinhardt was capable of reducing underlings to sobs. “All I want to do is kill myself,” one said. “Can I watch?” Steinhardt responded.