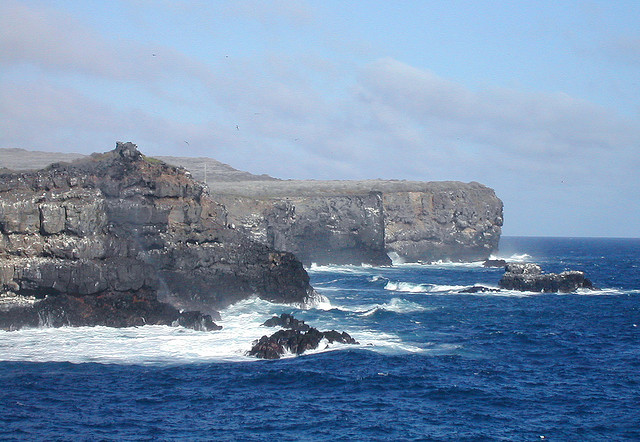 Where Good Ideas Come From: The Natural History of Innovation
by Steven Johnson 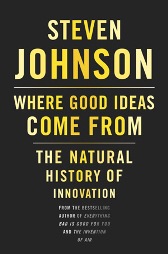 Part curious student, part erudite historian, and part tech-nerd, Steven Johnson does exactly what he claims brilliant people should do. In Where Good Ideas Come From, he works in organized chaos, taking an interdisciplinary look at his subject and searching for patterns. Genius, he says, is about making connections, and his book pulls it off.

Johnson argues that innovation begins in “unusually fertile environments” – a coral reef, a city, a university, a coffeehouse, the Internet, the free-associating pulses in a brain, or even in what Johnson calls “the discarded space.” For him, openness, connectivity, and re-purposing are the keys to good ideas, even more than competition, and even more than genius.

Johnson doesn’t deny the concept of individual genius, but argues that a “long zoom” approach to history proves that the lone brilliant man or woman is the exception, not the rule. Johnson often returns to the work of Charles Darwin to illustrate this (Albert Einstein, is notably missing from his examples), noting that Darwin had many physical spaces to aid in his discovery of natural selection: “A ship, an archipelago, a notebook, a library.” Johnson also relishes tearing down the notion that most grand ideas form instantaneously in a “eureka” moment. Darwin’s diaries reveal the idea of natural selection drifted in and out of his consciousness in a slow process, over years, until the pieces finally found each other.

Beyond the fertile environment concept, Johnson devotes a chapter each to what he terms the seven conditions of innovation. Each can be simplified as commonplace idioms: “think outside the box” but “work with what you’ve got” (adjacent possible), “make connections” (liquid networks), “follow your gut” and “give it time” (the slow hunch), “put yourself out there” and “be open to new ideas” (serendipity). While these concepts are straightforward enough, Johnson weaves them into a context that takes them from the platitudinous to the profound. He notes, for example, the brain itself is a liquid network. Serendipity is hardwired: the more neurons free-associate, the higher the IQ. Carbon is the stuff of life because it can make the most molecular connections.

And without connection, there’s no idea. A few people had slow hunches about the terror plot behind 9/11, Johnson notes, but without a network for them to serendipitously find each other, vital information was lost.

Here arises Johnson’s biggest misconception: that people have “closed networks” because they view them as positive and beneficial. On the contrary, people are afraid – they fear idea theft, financial loss, or a breach of security. Nor does Johnson address the issue of foul play in the creative process, like making computer viruses, for example. His suggestion that government model itself on a tech-company-style open platform instead of a centralized bureaucracy is too tinged with idealism. And he conflictedly delves into the tricky issue of copyright, allowing only that “competition and profit motive do indeed motivate us to turn good ideas into shipping products,” but arguing that ownership itself sets boundaries that quash inception.

All this leaves Johnson advocating ideas for the sake of ideas. A large portion of the human species is motivated by curiosity, but ideas cannot feed their creators unless they are protected.  Still, it’s hard not to get swept up in his analysis. Where Good Ideas Come From builds in layers that are textured and nuanced. It is smart and engaging, and the connections it makes are surprising and always amusing.

Further Reading: The Invention of Air: A Story Of Science, Faith, Revolution, And The Birth Of America

by Steven Johnson and Cognitive Surplus: Creativity and Generosity in a Connected Age