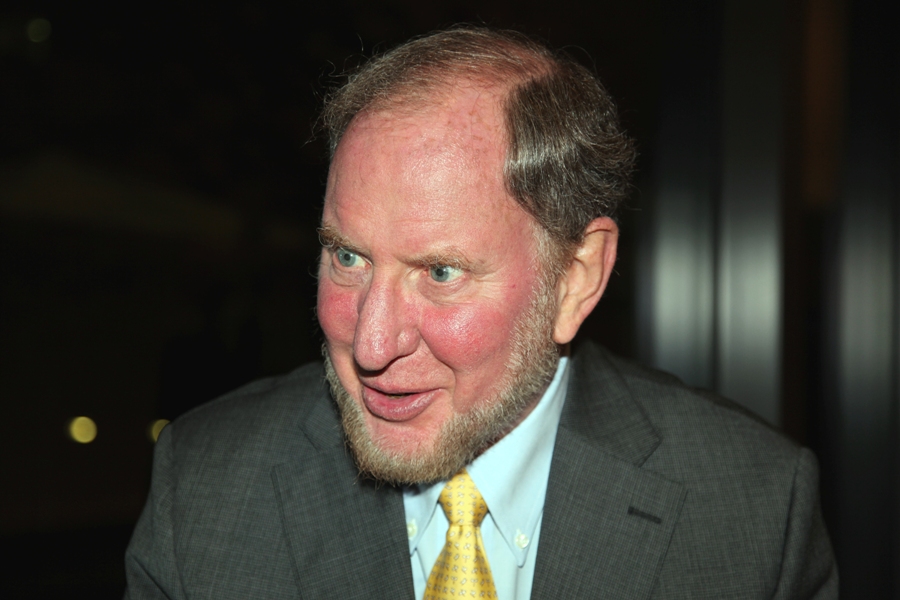 Robert D. Putnam is the Peter and Isabel Malkin Professor of Public Policy at Harvard University. He is the author or coauthor of ten previous books, translated into twenty languages, including the bestselling Bowling Alone: The Collapse and Revival of American Community. He visited Zócalo to chat about his most recent book, American Grace: How Religion Divides and Unites Us, and took our In The Green Room Q&A before taking the stage.

Q. Where would we find you at 10 a.m. on a typical Saturday?

A. I’m a night person. I mostly work until 2 or 3 or 4 in the morning, so, 10 o’clock is a plausible time to get up. I have a relaxed Saturday schedule.

Q. What do you consider to be the greatest simple pleasure?

A. I like to jog. You’re alone and you can have your thoughts. Best of all is to go jogging with my grandchildren. They’re much faster than I am.

Q. Who was your childhood hero?

A. I am of the John F. Kennedy generation. I was in college during the 1960 election campaign. I was a Republican then, from a small town in the Midwest. I was taking a course in political science and there was this rather attractive woman in class. We started dating. On our first date she took me to a John F. Kennedy rally. On our second date, I took her, I’m sorry to say, to a Richard Nixon parade.

After the election was over and Kennedy had won, we went down to the inauguration. We were in the back of the crowd at the Capitol when he said, “Ask not what your country can do for you, ask what you can do for your country.” I’m embarrassed to tell you that the hairs on the back of my neck are standing up right now. That moment affected everything I do. And I should say the woman is now my wife and we have been married for the last five decades.

Q. If you could live in any other time, when would it be and why?

And then in a very short period of time, 10 or 15 years, the progressive movement came into power and introduced the most sustained period of social reform in American history. I don’t mean to make them sound like saints – they weren’t. We have all these big problems – social, economic, ethnic, political – today, but we’ve lost the sense we can do something about it. Everybody, including me, feels disempowered. I’d like to go to that era and figure out what enabled them to go from a sense of powerlessness to taking control of their fates.

A. A comedian’s – Bill Murray or someone. When you’re dealing with serious things like I am, like the collapse of Western civilization, often you can carry the message a little better if you get people laughing. I try to do that and I never know if it’ll work.

Q. What is your most prized material possession?

A. About 15 years ago we bought a piece of land on a pond in New Hampshire and built a house on it. Originally it was a weekend or summer house, but I found I liked living on the pond, with just me and the moose and the porcupines and the deer. We built it as a grandchild trap. We thought if we had a house like this, grandchildren would come. They do spend a lot of time with us there. It’s a material possession but of course it’s not just that – it’s where we hang out as a family.

Q. Who would you choose to write your biography?

A. My daughter. She is the only person who has read everything I’ve ever written, and the only person who feels completely authorized to be incredibly critical. Others may be critical but they feel like they can’t say it to me. She can. She doesn’t know every possible secret about me, nobody does, but I would be interested in her perspective. And it would not be a loving portrait.

A. Martin Luther King. Nowadays in America religion is associated very much with a kind of angry conservative politics. That’s not true historically. I’d like to hear from him how he managed to mobilize the rich rhetorical, intellectual and spiritual resources of religion in support of progressive causes.

To read more about Putnam’s talk at Zócalo, click here.