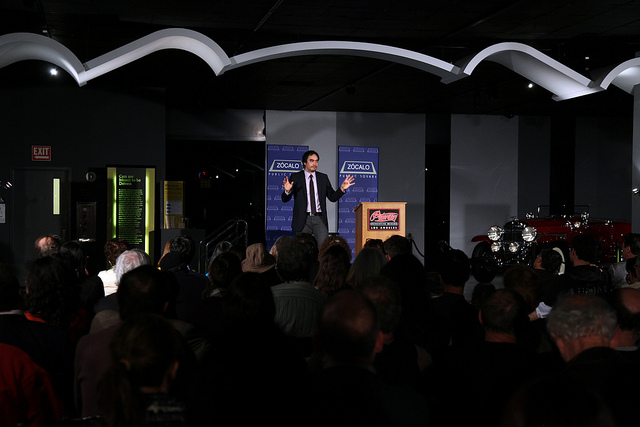 In the 1930s, AT&T tried to crush an invention dreamed up by the engineer Clarence Hickman – one that would come to be essential to its telephones and to our lives.

“The secret machine in Clarence Hickman’s office was an answering machine,” said Tim Wu, author of The Master Switch: The Rise and Fall of Information Empires. “It was fully functioning and about six feet tall.”

It took the answering machine decades to enter American homes because, Wu said, AT&T decided it was bad for phones. “I’m not sure where they got this estimate that as many as two-thirds of telephone conversations were obscene,” Wu said. The company feared that no one would use telephones if they thought their conversations could be recorded.

Wu, a Columbia law professor, said AT&T’s attempt was just of many efforts by communications companies throughout the 20th century to crush new technologies. “They had the power – or felt they had the power,” he said, “to decide that the future should not be recorded.”

Speaking before a full house at the Peterson Automotive Museum, Wu explained why information industries from radio to the Internet attract monopolists, and what we lose when they gain control.

Was it really a golden age? 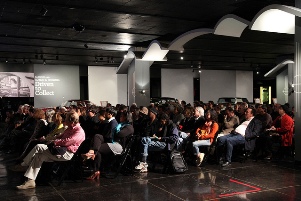 Wu illustrated the problems and paradoxical pluses of information monopolies with the story of Hollywood. The film industry was once unconsolidated. Filmmakers and producers put out movies that ranged from the far left to the far right of the political spectrum, shooting them in cities across the country. “The quality you might say was poor, but the content was very diverse, which often ends up being the tradeoff,” he said.

The problems of consolidation weren’t entirely clear until the 1930s. It was then that a Jesuit priest named Daniel Lord – who argued that any entertainment that strayed from established truth shouldn’t be made – came to write the production code for film. “As he once said,” Wu noted, “the audience should never be in question about when it is to cheer and when it is to boo…the truth is known.”

Lord’s regulations ruled film from 1934 to 1968. The studio system then controlled the industry – six major studios ran all the elements of production and distribution, from actors to theaters, in “an industry structure that roughly mimicked Carnegie Steel.” Those decades became, in part, what some now call the “Golden Age,” Wu noted, producing films like “Gone With the Wind.” But it meant “you only needed six men to censor the entire industry.”

Lord’s system required “prior restraint” – submission of scripts for censorship, rather than the destruction of films already made. Beyond requirements against obscenity or sex or cursing, Wu said, “The role of film was to reinforce the truth and never to challenge it. Gangsters were never to be heroes. That’s why you didn’t see ‘The Godfather’ until the 1970s. Individual judges or a police officer could be corrupt, but the system could never be shown to be corrupt.”

A consolidated industry is uniquely susceptible to censorship, Wu said. He cited one case in which the censor Joseph Breen, a vocal anti-Semite who claimed he went to Hollywood “to cram some ethics down the throats of the Jews,” vetoed a proposed 1930s film exposing persecution of Jews in Germany. “There was one man who decided what film was made in America,” Wu said, “based on a theory that there was an established truth and his job was to enforce it.” 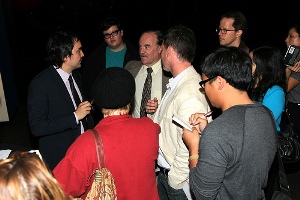 “If you really want to understand free speech in America,” Wu said, “you have to understand the structure of the entertainment industry and the structure of industries that move information.” The U.S., he said, has seen a succession of monopolies or cartels in these industries because they attract monopolists for four reasons. First, information products become more valuable as more people use them. “A telephone that connects four people or five people is a toy,” Wu explained. “A telephone network that connects the entire nation is a tool of monopoly.”

Second, he said, the value of information tends to rise the more people who use it. “If you make one television show, an hour long, you can show it to 10 people or 10 million people,” Wu said. “It’s very different than if you produce, let’s say, a bowl of macaroni and cheese.”

Third, the information industry attracts a certain type of entrepreneur, Wu said, who wants to control how information reaches millions of people. Wu interviewed Gerald Levin, the former CEO of Time Warner, who told him that “being a CEO is sort of a form of mental illness.” Levin admitted that he paid less attention to profit than to “touch points” – monitoring how many people his company reached through all its media each day. Indeed, Wu said, media empire builders aren’t always motivated by money. “Time Warner never made sense as a company, in some ways…. Rupert Murdoch bought The Wall Street Journal though it’s not a money-making operation,” he said. “It is deeply about power.”

Fourth, government often prefers monopolies run communications industries. The government supported AT&T to the point of letting them run a lab that manufactured nuclear weapons, Wu noted. And AT&T curried favor by offering itself up for regulation. “Imagine a company today stepping up and saying, regulate us – Facebook saying, bring it on, regulate us. It seems unlikely,” Wu said. 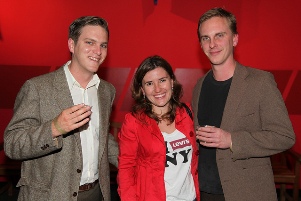 The Internet, no matter how open it seems, is subject to the same monopolistic tendencies, Wu said. Like the telephone before it, Facebook is more useful the more people use it. Google demonstrates how Internet companies benefit from economies of scale – when Wu asked the crowd if anyone didn’t use Google, no one raised a hand. “Google has a level of monopoly,” Wu said. “It’s a nice monopoly. We like it. It’s friendly. They have good colors. But they are a monopoly. Some of my best friends work at Google, but they are a monopoly.” Being the biggest – having massive investments and the ability to build its backend – give it a great advantage, Wu said.

Apple CEO Steve Jobs demonstrates the will to power of today’s information moguls. “Apple has a level of full integration of its products that is very similar to what we see in Hollywood studios,” Wu said. To make its product, the company relies on carefully curated content, beautiful devices, and exclusive deals with networks. “They offer a high quality experience, but they demand they be in control. That is Apple,” he said.

For us not to repeat history with the Internet, Wu explained in Q&A, we must make sure the web stays neutral – that it doesn’t favor with faster access certain companies. We could also hope for some company to manage to invent an alternative to the Internet. It may seem far-fetched, Wu said, but it is something like what Facebook or Apple is attempting in seeking to be the platform for everything that happens online. And that doesn’t mean those companies aren’t monopolies themselves. “It will be hard to start an app on Facebook that destroys Facebook,” he noted. 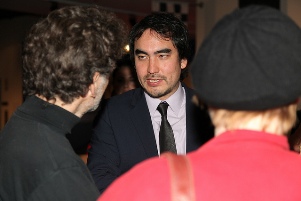 Though he emphasized that these monopolies aren’t necessarily “evil,” Wu outlined how and why we should be wary. First, he said, we need to make monopolies think it their duty – and not just a good idea – to “do no evil,” as Google’s motto goes. “Americans have a great love for the idea of choice, the idea of competition, the idea of freedom,” Wu said. “Americans are also a people who like reliability, like ease of use, and most of all love convenience. That love of convenience is what creates these monopolists. Ask yourself how Google was created. We all use it because it would be a pain to use something else.”

Second, Wu said, we can’t allow monopolies to stay in power for very long. They may have a “golden age” in an early period, when they foster innovation and good intentions. “They become increasingly like incumbent congressmen or African dictators,” Wu said. “The will to innovate disappears, the will to power becomes paramount.”

Finally, we have to demand government vigilance over these industries and be aware of our “information diet.” “Consolidation tends to destroy diversity,” Wu said. “Much of what matters in life, that makes things interesting, comes when we live in a society that is a little more broken up.” 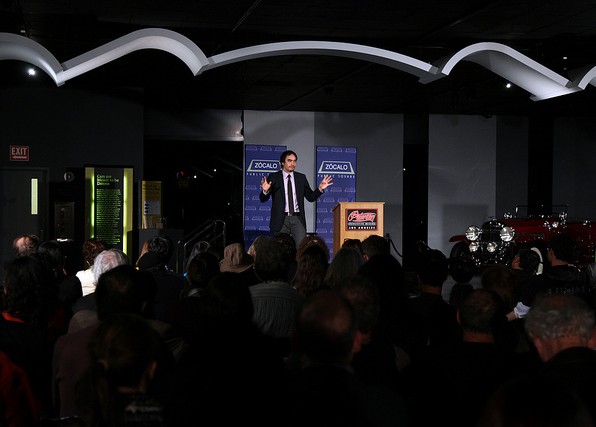