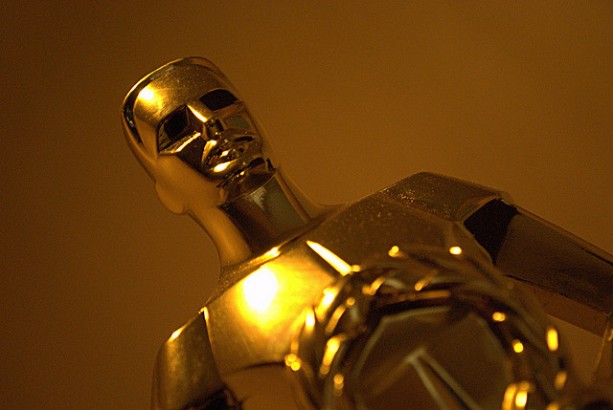 Who should prevail in a popularity contest featuring several choices? Should one measure depth or breadth of support?

Consider the classic “What movie should we see?” conundrum. Five guys want to go see a movie, two of them want to see Black Swan, but the other three say that’s the last movie they’d ever want to see. Trouble is, they’ve each offered up a different first choice (though they can all agree on an alternative). Do they go see Black Swan regardless, because it was the sole movie to receive 2 votes?

The American political system would dictate that they all go experience Natalie Portman’s angst. It’s the top vote getter, period. See Bill Clinton, 1992. But the Academy Awards, knowing a thing or two about movies, offers a rebuke to our political tradition: a voting system at the Oscars that values consensus and seeks to avoid the discomfort of a majority.

To understand what the Academy of Motion Pictures Arts and Sciences is up to, consider this year’s 10 nominees for best picture. By the accounts of the legions of journalists and websites who track this race, three films are mostly likely to win the Oscar. They are:

1. King’s Speech: The crowd-pleasing classic about a monarch who finds his voice is the leading contender for the Academy’s largest statuette. It’s that rare thing – an uplifting, art house period piece!
2. Black Swan: This edgy drama about a ballet dancer’s unraveling has received both brickbats and bouquets. It’s like “The Piano,” one of those movies that is either hauntingly moving, or just plain annoying, depending on your sensibility.
3. Social Network: This fast-paced and widely respected chronicle of how Harvard geeks changed the way we live is a solid contender, timely and widely respected.

The Top Three span the gamut of genres. So how will Hollywood’s “deciders” pick the winner?

If the vote were conducted as most American elections are – with everyone picking their favorite from a long list of candidates – a film wouldn’t need a majority to win. In a field of 10, a candidate could win with as little as 11 percent of the vote – a far cry from consensus.

Two years ago, however, as the Academy expanded the number of best picture nominees from five to 10, it also adopted a new way of voting for the finest film of the year. It’s called Ranked Choice Voting (RCV).

Here’s how it works. RCV allows voters to rank one’s top choices (1-2-3). If a nominee is the first choice of the majority of all voters, it will win outright. But if no one receives a majority (as is likely this year), the interesting part begins. The last-place finisher will be eliminated, and voters who had picked it, as their first choice will have their votes transferred to their second choice. This process continues until one nominee gets a majority.

The Academy is onto something. The five guys in my opening hypothetical wouldn’t have gone, in all likelihood, to see Black Swan. It’s desirable in any selection process – be it about dinner, the Oscars or a political election – to satisfy a majority of those making the decision. Because winning a majority helps confer legitimacy. A system that allows voters to cast only one vote, for one person, can produce an outcome that a majority doesn’t like. That makes life difficult in a democracy. Think of the political wars that stemmed from the elections of Bill Clinton and George W. Bush, who both won despite the fact that most of the country wanted someone else.

The benefits of ranking choices extend beyond legitimacy to the value of getting a fuller, more accurate picture of voter sentiment. In the current Oscar race, “younger” voters (in the case of the Academy that means anyone under 50) may be torn between Social Network and the techno-thriller Inception. In such a scenario, Inception could siphon off enough votes from Social Network – spoiling the latter’s chances. This is not unlike the “spoiler” roles Ralph Nader and Ross Perot played in past Presidential elections.

So what if a voter really likes Inception but doesn’t want to hurt Social Network’s chances? On the one hand, he could vote his conscience and go with Inception. On the other, he could “strategically” vote for his second choice (Social Network), which has a real chance to win.

But by ranking choices, Academy members can vote their conscience, without having to worry about sinking the chances of their second choice. If you like both Inception and Social Network, you can register both preferences.

Questions are often raised about such a system, whether the setting is the Oscar or the American cities that use some form of ranked choice voting (Among them: Oakland and San Francisco).

Such questions are about the nature of excellence. A novel film or an unusually forward-thinking politician might also be divisive. Should we care if a film does not have a consensus of support?

This brings me back to Black Swan. In a ballot where you could pick only one film, Black Swan, backed by its ardent supporters, might have a chance of obtaining out a few more votes than King’s Speech, which may be more broadly liked by the Academy members. But would that be a desirable outcome, even if the winner got only 15 or 20 percent of the votes? Compared to Social Network, Black Swan would likely be the second choice of exceedingly few Oscar voters. To name Black Swan best picture would be to say that a vocal minority should have more of a say than a broad majority.

Can this sort of analysis help you win your Oscar pool? Perhaps.

Although King’s Speech probably heads into the polls as the top vote getter, it will fall short of a majority of first place votes (50 percent plus 1) in a crowded field.
So Best Picture will come down to whether King’s Speech or Social Network get enough second-choice rankings to push either over 50 percent.

Here’s my take on which of these Oscar favorites would be the second choice of the other seven nominees:

Based on this lineup, I would give King’s Speech the edge. It is the sort of contestant built for a ranked choice contest, in that it offers something for everyone, and is likely to pile up second-choice and third-choice rankings.

That being said, Social Network is far from being out of the running. Without Ranked Choice Voting, Social Network would not have stood a chance against King’s Speech. But since a film must now garner majority support via second and perhaps third choice rankings, it now has a viable shot at winning – if it can attract enough of those votes. Unlike Black Swan, hardly anyone had an unkind word for this Facebook tale.

Meanwhile, no matter what you think of Hollywood’s new voting process – which I believe is fairer and more democratic (small “d”) – here’s one thing we can all agree on: it will help the Oscars make more money. Put simply, Ranked Choice Voting has made it feasible to select from ten Best Picture nominees. With more movies to draw fans to the telecasts, the Oscars can secure higher TV ratings and ad revenues.

Hmm, a decision-making process that builds consensus and helps make money? Perhaps that’s something that our elected officials should look into.