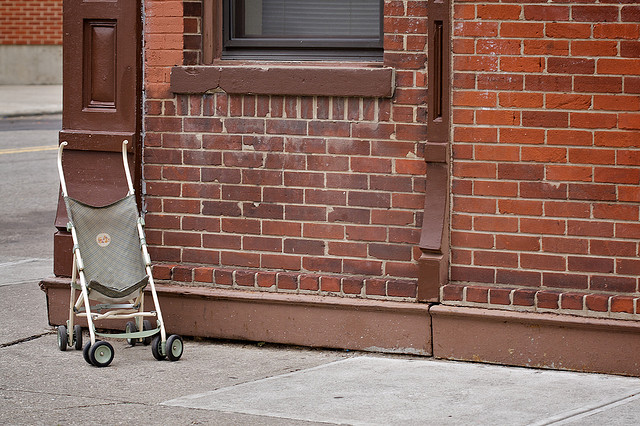 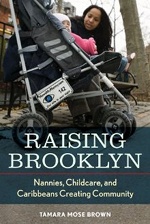 For many work-at-home parents in the gentrified neighborhoods of Brooklyn, the workday begins when the nanny comes to collect the children, bundling them off to the park and out from underfoot. The nanny’s workday typically begins much earlier. She may rise before sunup to prepare food for her own children and arrange their transportation to school or daycare before commuting across town to earn a living wage as a surrogate mother to an employer’s brood. In Raising Brooklyn: Nannies, Childcare, and Caribbeans Creating Community, Tamara Mose Brown gives a public voice to the concerns, hopes, and fears of West Indian child-care workers of Brooklyn, a tight-knit community of first-generation immigrant women who tend thousands of the city’s children each day in its public parks.

As a young mother of West Indian heritage herself, Brown has a personal background that provided enough common ground to gain privileged access to the women’s stories. During three years of graduate field work, she recorded countless interviews and extensive behavioral field notes from her observations of West Indian nannies as they worked and interacted with one another, their employers and their charges. The research culminated in Raising Brooklyn, a politically-infused documentary of the lives and work of the women she grew to know personally over the course of her dissertation research. An assistant professor of sociology at Brooklyn College, Brown writes about her hope that wider public awareness of how these women perceive their work might facilitate more open communication between them and their employers, thus improving their quality of life.

Brown argues that racial and cultural divides (and, on occasion, questions over legal residency) prevent parents and West Indian nannies from holding frank conversations about expectations and work/life boundaries. Various women, for instance, told her that their employers hold them to a double standard. They expect punctuality yet routinely call an hour before the day is over to announce that they plan to work late or to go out for dinner. This lack of respect for nannies’ personal time sows resentment that simmers beneath the surface, compounding other frustrations like contrasting parenting strategies. One nanny recalled having to take the rest of the day off to avoid losing her cool after a child spit on her in full view of his mother without receiving so much as a scolding.

Unexpectedly, the Internet seems to have further hindered communication between nanny and client. Brown tells us that the web has evolved into both a forum in which nannies can advertise their services and a surveillance tool for parents. Public watch sites like I Saw Your Nanny invite concerned citizens to report any caretaker’s activities while encouraging parents to turn a distrustful, punitive eye on their hires rather than discussing positive strategies for cooperative parenting.

Brown writes that most West Indian nannies intend to work in child care only for a short time, but the demands of the job and the expense of living in New York City make it difficult to take the requisite classes to change careers. Child-care workers have not organized to form a union, and Brown does not see this as a likely move anytime soon. For one thing, many undocumented laborers fear the political spotlight. Furthermore, the widespread attitude that mothering does not constitute legitimate “work” has long stymied a grassroots push for securing basic rights. New York law does not ensure minimum wage, humane and dignified housing for live-in workers, termination protocol or health care for child-care workers, a situation Brown hopes to change. Nannies, she argues, provide a critical service to the New York City economy by freeing up thousands of parents to participate in the workforce; the government ought to reward their contribution with a guarantee of basic rights and services.

Excerpt: “For Arlene, there was no amount attached to the worth of each hour’s work. She said, ‘They’re using me up like a donkey.’ They didn’t preschedule days for her, they just called her up on the days they wanted her to work. She worked random days and sometimes could not afford her rent. For example, one Monday she couldn’t afford the rent, so her sister had to help her out and the employers knew this, but they still didn’t pay her more for her hours worked. The frustration here, though, had more to do with the discomfort that Arlene felt about fighting for her rights as a worker and demanding higher pay.”