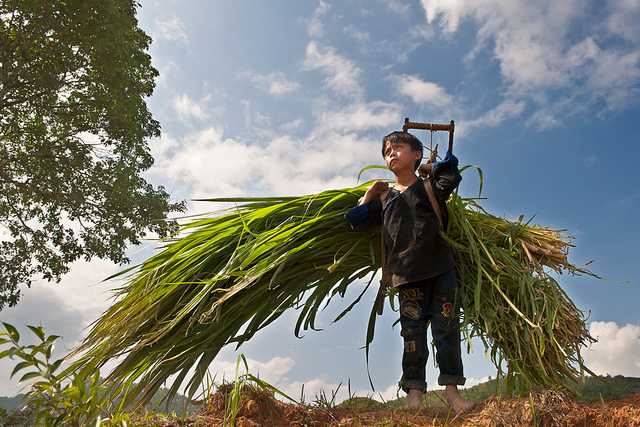 The Ragged Edge of the World: Encounters at the Frontier Where Modernity, Wildlands, and Indigenous People Meet
by Eugene Linden 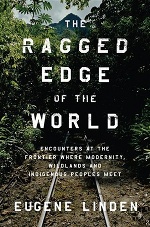 Not long after registering as a conscientious objector to the Vietnam War, recent college graduate Eugene Linden convinced a local newspaper to send him on assignment to the front lines. Over a few harrowing weeks of interviews, braving open fire, fever, and gastrointestinal distress, Linden earned his stripes as a journalist, scooping larger competitors with a front-page story on fragging (a Kurtzian phenomenon in which soldiers snap and turn on their superior officer).

This first reporting trip served as a kind of initiation into the world of extreme journalism and instilled in him a passion for far-flung places where Western norms break down and manicured lawns give way to the wilds of nature. The Ragged Edge of the World: Encounters At the Frontier Where Wildlands and Indigenous People Meet sweeps together some of the more colorful tales from Linden’s extensive travels over the past several decades, providing an entertaining romp with a sobering message: that the wild frontier is rapidly disappearing.

When Linden returned to Vietnam years later, in 1994, he came in search of a newly discovered genus of hoofed mammal, a deer-like creature called the pseudoryx. The pseudoryx had for years escaped scientific detection and decimation by poachers, thanks to its ability to forage on impossibly steep, algae-covered slopes. Even the Vietnam War, despite all of its defoliating poisons, proved an ironic boon to the pseudoryx. The destruction to the country was so great that no one bothered to venture into the pristine patch of mountain territory where the two-hundred-and-twenty-pound animal survived.

Such isolated ecosystems cannot hold their own for long against the modern world, however, and Linden wants to raise awareness of the problem, so that more funding and ideas may flow into the effort to preserve these places.

The ecological Eden of Ndoki, a tropical forest in central Africa, has already reaped the benefits of Linden’s reporting. Linden traveled there with explorer and scientist Mike Fay and a group of Pygmy porters. The Pygmies had long ago ceded Ndoki to supernatural forces, and none had ever followed the elephant trails into its depths. As the party traversed the region, they encountered a vast band of chimpanzees that had never seen a human being. The apes responded to the meeting with total, slack-jawed shock and a confused burst of stamping feet, fear calls, and greetings as they stared across time into the faces of their distant cousins. Fay and Linden both mark that moment as one of the most magical of their careers, and, thanks to both men’s accounts of their journey into the forest primeval (Linden in Time and Fay in National Geographic), the World Bank helped to cut a deal to preserve Ndoki from the logging operations that have begun to clear cut neighboring tracts of land.

Linden writes to educate, but he also writes to capture the imagination of his readers. As The Ragged Edge of the World jumps from New Guinea to Midway Island to Antarctica to the Congo, readers come away conversant in an array of geological, anthropological, and environmental issues. We also learn how to escape an attack of African driver ants and why gnawing the leavings on a gorilla-discarded fruit rind is a bad idea.

In his introduction, Linden writes that he had no interest in pursuing his early success as a war correspondent. He had his eye on a different kind of war: the conflict between human beings and the natural world. After decades of documenting Earth’s frontiers, Linden has seen many battles lost, but he also sees much worth salvaging, and he remains hopeful that with innovation, commitment, and international cooperation, this generation can perhaps stop the clock a few minutes short of midnight.

Excerpt: Let’s say, for instance, that a seal dies in shallow waters. The corpse will quickly freeze to the bottom of the ice at low tide, and rise slowly to the top as ice forms below it and evaporates above. Once it has made its way to the surface, the seal’s body rises onto a pedestal as it insulates the underlying ice from the sun. Eventually the ice breaks up, and the seal, now mummified by the sun and dry air, drifts out to sea. If cold air is flowing down from the ice sheets, the refraction of the sun’s rays will create a mirage and it will appear as if the seal is standing as it sails off towards its icy Avalon.