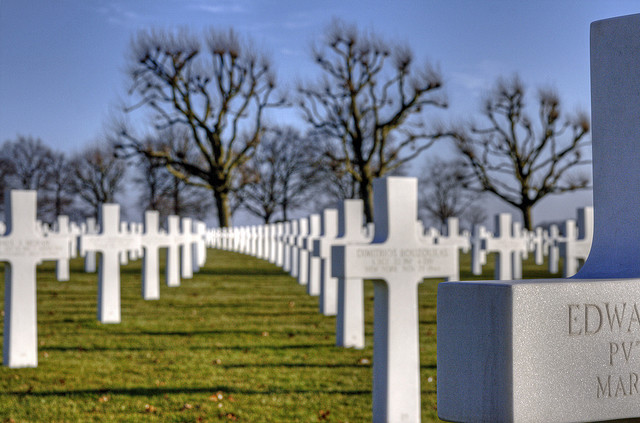 The Long Road Home: The Aftermath of the Second World War
by Ben Shephard 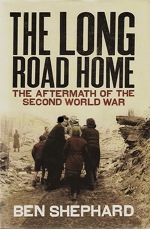 The global destruction wrought by the Soviet and German armies during World War II was not undone by the simple act of surrender that ended the war. Between ethnic cleansing, the capture of millions of POWs, the extensive use of slave labor and the Holocaust, millions of people were removed from their homelands during the war and were unwilling or unable to go back. The allies would spend years helping Europe recover.

Nobody wanted to repeat the mistakes made after the First World War, when disease and starvation killed millions. But the allies were prepared to repatriate Germany’s slave laborers and their prisoners, who became known as displaced persons, or DPs. They simply didn’t know that they would be facing an entire continent destroyed, with peoples shattered and freezing, sick and nearly starving, homeless and traumatized.

The Long Road Home is first and foremost about the extent of this mess, and Shephard, an English historian, effectively captures the human suffering that far outlasted the war. His real achievement, however, is contextualizing the postwar fates of the peoples of Europe within the larger political implications of managing their care and resettlement.

To facilitate the postwar recovery, the four great powers (the United Kingdom, United States, Russia and China) established the United Nations Relief and Rehabilitation Administration in late 1943. This multilateral (though primarily American-funded) organization would care for, feed, and repatriate displaced persons in Germany. UNRRA ran DP camps, managing the logistics of feeding people and preventing disease outbreaks. But, as Shephard puts it, Germany “was in a far worse state than had been foreseen.” And the biggest problem was that “not all the displaced persons would be going home before winter came-and some of them would not be going home at all.”

The Yalta agreement, in February 1945, called for the exchange of prisoners, but millions of Ukranians, Poles, Yugoslavians, other Baltic peoples and Russians all desperately wished to avoid being sent back east. Many staged mass civil disobedience, while others committed suicide. As Stalin had once said “we have no prisoners, only traitors,” the fear was understandable. Nonetheless, about 70,000 people were forcibly returned to the Soviets and Yugoslavs before the allies stopped forced repatriations. Many Poles did not want to go back either – the educated and well-connected, in particular, knew what the Soviets had in store for their country.

Meanwhile, German citizens straggled back into their battered homeland, also sick and starving, having suffered an “orgy of violence” at the hands of Poles and Czechs meting out harsh victors’ justice, Shephard writes. Feeding and caring for them was seen not just as a humanitarian imperative, but also as an essential move toward preventing another Hitler or the rise of communism. And there was the special problem of the surviving Jews of Europe. When the concentration camps were liberated at the end of the war, roughly 200,000 Jewish prisoners left alive. Many died soon after, while the majority of the survivors were in terrible shape mentally and physically. Zionists attempted to fill the void by encouraging emigration to Palestine. Meanwhile, the British were staunchly opposed to letting more Jews in, believing that European Jews would have preferred to remain were it not for pressure from Zionists. But the fact that many Jews found themselves living in camps again (albeit relatively well-appointed camps), no doubt helped efforts to recruit emigrants.

In short, “it was the Zionists who provided the early leadership, the sense of purpose, for the dazed and bewildered survivors, as they struggled to come to terms with their new lives,” Shephard argues. American Jews, perhaps motivated by guilt, were moved to act when they learned that Jewish survivors were being held in camps all over again. Many advocated for the United States to support emigration to Palestine.

For all the planning during the war, and efforts to work through multilateral institutions afterwards, Germany remained in shambles until currency reform and the Marshall Plan in 1948. Immediately after the war, America’s isolationist instincts re-emerged and support for UNRRA was grudging at best. But as the Truman Administration gradually adopted the policy of “containment” and began to move unilaterally into Europe’s internal affairs, the country became more engaged. With the Marshall Plan, America demonstrated that Europe – especially West Germany – would not be abandoned. The “psychological and political” impact was crucial in enabling the continent to move out of its shattered past and on to prosperity.

Excerpt: On August 23, 1945, two British journalists went to the Stettiner station in Berlin to meet a train loaded with German refugees fleeing from the East. The journey from Danzig had taken seven days. Inside a cattle truck they saw, on one side, four dead bodies lying on a stretcher, and, on the other, four dying women. All over the station, on platforms, and in the booking hall, people were dying. . . . Those people were just part of a tide of human misery reaching the German capital every day. Up to 25,000 a day were arriving by foot and being turned away by the authorities.

Further Reading: Postwar: A History of Europe Since 1945 by Tony Judt; Truman by David G. McCullough