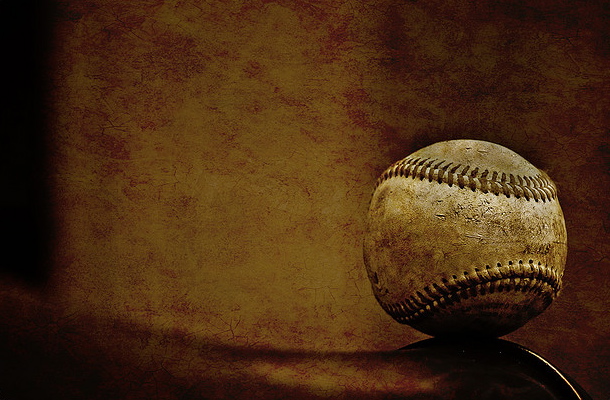 Baseball in the Garden of Eden: The Secret History of the Early Game
by John Thorn 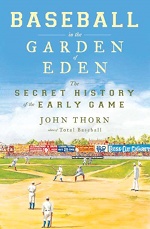 John Thorn’s Baseball in the Garden of Eden is much more than a history of the national pastime’s beginnings. It is an account of how and why Americans developed their special talent for self-delusion.

In describing how a Civil War hero named Abner Doubleday earned bogus designation as baseball’s creator, Thorn offers a magisterial history of how history can be manufactured. And while the book is set mostly in the 19th century, it couldn’t be more timely or newsy in the way it hones in on profound weaknesses in the American character. It thus belongs alongside recent volumes such as Seth Mnookin’s The Panic Virus (an account of the falsehood that vaccines cause childhood autism) and Michael Lewis’ The Big Short (about the financial crisis and the fictions that spawned it) that have shown our unwillingness to face facts, even those right under our noses.

Central to this American disease, as dissected by Thorn, is our susceptibility to the Great Man Theory of change. Our devotion to stories of geniuses and heroes is so total that when such stories don’t exist, they must be invented. The narrative of the book revolves around how Albert G. Spalding, early baseball participant and sporting goods magnate, helped turn Doubleday – the war hero from Cooperstown, New York — into baseball’s Founding Father.

Related to the American preference for Great Men is our unwillingness to accept evolutionary explanations for the development of institutions. We cling to our guns and our creation myths, even in baseball. One reason for this devotion to creationism is our belief that America itself is a magical creation, of the Creator and the divinely blessed Founding Fathers. Those who believe this simply have been loathe to acknowledge the foreign influences that have shaped our major institutions, including baseball.

The authors of baseball’s bogus history, thus, labored to counter considerable evidence that baseball’s roots are in England with games that involve bats, balls pitched to bats, two sides alternating innings, multiple safe havens (or bases), and a round circuit on the field. Hence Doubleday. And when Doubleday’s creation myth was exposed as fraudulent, a minor figure in baseball history, Alexander Cartwright, was named the new creator.

“Cartwright became, no less than Doubleday, a tool of those who wished to establish baseball as the product of an identifiable spark of American ingenuity, without foreign or evolutionary taint,” Thorn writes.

This kind of American mythmaking is exasperating, not least because the truth about our history is always more fun and interesting than the hokum – for exactly the same reason that the Immaculate Conception, for all its lasting power as narrative, is not nearly as fun and interesting (for participants and observers alike) as the genuine article.

As Thorn shows, baseball was tweaked and shaped by clubs and men, few of them with heroic biographies. Among those who helped evolution along were gamblers, political thugs, and the owner of Magnolia Club, a 19th century New York establishment that provided any service a man of means desired. And from its earliest days in baseball (Thorn pegs baseball’s American beginnings to “about 1735” in the hotbed of Upton, Mass.), the appeal was not the game’s poetry but “its genial backwoods sadism, epitomized in the practice of plugging a runner to put him out between the bases, and stinging the hands or battering the countenance of the catcher; these translated to courage.”

As the game evolved, rules like this were changed to make it less brutal, but also less beautiful. Thorn pines openly for the earlier version of baseball known as the Massachusetts game, which produced more freewheeling, fast-paced contests that required athleticism from the players. What we have today is the staid New York version, which grew more popular in part because it was “easier for unathletic clerks to play.” Evolution is cruel like that.

Thorn offers three unholy reasons why baseball became the American game. Its rhythm and rules, with its pitch-by-pitch action, made it ideal for gamblers, who found it full of individual contests upon which to make wagers. The game also produced statistics that were easy to follow in the papers, giving the game a crucial boost of publicity. It also didn’t hurt that baseball was the sort of sport that could be played or watched while eating junky food or drinking alcohol.

Thorn’s book, at its weakest moments, offers too much detail about all the tiny evolutionary pivots in baseball’s history. But at its best, Baseball in the Garden of Eden is social history of the first order.

Some of the characters are unforgettable. There’s a Congressman and early club owner who has his players forfeit a game they are certain to lose in order to protect a bet he has made on them. The secretary of an important early team turns out to be a billiard room owner and Tammany Democrat linked with the party arm that intimidated undecided voters.

Angelenos may smile at the story of Abner Graves, the man whose letter claiming that he had witnessed Doubleday’s invention of baseball was the linchpin of that creation myth. Graves was, Thorn reports, “a real estate huckster in Southern California” who in May 1895 tried to sell the people of Pasadena on “an elevated railway whose cars are said to be able to make a speed of 200 miles an hour.” Mr. Graves later shot and killed his wife.

And then there’s Thorn’s moving account of Louis Fenn Wadsworth, the forgotten man who may have had the greatest impact on the game. (He gave the game nine men and nine innings). After his 19th century playing days, he married a wealthy woman and became a judge. But then she died and he drank. In 1898 he committed himself to the poorhouse, where he spent the last decade of his life, without a single visitor.

Thorn, who has been researching baseball’s paternity for nearly 30 years, writes in the acknowledgments that he’s not likely to write on the subject again. This book is one heck of a curtain call.