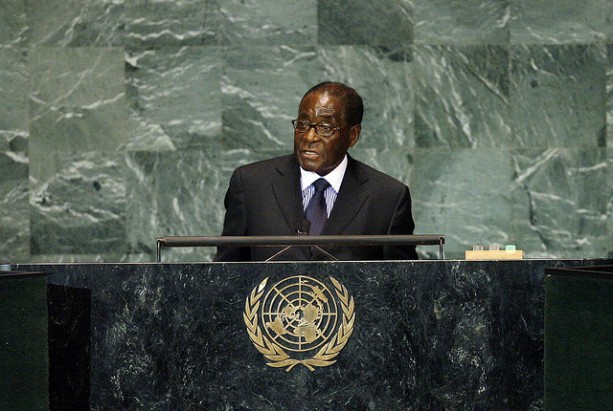 The Fear: Robert Mugabe and the Martyrdom of Zimbabwe
By Peter Godwin 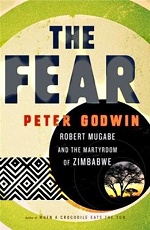 For a brief spell, starting in 1980, Zimbabwe looked like it might set an example for the world, its citizens united in a newly established multi-ethnic democracy undergirded by strong colonial-era British institutions. Rebel leader Robert Mugabe had peacefully assumed office, embraced the country’s minority tribes as well as its white citizens, and all but assured everyone that business would pretty much go on as usual.

That lasted about two years. Then, in 1982, Robert Mugabe unleashed a North-Korean-trained brigade on a rampage against members of the Ndebele tribe in the southern region of Matabeleland, leaving thousands, perhaps tens of thousands, dead. It was an effort to quash his political opponents, and it worked. The rest of the world, loath to kill its dreams of a happy Zimbabwe, looked the other way. But to anyone willing to confront reality, the true nature of Robert Mugabe had become all too clear.

The first journalist to report on the massacres was a young lawyer named Peter Godwin. Born in Rhodesia in 1957, Godwin had grown up in a rural part of the country and served in the British South African Police under Prime Minister Ian Smith. After getting a university education in England and becoming hopeful about a new and better nation replacing white-ruled Rhodesia, he’d returned to his country of birth to be a lawyer. But the subversion of the rule of law under Mugabe quickly disillusioned Godwin, and he abandoned the legal profession. Then, at great risk to himself, Godwin ventured into the killing zones of Matabeleland in 1982 and reported to the rest of the world on the mass murder unfolding there.

Having made himself an enemy of Mugabe and his regime (and barely escaping Matabeleland with his life), Godwin left Zimbabwe for good, returning only for reporting trips or visits with family. He lives today in New York, but he continues to report on the ceaseless decline of what was once the breadbasket of Africa. No writer has chronicled the fall of Zimbabwe more thoroughly, movingly, or vividly. While Zimbabwe managed to survive the 1980s in a relatively prosperous state, by the 1990s corruption and economic mismanagement had taken a severe toll. In 2000, Mugabe began to confiscate white-owned farms, sending food production levels plummeting, and inflation degenerated into hyperinflation, with even a bottle of beer costing trillions of Zimbabwe dollars. Poverty and starvation overtook the country.

Godwin’s latest book, The Fear: Robert Mugabe in the Martyrdom of Zimbabwe, is the third he has written about his native country. The book begins in March 2008, when Mugabe held an election in which voters rejected him so overwhelmingly that even bribes, threats, beatings, and ballot-stuffing couldn’t obscure the results. For a few days, it seemed almost possible that Mugabe was going to relinquish power. Then those hopes were put to rest, as Mugabe unleashed a wave of horrific attacks on supporters of the opposition party.

Godwin takes us through the weeks and months that followed the 2008 election, introducing us to a striking collection of heroes and villains. The stories of evil are terrible – so disturbing that one hesitates to include any in this review. Let the one sample be that of a woman who was raped while being forced to hear the screams of her father being beaten to death. Such is the enforcement of Mugabe’s rule.

But Godwin’s book is far too varied in scene, mood and tone to be simply a parade of horrors. It’s beautiful in some places, funny in others. What’s also striking is the courage of the good people he chronicles. They are the opponents of Mugabe who return to Zimbabwe knowing full well that what will greet them at the airport is a phalanx of police waiting to cart them off to a jail cell. They are the election workers who resolutely try to keep the process honest, even though they know that they can expect arrest and torture. To be good is to be brave. The stories in The Fear remind us of that central truth. So does Godwin’s courage in telling them.

Excerpt: Borrowdale Racecourse has limped on, through all of Zimbabwe’s crazy decline, though with a vastly reduced field… That is what’s so bizarre about this place. That even as the violence goes on, there is somehow an illusion of normality, a tuning-out of the awfulness that surrounds us, just as surely as the airwaves above us thrum with ZBC’s [Zimbabwe Broadcasting Corporation’s] malign message. Yet here people are placing bets on horses, and drinking bad sparkling wine. That, I suppose, is the genius of the human condition, its ability to adapt, even to the most extreme situations.