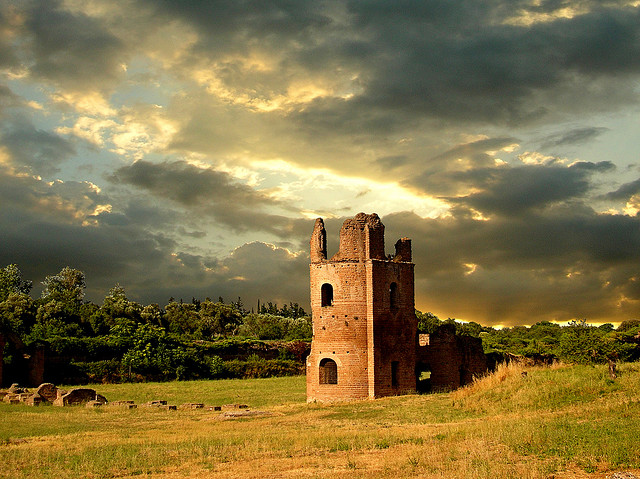 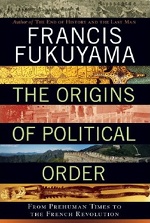 Francis Fukuyama, almost singlehandedly, belies the belief that the age of great books in the field of political science is a bygone one. He seeks not the flash of a shocking assertion, but the profundity of a genuine insight. His tone is lapidary and explanatory. Linking Fukuyama’s varied explorations of world politics are the fairness of his judgments, the lucidity of his prose, and above all his relentless questing for fresh insights. He exemplifies Max Weber’s belief in scholarship as a vocation.

The steady heightening of Fukuyama’s mastery was by no means a foregone conclusion. The neoconservative world, from which Fukuyama emerged, became enveloped in a costive parochialism. But Fukuyama managed to absorb the best of neoconservatism-a penchant for heterodoxy and intellectual inquisitiveness-while rejecting utopian experiments on the world stage. Fukuyama openly parted ways with his neocon comrades in an essay for the National Interest in which he criticized the Bush administration for its conduct of the Iraq War. (This prompted Charles Krauthammer to vilify him as trafficking in anti-Semitism.)

Fukuyama followed this with a book, based on a series of lectures delivered at Yale, called America At the Crossroads. It posed a question that neocons have never really been able to answer. Why, if the early neocon emphasis was on the difficulties inherent in social engineering (exemplified in the writings of Irving Kristol and Daniel Patrick Moynihan), did the current generation of neoconservatives, which included Fukuyama’s own former mentor Paul Wolfowitz, now champion nation-building in the forbidding terrain of the Middle East?

Fukuyama’s query had a special resonance because Fukuyama was a student of Allan Bloom, who, in turn, had been a disciple of political theorist Leo Strauss. Much obloquy has been heaped upon Strauss for having produced his followers, but in fact Strauss, who died in 1973, had nothing but scorn for contemporary utopians who sought to create modernity in their own image. One of the enduring mysteries of the rush of Paul Wolfowitz and William Kristol to overthrow Saddam Hussein is why they were so heedless of Strauss’s warnings about the perils of trying to reengineer whole societies.

Fukuyama, in his own way, may be the last heir to the older Straussian tradition. His interests are capacious, but he has for several decades been focused particularly on the role that ideas play as the motor of history. In Fukuyama’s case, some of the most influential ideas in his lifetime have been his own. In the 1989 essay that first made him famous, Fukuyama exuberantly declared an end to history, thanks to the ideological triumph of liberal democracy. It was an assertion so bold and seductive that it helped usher in the very mood of triumphalism that Fukuyama later criticized-the complacent sense that might makes right and that America can go it alone, intervening whenever and wherever it likes, regardless of what other powers may think.

Now, in The Origins of Political Order, Fukuyama takes a fresh look at the conundrum of state-building. Fukuyama sees his book as a successor to Political Order, a classic by the late Samuel Huntington. Why is it that societies have organized themselves into democratic or authoritarian states? To explain why Europe, China, and India followed different paths to modernity-and why some areas of the world remain pre-modern-Fukuyama draws as much on evolutionary biology as on notions of warfare.

The book has an old-fashioned feel to it. It’s compendious. It offers sweeping judgments. And Fukuyama conducts a kind of running conversation with Max Weber, Ferdinand Tonnies, Karl Marx, and other sociological thinkers as he ranges across the centuries to explain human development.

This is no polemical tract praising the greatness of the western tradition. Fukuyama has no time for the complacent belief that the rise of western civilization is the story of perpetual progress. Instead, he makes it clear at the outset that he is apprehensive about the ability of the contemporary American political system to adapt to change instead of being swept into the dustbin of history.

Fukuyama points to a list of familiar contemporary ailments: the presence of entrenched interest groups, the polarization of Congress, the homogenization of neighborhoods and regions along ideological lines, and the lack of intergenerational mobility. But he sets them into a broader context of the rise and fall of civilizations. America has reached a new political and economic crossroads that will require its elites to engage in the kind of sacrifice that they have shirked in recent decades. As Fukuyama sees it, societies that have failed to confront major political or fiscal threats usually resort instead to quick fixes, convinced that what worked before can keep working now. “There was no necessary reason why the Mamluk Sultanate in Egypt couldn’t have adopted firearms earlier to meet rising external threats, as the Ottomans who ultimately defeated them did,” says Fukuyama. “Nor was it inevitable that emperors in the late Ming Dynasty in China would fail to tax their citizens adequately to support an army that could defend the country from the Manchus. The problem in both cases was the enormous institutional inertia existing behind the status quo.”

As he ranges across history, Fukuyama explodes a number of myths about mankind. He observes that the old belief propounded by Rousseau, Hobbes, and Locke that human beings tend to be isolated individuals in the state of nature is not correct. The reverse, Fukuyama says, is the case: man began as a social animal and then began to develop more individualistic traits. He notes that the fatal flaw of neoclassical economics, at least in its pure form, is the notion that human beings are rational creatures who always seek to maximize their income. This school flourished during the 19th century, much to the chagrin of Charles Dickens, who mocked the neoclassical Manchester school of economics for its assertions that people could be understood in terms of acting in their interests-“as if the vices and passions of men had not been running counter to their interests since the Creation of the World!”

Fukuyama doesn’t make the mistake of ignoring human nature. Rather, he emphasizes that “inclusive fitness, kin selection, and reciprocal altruism are default modes of sociability.” This is why most human societies are organized in the same fashion-on the principle of kinship, or what is often called a patrimonial society. Fukuyama notes that the communist impulse contravened this principle. “Forced collectivization by the Soviet Union and China in the twentieth century sought to turn back the clock to an imagined past that never existed, in which common property was held by nonkin,” he says.

How did societies move away from a patrimonial order toward the creation of the leviathan that is the modern state, characterized by Nietzsche as the “coldest of all cold monsters”? Fukuyama points to several theories of state formation. One connects the rise of large states to the need for irrigation (Mesopotamia, Egypt, China, and Mexico). Another theory emphasizes population density. A third is that states are produced by violence-Prussia, for instance, was known as an army in search of a state.

For Fukuyama, the key to state formation is the existence of a potent and centralized bureaucracy. This can often be driven by the threat of warfare. The fledgling Chinese state, Fukuyama notes, was waging battles almost continually from the Zhou dynasty onwards. To do this effectively required a bureaucracy, which was something that China developed much earlier than the western democracies.

In contradistinction to Western Europe, however, China did not develop modern capitalism or the rule of law. The conditions for the growths of states differ, and there is no single path to modernization. “Contrary to the Marxist view that feudalism was a universal stage of development preceding the rise of the bourgeoisie, it was in fact an institution that was largely unique to Europe,” writes Fukuyama. “We should not necessarily expect to see non-Western societies following a similar sequence.”

Fukuyama is himself waging war of sorts. His foes are the procrustean political theories that try to offer monocausal explanations for complex historical events. As he ranges around the world, Fukuyama makes it clear that he is not a cultural essentialist. Nor does he believe that geography is destiny. Despotism isn’t the only mode of governance possible for Russia, for instance. “Russia,” he says, “is in no way trapped by its history. The absolutist precedents set by Ivan IV, Peter, and Stalin were followed by periods of liberalization.”

Such assertions are persuasive. To presume that Russia or other countries are slaves to the past is to banish contingency from history. The paths that nations follow may be as much the result of folly as of foresight. They are in any case unpredictable, which is why the revolutions of 1989 came as such a shock to both academic and political elites, who had become habituated to the status quo.

When it comes to the power of democracy, Fukuyama is surprisingly glum for someone who became famous for lauding its triumph. While the industrial revolution and its attendant rise in productivity created a world in which the severe doctrines of Thomas Malthus no longer obtained, Fukuyama gives minimal credit to democratic institutions in fostering this new prosperity. Economic growth might help to create stable democracies, but many authoritarian countries have compiled impressive growth records, too. “While having a coherent state and reasonably good government is a condition for growth, it is not clear that democracy plays the same positive role,” Fukuyama says. This is a rebuke to those who believe that the free enterprise system cannot function other than in a democracy.

Fukuyama’s tone, as he takes aim at prevailing myths, is never less than calm and self-assured. This volume ends on the eve of the French Revolution, and Fukuyama promises a sequel that will take his account of political order up to the present. Perhaps he’ll present the Iraq War as the apogee of American power before the country was shorn of greatness. It wouldn’t be altogether surprising, for the truth is that there has always been a somber cast to Fukuyama’s writing. James Atlas, writing in the New York Times in November 1989, observed that Fukuyama seemed to have a measure of contempt for the culture whose triumph he seemed to be celebrating.

Fukuyama’s gloom is rooted in sound caution, though. The record of civilizations that Fukuyama chronicles in his magnum opus offers as much room for doubt as hope. He notes that the real danger to liberal democracy comes not when the state is too strong, but when it is too weak to act decisively. At a moment when the right is calling for emasculating the federal government, Fukuyama’s warning is all too timely.

Jacob Heilbrunn is the author of They Knew They Were Right: the Rise of the Neocons.