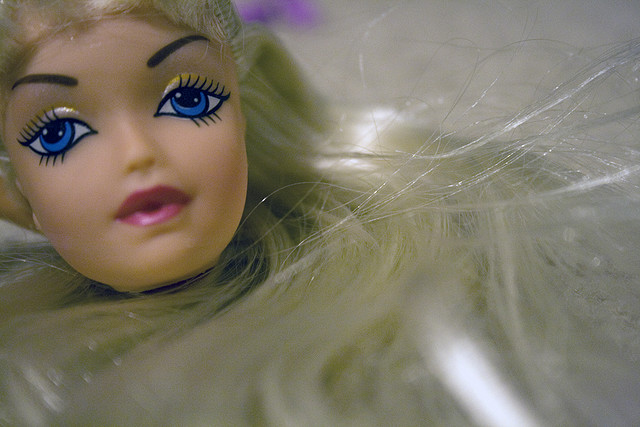 As a socially-conscious editor of Zócalo – not to mention devoted husband to a professionally accomplished woman – I should warn readers that some of the videos you’ll see in this retrospective on women in advertising are disturbing. That’s also why they’re entertaining, but don’t say you weren’t alerted.

And while we’re on disclaimers, I should confess up front that I have none of the academic expertise seen within our universities, where thousands, possibly millions, of man-and-woman-hours have been spent dissecting the library of American television advertising to discern what it all means – “The Semiotics of Cheetos,” and so forth. But some things come through even for us amateur couch potatoes. And what these commercials say about our views on gender roles (I do believe this is the first time I’ve typed those words) wasn’t quite what I expected.

Of course, we did used to be completely sexist – no other word for it – and it’s worth getting the worst over with immediately. It’s an ad for Tab Cola in which a woman is urged to be a “mind sticker” by staying slim for her man (who’s busy at work):

Remember: he wants you with a good shape, and “keeping your shape in shape has its rewards,” when hubby decides it is time to stop working. This is some four decades old now but, if TVs had been around a little earlier, could have easily been shot in the 18th Century. The 1960s might have been seeing major changes in race relations, but changes in male-female roles were much slower to take root. The National Organization for Women wasn’t even founded until 1966.

From the same era, this ad for Goodyear Polyglas tires supposedly aired on the very first Monday Night Football telecast, in 1970. It doesn’t flat out say that women can’t drive, but that’s only because it says it in every other way.

As the 1970s unfolded, though, the change in attitudes toward women manifested itself quite rapidly. Search through YouTube ads from the second half of the decade and you’ll have a much harder time finding Tab-like offenders. Sure, there’s this “Gentlemen Prefer Hanes” (panty hose) commercial from the late 1970s:

But the mentality is still vastly different. This woman is trying to get guys, she’s going on dates, and those classy dudes like classy nylons. She’s not trying to prevent her current man from leaving her but, rather, empowering herself to feel sexy and draw attention. That’s in sharp contrast to the Tab pitch to keep “your shape in shape” (demurely, as these are not bikini-clad ads) to stick in your man’s mind.

On the other hand, for all the efforts to liberate adult women from traditional gender roles, what was happening in advertising for young girls was in many ways the opposite. Let’s turn the clock back to 1970 with an ad for Barbie that actually isn’t all that bad. It’s for the “Living Barbie”:

While we’ve seen extensive debate over whether Barbie encourages unnatural beauty standards among women, what’s striking about this ad is who sets the standards. It isn’t Barbie; it’s the little girl. (That’s Maureen McCormick, for Brady Bunch fans.) Barbie, boasts the announcer, is “acting more like a real teenager than ever before.” And the girl says, “Wow! She’s real, like me!” Barbie was improved because she was more natural.

This makes 1970 look relatively enlightened. In the years that followed, girls, unlike adult women, were being encouraged to be, if anything, less natural and more “girly” than ever. With no product was this more obvious than with children’s cosmetics, which really took off in the late 1970s. Here’s an ad (embedding disabled) for Barbie make-up from the late 70s or early 80s.

Barbie wasn’t alone in offering such products. Hasbro offered Fresh ’n Fancy. Ideal offered the Gettin’ Pretty Beauty Boutique. It was a trend. And I’d argue that it heralded the sexually precocious girl culture, the “prostitot” phenomenon, that so plagues us today. In 1981, Time magazine observed that kiddie cosmetics had caught on fire in recent years, already becoming a $100-million-a-year business.

Of course, we got wise and have abandoned all that sort of advertising, right? Wrong! Here is Barbie’s Candy Glam from 2008:

Even as women have come a long way, we’ve left young girls behind.

*Photo courtesy of me and the sysop.