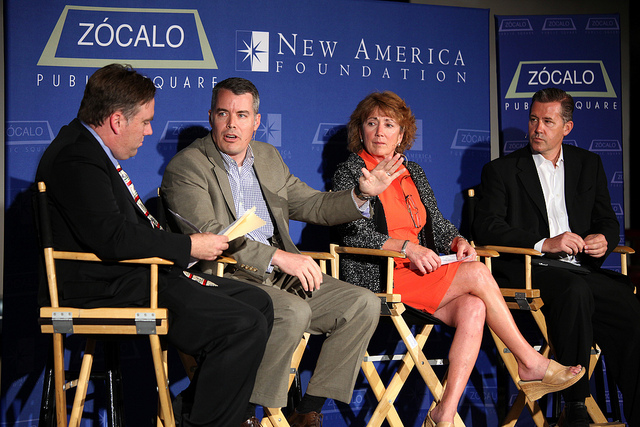 California is often criticized for having some of the lowest civic engagement rates in the nation, but Pete Peterson, executive director of the Davenport Institute for Public Engagement and Civic Leadership at Pepperdine’s School of Public Policy, suggested that the state may be getting an unfair reputation.

“If you look at us nationwide, we don’t look too good,” he said in front of a diverse crowd of hundreds of Angelenos on a panel co-presented with the New America Foundation as part of the Connecting California partnership. “If you look at us against other large ethnically diverse states like Florida, Texas and New York, then we start to look a little bit better.”

Nationwide, California is ranked among the bottom five in voter registration rates and 46th in the percentage of people who talk about politics with their family and friends a few times a week or more. But, Peterson said, the state ranks number one or two when compared to those states with similar demographics.

Still, all four participants on the Zócalo panel agreed that Californians aren’t civically engaged enough. Moderator Joe Mathews, Zócalo’s California editor and the New America Foundation’s Irvine Senior Fellow, as well as the author of two books about California politics, guided each panelist to share their different perspectives on the root causes of the problem and how to fix it.

The Downside of Diversity 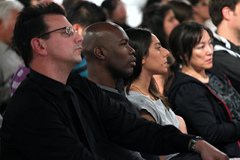 Three of the four participants on the panel live in the Los Angeles area, and all three said they are grateful to live in a region and a state that is so diverse in terms of race, religion, socioeconomic status and nearly every other factor. Yet they agreed that there is a downside to that diversity: research shows that the more diverse the state, the lower the rates of civic engagement.

“From an engagement perspective or from a political perspective, diversity creates barriers,” said R. Michael Alvarez, a political scientist at the California Institute of Techology who focuses on elections and voter behavior.

Those barriers can include language, class distinctions and simply distance, panelists said.

“Look at where we are in LA,” Alvarez continued. “The state capitol is a zillion miles away in Sacramento. […] It’s difficult to get around, difficult to be connected politically because of the vastness of the state.”

John Rogers, a professor of education at UCLA and the founder of the university’s Institute for Democracy, Education and Access, said many people often feel excluded by the political process and are disappointed that elected leaders don’t address important issues like unemployment and rising incarceration rates.

“Unless our politics can respond to those sorts of problems, people are going to feel alienated,” he said.

The Importance of Education

Unsurprisingly, people with higher education levels are more likely to be involved in every part of the political process, from voting to voicing complaints about the system. Rogers, who co-directs UCLA’s Principal Leadership Institute, said it’s unfair to expect people to vote if they haven’t received a good education in why their voice matters.

“Students need access to instruction that teaches them about history, current events, problems in their communities, ways they can participate in addressing those problems,” Rogers said. “They need extracurricular activities and some opportunities to participate in community service activities.”

And too few students, particularly African-American and Latino ones, are likely to get those opportunities, panelists said. Karen Thoreson, president of the Alliance for Innovation, a national non-profit organization that promotes innovation and best practices for local governments, said some communities across the country are working to educate people who may have missed out on those lessons in school. The ones that have been successful, she said, have made an effort to reach out to people on their own turf.

“City Hall is really not a terribly friendly place; most people don’t feel that good about going to City Hall,” she said. “Some local governments that we’re seeing are taking meetings out to the people.”

Thoreson also described a program in Austin, Tex., called “Meeting in a Box.” Government workers handed boxes containing materials for a meeting to residents across the city, then encouraged them to gather friends, co-workers and neighbors to talk about how to improve their communities. The project has allowed the city government to hear from people who never would have shown up to a city council meeting, she said.

How to Fix The Issues 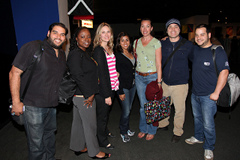 Mathews, a self-described “cynical political journalist,” said he is skeptical of some of the plans often mentioned as possible silver bullets to the problem of civic disengagement. But all three panelists offered partial solutions that could combine to improve Californians’ engagement.

“The government will be making [demands] upon the public to not just vote but to participate in delivering services,” he said “Before, the resident was just a taxpayer.”

In what Mathews described as the “lightning round” toward the end of the panel, he asked panelists to give a 30-second answer about the biggest thing the state can do to improve civic participation. Peterson answered first and called out the confusing tax system.

“Most people have no clue where their tax revenue goes,” he said. If they did, they might be inspired to participate in the political process to change the balance.

Thoreson said that elected leaders need to inspire trust, both by being good at their jobs and by seeking to connect with people. Alvarez’s answer was exactly one sentence: “Make it easier to register to vote.”

“Californians should work on the federal level for comprehensive immigration reform,” he said. “So many people are excluded from the political process.”

A high school student from Beverly Hills asked a question based on her experience on a local teen council, which gives young people a voice in civic affairs. The panelists agreed that if every community had a program like that one, civic engagement rates would be much higher.

“In places where the community asks and listens, these efforts are very successful,” Thoreson said. 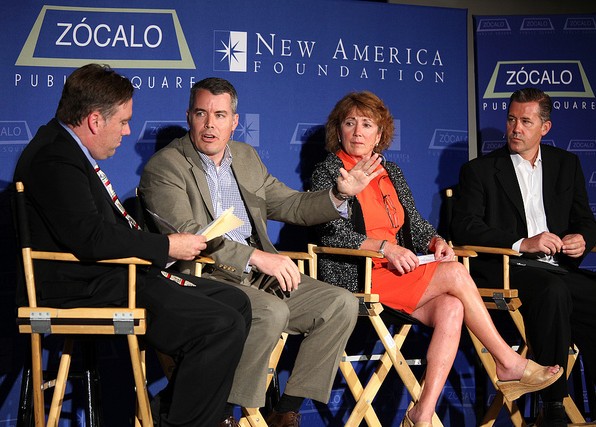