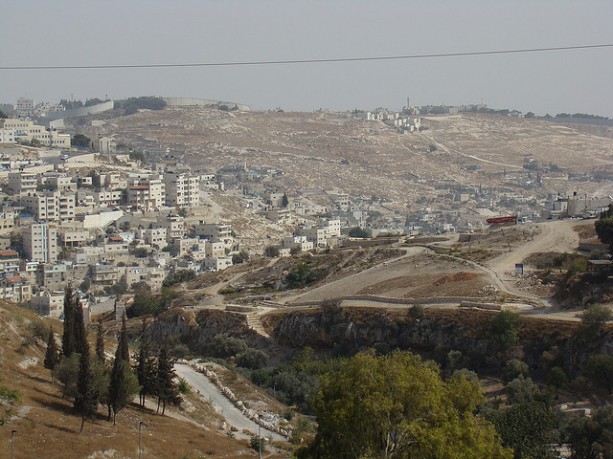 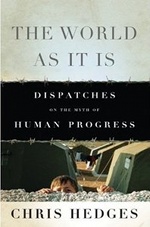 For decades, acclaimed writer Chris Hedges has worked as a journalist, author, and war correspondent, specializing in Middle East and American politics and wartime societies. He spent 15 years as a foreign correspondent for The New York Times, including working with a team of reporters in 2002 that won the Pulitzer Prize for their coverage of global terrorism. He has taught at many of the United States’ top undergraduate schools, such as Columbia University, New York University, and Princeton University. In 2002, his best-selling book War Is a Force That Gives Us Meaning was chosen as a finalist for the National Book Critics Circle Award for Nonfiction. Needless to say, the man’s pedigree is impressive for its prestige and longevity.

So it was with great anticipation that I picked up his newest publication, The World As It Is: Dispatches on the Myth of Human Progress, a collection of essays written by Hedges for Truthdig.com between 2006 and 2010 compiled into one neatly packed anthology. The book spans a wide range of subjects and partitions each broad topic into its own subsection. Specifically, Hedges includes 24 essays under the Politics heading (titles range from “Buying Brand Obama” to “This Country Needs a Few Good Communists”), 12 essays discussing Israel and Palestine (including “Israel’s Barrier to Peace” and “Israel’s Racist-in-Chief”), six entries on The Middle East broadly (such as “A Culture of Atrocity” or “Opium, Rape, and the American Way”) and finally 15 essays packaged under “The Decay of Empire” (including “We Are Breeding Ourselves to Extinction” and “The American Empire Is Bankrupt”).

My eagerness for the book quickly soured. Hedges takes little time to alienate many readers, calling his columns “sermons” and himself a “minister” and noting that “[s]ermons, when they are good, do not please a congregation. They do not make people happy … I write not with the anticipation of approval but often of hostility.” To that end, he derides contemporary media members as “lack[ing] a moral compass,” calling them “nothing more than courtiers to the elite, shameless hedonists of power, and absurd court propagandists.” Ironically, because his book is filled with unconditional language and an I’m-right-you’re-wrong attitude, he’s the one who comes across as myopic.

Hedges spends most of his book espousing in absolute terms doomsday prognostications for the United States’ future. In the first few pages he spews fear-mongering rhetoric: “Our way of life is over,” “poverty and despair will sweep across the landscape like a plague,” “[o]ur empire is dying,” “America is devolving into a Third-World nation,” etc. He subsides on controversial vocabulary like “totalitarianism,” “propaganda,” “corporate elitism” and “puppetry.” The much-too-strong language holds Hedges back from being taken seriously, which is unfortunate, because a close read reveals that his criticisms are not partisan or incoherent (as may be true of others who write in a similar style). Indeed, he caustically attacks both Democrats and Republicans, Barack Obama and George W. Bush, The New York Times and Fox News, and so and on. While this is a refreshing dose of nonpartisan criticism, it comes across as bombastic and self-righteous rather than helpful or illuminating. It’s Hedges’ way or the highway. Perhaps this impression results because the book is comprised of isolated blog entries – oftentimes written months apart – crunched together, one after another. That is, in small doses Hedges’ near-radical language may very well be tolerable and indeed could derive strength from its brevity. But when several strong, repetitive entries are presented as one, the work as a whole suffers and becomes more of an assault on the reader’s sensibilities.

That’s not to say the book is meritless. Hedges writes with clarity and skill throughout. When he’s not prophesying about the downfall of America, Hedges reveals the journalistic prowess that garnered him awards. One particularly striking chapter is “Israel’s Barrier to Peace,” which comes midway through the book in the “Israel and Palestine” section. The chapter is bold and riveting: Bold because it is staunchly un-American in championing the Palestinian cause while casting Israel’s treatment of erecting a wall along the West Bank in an arguably evil light; riveting through its graphic and human portrayal of the Palestinian lives affected by the wall. Hedges expertly explores and weaves together the human stories often lost in discussions about the longstanding conflict. His beautifully tragic descriptions of the landscape and heart-wrenching stories of lost homes and lives prove poignant and memorable. Unfortunately, these engaging and profound chapters are few and far between, hidden among the repetitive radicalism that saturates the rest of the work.

Excerpt: The daily bleeding of thousands of jobs will soon turn our economic crisis into a political crisis. The street protests, strikes, and riots that have rattled France, Turkey, Greece, Ukraine, Russia, Latvia, Lithuania, Bulgaria, and Iceland will descend on us. It is only a matter of time. And not much time. When things start to go sour, when Barack Obama is exposed as a mortal waving a sword at a tidal wave, the United States could plunge into a long period of precarious social instability.

At no period in American history has our democracy been in such peril or has the possibility of totalitarianism been as real. Our way of life is over. Our profligate consumption is finished. Our children will never have the standard of living we had. And poverty and despair will sweep across the landscape like a plague. This is the bleak future. There is nothing President Obama can do to stop it. It has been decades in the making. It cannot be undone with a trillion or two trillion dollars in bailout money. Our empire is dying. Our economy has collapsed.

Lee Linderman holds a J.D. from the University of Southern California and degrees in creative writing and history from Northwestern University. In August, he begins a judicial clerkship with the Hon. Christina A. Snyder in the Central District of California.