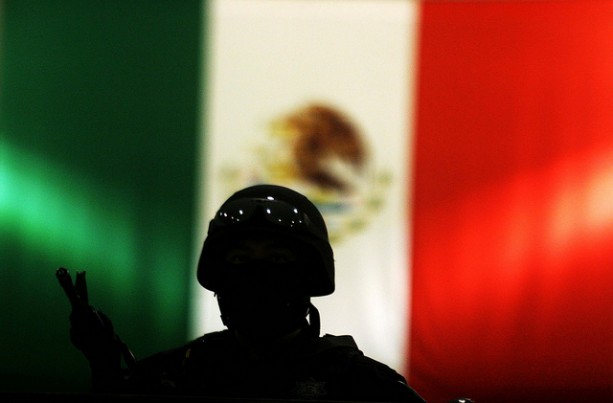 As Mexico struggles with a drug trafficking epidemic, high poverty rates and other quality of life issues, former foreign minister Jorge Castañeda sees a “disconnect between Mexico’s national character and its current reality.” In his new book, Mañana Forever, Castañeda describes the contradictions inherent in modern-day Mexico and explores potential future outcomes. Castañeda visits Zócalo on June 3 to discuss the Mexico paradox and where the country is headed. 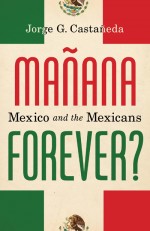 Few countries have devoted so much time and energy as Mexico to dissecting and debating, to hailing or regretting their “national character.”

Our obsession with who we are, and why, is endless and constant. It is not only ours. The number of foreign “regards” of Mexico is lengthy indeed: from Ambrose Bierce to Walter Lippmann, Cartier-Bresson to Jacques Soustelle, from D. H. Lawrence to Graham Greene, from Oscar Lewis to Tina Modotti, Edward Weston, B. Traven, and Leon Trotsky, from Sergei Eisenstein, Luis Buñuel, and Elia Kazan to John Reed and Jean Le Clézio. Mexican poets, novelists, anthropologists, sociologists and journalists, politicians, and painters have all delved into the Mexican soul, hoping to discover the Rosetta Stone that will finally decrypt and reveal the unpolished jewel of Mexican identity that so attracts admirers, discourages skeptics, and systematically fascinates and thwarts academics.

This is not a book about the Mexican national character, but about some of the country’s most distinguishing origins or features, and their consequences. It is about their contradiction with the daily reality of a society ever more removed from an initial series of national traits that rendered it so endearing and frustrating to Mexicans, no less than to foreign visitors, travelers, retirees, or adventurers. It is essentially an attempt to explain Mexico to Mexicans, and to Americans. It seeks to explain why the very national character that helped forge Mexico as a nation now dramatically hinders its search for a future and modernity. While clearly in a country as regionally, ethnically, and socially diverse as Mexico such generalizations are perilous, shared cultural, historical, and geographical experiences do nonetheless create shared characteristics. A discussion of national character as a whole has obvious limitations and is inevitably superficial, leading to a turgid academic debate that this book seeks to avoid. As recently as 2007, Alan Knight, the outstanding British historian of the Mexican Revolution, pointed out the difficulties and contradictions of working with notions such as a Mexican “national character,” preferring terms like “objective and subjective national identities.” We have no dog in that fight, and will limit ourselves to working with the terms used often interchangeably here.

The traits we will address are not exactly those stereotypes understandably offensive to Mexicans: lazy, irresponsible, violent, or despondent. Nor are they mannerisms often linked to Mexicans though hardly restricted to them: machismo, a different sense of time, or a special feeling of uniqueness embodied in what José Vasconcelos called our “cosmic race.” Furthermore, this contradiction between the cultural traits and the reality of the country is by no means its only obstacle to full-fledged modernity. But it is, in our view, the most crucial. Others have written about the lack of a democratic tradition, corruption, the enormous concentration of wealth and power in the hands of very few, the negative impact of living beside a neighbor such as ours or, conversely, the poorly exploited benefits of contiguity with the United States. The purpose of this exercise, as the Coen brothers’ Big Lebowski might have said, is to determine what “ties the room together.” It is the disconnect between Mexico’s national character and its current reality.

The book is organized by contrasts. One chapter seeks to describe, substantiate, and probe a particular trait of the national character; the following chapter attempts to confront that trait with the description of a central feature of modern Mexico that contradicts and invalidates the previously depicted trait. It hopes to show how that specific trait is no longer viable in today’s Mexico, and has become a major obstacle to its progress. Each trait is derived from three “fonts of wisdom”: the classics, the numbers, and the author’s own experience. What makes the three sources appropriate and useful is, precisely, their diversity.

First, the classics. Rarely has a country devoted so much intelligence, hard work, speculation, and soul-searching introspection to identifying its identity. As far back as a century ago, and as recently as two decades past, the examination of the Mexican soul has consumed poets like Octavio Paz, novelists like Carlos Fuentes, essayists like Jorge Cuesta, Alfonso Reyes, Samuel Ramos, and Salvador Novo, dramatists like Rodolfo Usigli, psychoanalysts like Santiago Ramírez and Jorge Portilla, anthropologists from Manuel Gamio and Miguel León-Portilla to Roger Bartra,MauricioTenorio, and Claudio Lomnitz, sociologists from Guillermo Bonfil to historians like Edmundo O’Gorman. They have nearly always disagreed on details, devoting interminable pages to highly specialized-on occasion arcane-polemics, yet at the same time their research and reflection have had the same fundamental object. They cannot be lumped together into one single corpus of theory or description, but viewed from outside the specialists’ realm, they share enough conclusions so as to suggest something of a consensus. We shall select and study a few of those consensual traits-acknowledging that there are many others, far less unanimous-by taking the experts’ common viewpoints at face value. In many aspects, though not in all, they got it right.

A second set of sources are the mountains of data that the classics partly lacked to buttress their ruminations, insights, and intuitions, but which would have confirmed them, had they been available. This is not so say that they based their views only on hearsay and impressionistic analyses-there was that, but also intuition, travel, study, experience. Still, Mexican society was, until the mid-1980s, a very opaque one from just about every point of view. Over the past twenty years or so, however, it has been dissected by innumerable polls, surveys, focus groups, microstudies, sponsored and carried out by public and private agencies, universities and marketing firms, political consultants and parties, international agencies and local scholars. The National Statistics Institute, founded in 1985, has only recently compiled comparable historical surveys, while national household income and spending studies are less than thirty years old. After years of living without polls other than for certain very specific marketing purposes-why bother with election polls when there are no real elections-Mexico has become a pollster’s paradise, partly thanks to the advent of modernity and democracy, partly perhaps as a result of a certain narcissism. There is no relation between the data available to the classics-even the most recent among them-and that which any student or candidate for office can retrieve today from almost infinite sources. This information is not always easily or accurately comparable in time and space; series are not uniform; regional perspectives are often unavailable; and, inevitably, there is a great deal of self-serving information culled from leading questions or foregone conclusions. Similarly, there are valid doubts and objections regarding the reliability of Mexican polling firms, especially in view of their relative youth and inexperience. This explains why we often quote or refer to several polls simultaneously, and why the data we cite should always be seen as indicative of trends, not as precise measurements. Nonetheless, this trove of facts provides the speculation of the classics with the type of solid statistical foundation that they were partly deprived of before, and which either would have made their ingenious intuitions impossible if wrong, or more reliable if right.

Finally, there is the vantage point of the author. It is the lot of millions of my compatriots now, before, and in the foreseeable future to find ourselves in a curious internal/external position. The latter lends itself to eternal ambivalence, which encourages insights and discoveries that others, too far removed or excessively entrenched in everyday life, cannot easily acquire or achieve. More than 11 million native-born Mexicans reside abroad; 300,000 to 400,000 depart every year, more or less for good; the country’s leading businessmen, intellectuals, scientists, writers, and artists have almost all studied, worked, lived, and triumphed partly outside their birthplace. But with a few notable exceptions that I would never hope to emulate, these remarkable and simultaneously detached Mexicans have not devoted their talents to crisscrossing the country, studying it, and organizing the product of their study in a layman’s volume such as this. Most Mexicans who have never left the country are too close to perceive and admit its weaknesses; those who permanently settled in the United States are in all likelihood too distant and critical of their homeland to penetrate its mysteries and be captivated by its enigmas. So a lifetime of traveling throughout Mexico, lecturing at universities, writing in the local media, visiting small communities, and speaking with social activists and professionals, all the while teaching and writing in the United States, may lend this author the possibility of seeing what some others do not. A nomadic childhood and university studies in the United States and France may also contribute to this perspective.