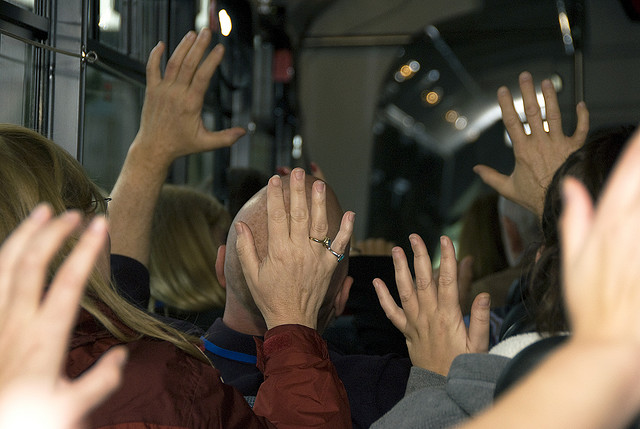 Inside Out is a new Zócalo feature that presents an outsider’s critique of where we live or who we are. In our first Inside Out, Uruguayan political scientist David Altman worries about California’s misplaced enthusiasm for direct democracy.

I have studied direct democracy for years, but I was still unprepared to encounter at a conference last year the anger and alienation of American activists who rely heavily on California’s initiative and referendum process. They loved direct democracy, as I would have expected, but what shocked me was that this love stemmed from their total disenchantment with the institutions of representative democracy. This worried me.

This worried me a lot.

To be hooked on direct democracy while being dismissive of a democracy’s underlying representative institutions is like saying you love cheese but can’t stand pizza. Initiative balloting can fortify and complement modern representative democracy, but it can’t substitute for it.

Americans may not know it, but direct democracy is growing worldwide – nations, states, provinces, prefectures and all kinds of other jurisdictions around the world are taken in by the legitimizing and seductive appeal of putting questions directly to the governed. When “the people” vote in an initiative or referendum, we might say that “the sovereign has talked.” We must bow before such unfiltered democracy.

Given the spread of direct democracy, it is disconcerting to think that some of its practitioners in California see it as some end-run around representative democracy. This is a terrible message to be sending less developed democracies. You can skip wired phone lines and go straight to cell phones, yes, but it would be erroneous to think you can skip past the creation of solid representative institutions and go straight to direct balloting as a viable form of governance.

As a Uruguayan living and teaching in Chile, I know firsthand that representative government helps make me free in both my countries, despite all its deficiencies. And as I survey the world, I understand that I can be perfectly free under a representative government (of the type envisioned by the drafters of the U.S. Constitution) without direct democracy (of the type America’s progressive movement later embraced). The world, in fact, is full of many cases in which great freedom and human happiness exist without direct democracy. But there is not one single case of a country where freedom flourishes on the basis of direct democracy absent solid representative institutions.

I define a mechanism of direct democracy as a publicly recognized institution where citizens decide or emit their opinion on issues – other than through legislative and executive elections – directly at the ballot box through universal and secret suffrage. Please note that this definition embraces cases as different as the Nazi annexation of Austria in 1938, California’s Proposition 13, a Uruguayan referendum to block the privatization of public companies, the Swiss popular initiative against the construction of new minarets, and Chilean dictator Augusto Pinochet’s constitutional reforms of 1980.

Appraisals of direct democracy thus generally depend not on abstractions but on the context – the how, why, where, when and what of a particular direct democratic action. Conveniently for direct democracy detractors and for its defenders, there are so many types of modern direct democratic actions, which have produced so many different results, that one can always find an example supporting whatever your argument happens to be. Put simply, being in favor or against the posing of questions depends on whether you like the answers.

There is no better place than California to appreciate the oft-distorted shape of the battle between direct democracy advocates and opponents. The Golden State’s Prop. 13 may be the most argued-over instance of direct democracy. It is present in virtually all American literature on direct democracy. But the broad claims about the measure – that it produced irresponsible policies, or that it gave people enormous protection against taxation – seem absurdly overdone.

Californians and other Americans eager to blame direct democracy for various ills would do well to look at other political practices for culprits. Campaign finance, for example. Your country’s court decisions permit corporations to spend what they wish in elections. The courts have also held that there can be no contribution or expenditure limits on direct democracy campaigns. Thus critics of direct democracy should aim their darts at the right target: perhaps it is the money, not the popular votes, that is at the root of the problem.

And those who see direct democracy as a way to resolve problems should be reminded that representative government’s shortcomings cannot be solved by democratic crowd-sourcing. Yes, in some cases, direct democracy deserves a try. But the devil is always in the details – the type of direct democracy action, the issue covered, the context in which a ballot measure is brought forward, the timing of the votes. Even “good” direct democracy is a risky game, which does not mean that we should avoid it.

We should be able to agree that direct democracy cannot replace representative government; it’s no Democracy 2.0. Representative democracy is freedom’s common predicate. Even direct democracy’s most avid fans in California must guard against the gradual erosion and vanishing act of its representative institutions. History shows that when countries lose their republican foundations, darkness ensues.