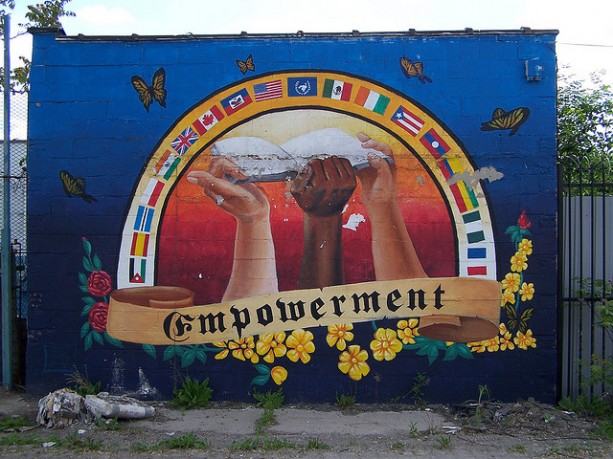 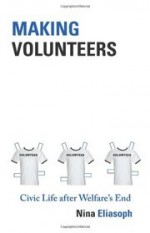 A robust civic life is essential to building a great country. It is no wonder, then, that former President John F. Kennedy’s call to the American people to “ask not what your country can do for you – ask what you can do for your country” still rings powerfully to this day. With a struggling economy, a broken health care system and economic bubbles popping left and right, the need for citizens willing to volunteer to help fix this nation’s ails is ever more crucial. But the question of how those volunteers can be most effective remains.

Most volunteers have probably found themselves asking the same question. Filled with passion and vigor to make a difference, they stride up to a nonprofit of their choice and willingly offer whatever time and resources they have. Once there, most are confronted not with the life-changing euphoric experience they imagine, but with a shadow of an experience that often pales in comparison to their ideals.

Making Volunteers sheds some light on the matter by diving deep into a constellation of youth programs. Author Nina Eliasoph, a sociologist at the University of Southern California, spent almost five years in Snowy Prairie, “a mid-sized city in the American Midwest,” where she embedded in various types of so-called “empowerment projects”: short-term, open-ended, what-you-make-it volunteer opportunities funded through multiple sources. Eliasoph was involved as a volunteer (working with the youth) and also as an adult organizer (interfacing with adults to help make the projects happen). Her conclusion is that the U.S. increasingly relies on these volunteer programs to achieve real societal change, but that they could be more effective with longer-term volunteer commitments, more careful planning and fewer financial and bureaucratic hurdles.

While in Snowy Prarie, Eliasoph was able to tease out the surprising complexity of such seemingly straightforward organizations. One such paradox includes what Eliasoph has called the “temporal discords” of empowerment projects: they use a customized doublespeak, hoping to convince their young volunteers of their potential. “’You are leaders’ means ‘we hope you eventually become leaders’; ‘we invite the community to attend this supper’ means ‘we hope that by attending this supper, you will eventually become a community,’” she writes. In the same way a priest may use the words, “I now pronounce you man and wife,” organizers use the declarative in the hopes of making true what they wish to happen.

Mismatched timelines also add to the confusion. Due to the short-term funding of empowerment projects, adult organizers end up brainstorming and applying for grants in the summer, then handing them off to youth volunteers that don’t arrive until the fall. In a logistical sleight of hand, the youth volunteers take up these projects as if they had planned them, while adult organizers are content to remain on the sidelines.

In another scenario, Eliasoph points out just how much empowerment projects smooth out the bumps of cultural and economic differences among volunteers and those being helped, though she reminds readers that sweeping those differences under the rug does not make them any less salient. One program puts together the at-risk youth alongside the relatively well off, but refuses to name them as such. (Within the context of empowerment projects, labeling was taboo.) Though not equals in any sense of the word, these two groups were expected eventually to be set on equal footing simply by working together.This taboo on labeling prevents volunteers from truly opening themselves to the group or gaining understanding of each other’s circumstances, Eliasoph argues. If the lesson was for the non-disadvantaged individuals to gain a better appreciation for the disadvantaged ones and vice versa, the lack of transparency and the constant walking on eggshells surely does not help. So by papering over differences among people, she concludes, leads only to a superficial understanding, which may or may not be enough to keep volunteers engaged in the process.

Making Volunteers details these and many other complex relationships and interactions, and the book provides some suggestions for improving the current empowerment project structure. Yet the book is by no means prescriptive; instead, it aims primarily to bring to light the intricate socio-political structure that underscores what many perceive as efforts fueled only by passion and emotion.

Eliasoph’s academic background in ethnography, the nonprofit sector and political structure shines through, helping her expose the complicated relationships embedded in this socio-political structure. Along the way, she introduces the reader to a host of characters and scenarios that can easily cause confusion, despite her best efforts. Expect to exercise a little patience and be willing to re-tread the content more than once. Eliasoph’s essentially ethnographic research is a rich, highly dense and enlightening tome that will help organizers more fully understand the motivations that undergird their efforts and what volunteers can reasonably expect under such circumstances.

Excerpt: Empowerment Projects aim to build leadership by drawing on leadership, building community by drawing on community, build good desires by drawing on desires that the person already feels. A second set of temporal puzzles arose when participants treated the lack of leadership, community, wholesome pleasures, and good choices as problems, and also as solutions to those same problems. To align these possibly discordant time lines, organizers riveted their attention onto a potential future, in which people already had a better community, already had made better choices, already were in touch with that inspirational inner ocean. In a game of temporal leapfrog, organizers asserted that participants were already doing good things, that community already existed, that youth volunteers were already having fun creating community. Leadership, community, fun, volunteering: the uses of the words became obvious in practice. Organizers hoped that telling a youth volunteer “you are a leader” would create a happily self-fulfilling prophecy.” It was a way of making tiny adjustments to the discordant time lines, as if, implicitly, most of life took place in “the future perfect” : The future perfect is a verb tense: will + have + past participle, indicating an action that already will have been completed at some point in the future: “this will have happened.” This implicit tense was a very predictable element of the organizational style-a clear pattern in the rug.

Carren Jao is a freelance art, architecture and design writer based in Los Angeles.