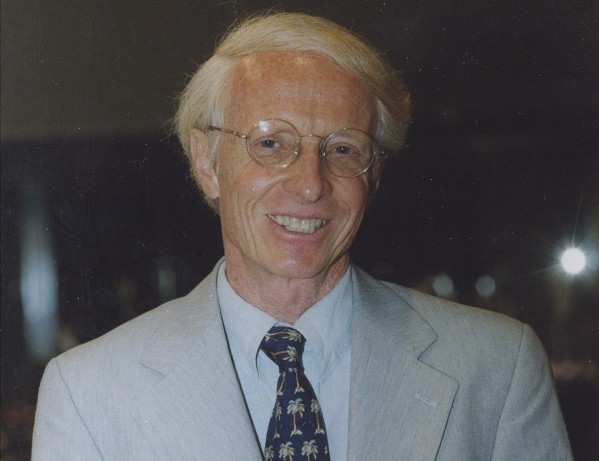 Bob Benson was a California original, and it seemed only fitting that his memorial service featured Frank Gehry in one row and a dozen cafeteria workers in the next. Loyola Law School changed their schedules to accommodate the workers whose causes Benson had so ardently championed.

Bob (he would correct you if you addressed him as Prof. Benson, one of his former students recalled) was born in Ohio, but he was a true Californian – cutting edge, eclectic, adventurous and passionate. He grew up in the San Fernando Valley, playing drums in the Krazy Kats garage band. He taught a course in global warming before most people had heard the phrase. He traveled the state interviewing wine makers and wrote a book about the art of wine. In his retirement, he studied immigration law to better help those in need of pro bono counsel, and when he died on June 16 he left unfinished a paper about fair trade coffee. 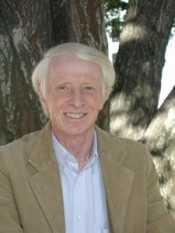 He believed authority existed to be challenged, rules should often be bent and self-satisfied liberals must be constantly prodded out of their complacency. He lived by his own strict moral code: His electric car (a rebuilt Karmann Ghia) routinely ran out of power a few miles shy of home on his nightly commute from Loyola to Calabasas. He would roll the car to the nearest home, scout out an outdoor outlet and quietly recharge the car. He viewed this as helping the unsuspecting homeowners do their part for the environment.

He considered the law a tool that ought to be used to help even the score for those who lacked power, and to that end he crusaded against legalese. He bestowed an annual Legal Gobbledygook Award and successfully petitioned the Los Angeles City Council to adopt a “plain English” ordinance.

Benson had strong opinions about how most things should be done and left specific instructions for his memorial, which took place last Friday. He wanted the service held at Loyola, so the cafeteria and custodial workers could attend. Many were in tears. Benson’s legacy – spiritual, emotional and physical – is most present at the school where he taught for more than three decades. He founded a summer program in Central America and a National Lawyers Guild project to use international law in the service of environmental and human rights causes. He advocated for the Loyola staff. (“Are you the new Bob Benson?” an administrator demanded of a junior professor who recently raised an issue about the cafeteria.) And his impact was and will be felt, unknowingly, by hundreds who study on the unconventional Loyola campus, a brightly-colored village of buildings designed around a central plaza.

Loyola (then called St. Vincent’s College of Law) opened in 1920 with night classes to accommodate working class students and a commitment to educate those whom many law schools excluded – Catholics, Jews, minorities and women. Immigrants, the American Bar Association then argued, lacked the moral character to join the bar. A decade later, the Jesuits renamed the school Loyola and moved downtown to be near the courts. By the 1960s, alumni assumed prominent positions around Los Angeles, and soaring enrollment sent the school packing again to its current site just off Olympic Boulevard across the freeway from Staples Center.

The Jesuit fathers had been in the vanguard. By the late 1970s, the power structure of Los Angeles looked like the faces of those who had once been shut out from the legal profession. Loyola’s enrollment quadrupled, and the school needed to commission a new campus.

Bob Benson was on the 1978 committee that interviewed architects. He was quickly drawn to an obscure artist just beginning to attract attention in architecture circles for his original, eccentric work. “I knew that the feisty little guy in the back room was beating up on the suits,” Gehry said at the memorial service, recalling Benson’s arguments with the conservative Loyola trustees. Benson prevailed, Gehry designed the campus and Loyola won international accolades, hailed by the New York Times as “a triumph in the art of place-making.”

Just days after Benson died, Gehry received a call from the American Institute of Architects, informing him they were honoring Loyola Law School on the 25th anniversary of the unique campus. He will share that honor, Gehry said, with Bob Benson, a man equally responsible for the school’s design. 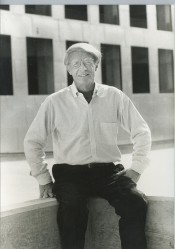 I first met Bob through my friendship with one of his daughters. I got to know him better when he organized a forum – at Loyola, of course – to discuss a book I wrote about, a work that both disillusioned and delighted him because it challenged conventional wisdom and dogma about a liberal icon, Cesar Chavez. As a self-described “acolyte and militant grape boycotter,” Benson said the book left him “wiser but deeply sadder.” He also loved that Loyola Law School was mentioned, albeit it briefly, and that young, fearless lawyers played a crucial role in the struggles and early success of the UFW. Those discussions offered me a glimpse of the rigorous intellectual who believed in challenging not only authority, but his own precepts as well.

When you live in the Northeast, as I did for many years, your friends in California try to persuade you that you are really missing out. That everything comes here first (for better and sometimes for worse). That you who worship the New Yorker cartoon map of the country are blind to the spirit and vitality and quality of life in the West.

Those arguments ring true because of people like Bob Benson. He personified much of what is best about California, the home he so enthusiastically embraced. He was uncompromising in his principles, but unfailingly polite; he handed cards to people who talked loudly on cellphones in public, asking them to stop. Zealous in his environmental crusades, he banned paper towels and napkins from his home. And he lived in a house built by the architect who became his friend. Frank Gehry designed the Benson House in two parts, the living area separated from the common space. Because the weather in Southern California was never too severe to discourage Bob from a midnight trek to fetch a snack, an excuse to walk from his bedroom to the kitchen and gaze up at the night sky.

Miriam Pawel is a Los Angeles-based writer and the author of The Union of Our Dreams – Power, Hope and Struggle in Cesar Chavez’s Farm Worker Movement.