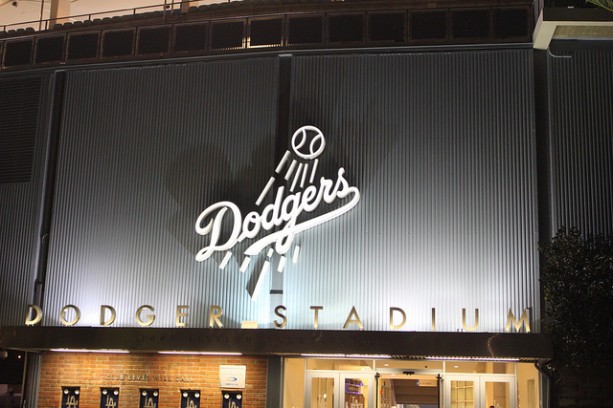 As the Dodgers’ tedious ownership saga nears its denouement, Dodger Nation stares into the abyss, bankrupt, dreading a dubious future. Yet I’m here to report, that handled correctly, this is pure gold. Say what? What has been an ignominious tumble down the NL West standings also places the team right in the sweet spot. Given some astute tinkering. To your future!

You may not feel it, but believe me, we huddle at the precipice of an opportunity to once again lead baseball’s evolution into modernity. To reshape the League landscape, unleashing a ground-breaking model that would place the Dodgers near the top of the payroll food chain, and yield a Dodger blood blueprint impossible to duplicate by any other team.

Not on this side of the Atlantic. For unrivaled future prosperity, we who pioneered the west, must look east. No, not Boston, that didn’t work. Farther, to the most dominant, glamorous, and lucrative sports franchises in the world: Europe. In particular, Spanish soccer. (Note: One needs not revere Europe, nor even like soccer, to proceed).

Throughout history, Real Madrid has amassed more Cups & Championships than any other team on earth. Spain’s national side currently defends the World Cup against all oncoming parade buses. Then there’s the latest universal class act of dazzle, FC Barcelona, a captivating side from an enchanting Mediterranean port that shares many cultural similarities to Los Angeles. Possibilities too.

So what’s the Magic Johnson winnin’ time recipe? A semi-public offering. Power to the People, right on! What, heard this vague general idea before? May be because the publicly owned Green Bay Packers (Titletown population 102,000) won the Super Bowl, inspiring ordinary folk to magical thinking. Why just recently our hapless City Council chimed in, lodging a quixotic plea to Congress, to force Major League Baseball, to hand the Dodgers over, to the council! Yeesh.

Now with bankruptcy breached, and Framie McCourt bottomed out, every pitchfork populist and self-styled e-con-o-mist has a ham-fisted Dodger Doomsday solution, clamoring to hold the conch and be heard. Present company included.

MLB’s already done the hard part, intervention. Presume that once today’s legal and bankruptcy madness concludes, the decks will be clear and the path wide open. But what next? Mark Cuban’s apparently above us. Nor have our city’s countless courtings of reluctant billionaire philanthropists borne any other fruit than helping said reluctant billionaire philanthropists to feel more sorely needed and beloved than ever. Awwww. So consider the following quasi-public option. Power to the people, sort of!

“Nyet!”, cries Comandaunt Selig, to purely public ownership. Which is why this magical thinking extends only to a point. Reserve a parcel of shares, say 20%, for the citizenry. But to be clear, carnival barkers united, this ain’t the French Revolution. It’s Montreal 1996, Commissioner Selig, remember? When MLB successfully took over a financially dysfunctional franchise, until an orderly transition was made, to a managing partnership approved by league owners. The commandment: adults must remain in charge.

Back to Shangri-la. Barcelona, like L.A., is a beachside metropolis of countless barrios, steeped in fine art, exotic food and love of good times. Sound familiar? Look in the mirror, see the secret.

Barça has dominated professional soccer for years. In a recent Euro Champions League Final with greater viewership than the Super Bowl, Barcelona made English lords Manchester United – at $1.8 billion, the world’s most valuable franchise – look like the Jamaican bobsled team. Barcelona also contributes the bulk of Spain’s winning World Cup squad. The club is at the height of its powers, passing, scoring, and defending circles around the world’s finest like no other team in the history of soccer. How? Sure, one could point to their stable of stars to attribute this era of brilliance, but it would be a mistake by half. The reason is the system. Financial structure.

And this, desert-wanderer Angelenos, is where the ark of our covenant resides.

Spanish fans play a vital if not commanding role in ownership. It’s what makes Barcelona’s “Blaugrana” and Madrid’s “Galacticos” truly “clubs.” And since the objective here is still the greater good of the team, let’s be Frank, er, candid: the bounty of fan loyalty has blessed each club with endlessly renewable, high nine-figure war chests, empowering them to capture every last free agent they wish. Hear me now?

Here’s how semi-public ownership could work. To start, MLB sells a controlling stake in the team, to a pre-selected consortium of qualified institutional bidders, via blind auction. Next charge the winners the prevailing new franchise fee. Voilà – your managing partnership of grown-ups.

Step 2, build a mezzanine level of second-phase ownership. Invite all the privileged Southland scions to put their money where their butts are and legitimate their claim on all those empty club seats. Start these “Benefactors” at say $10,000,000 minimum bid, Weeds out the riffraff, while incenting L.A.’s vast business and cultural machine to put up real skin, or sweat in line with the rest of us.

Then apportion the remaining shares – let’s say 20 percent – to their most deserving owners, perennial attendance champs, the fans of Los Angeles. Think Foreclosure, followed by renewal, at a gleaming park, amid a city, on a hill, in a ravine.

To do it, the renewed and true Los Angeles Dodgers of Los Angeles float say $400 million in common stock. If that figure sounds brash, note that Forbes Magazine estimates the club’s value, even in its current dreadful state, at $735 million. And if $400 million sounds too modest, well good. Always leave ‘em wanting, right? Caveat amateurs. A group of investors headed by Stanley Stalford Jr. has lobbied for total public ownership. But way over-reaches in proposing a microwave billion-dollar IPO. Easy, Junior. First buy us dinner.

At the auction, set the opening price at $50 per share, then ring that bell. And let the whole wide world get their mitts on a wafer of authentic Americana, the crown jewel of the National League. A piece of the team – for less than the price of a night at the ballpark. Purchase a single share and frame it for posterity, or pick up piles of ‘em, like USC fans, amassing imagined power and prestige. Sell shares locally, nationally, in the Dominican, heck let those Dodger-lovin’ emerging markets in on the new American dream.

The initial float alone would be more than adequate to liberate the organization from the McCourts’ stifling debt service. Which would instantly lift team payroll from its current 16th ranked $103,000,000, up to about a top 5 spot, at well over $125mm.

Without doing a single other thing.

Operating income alone will be nearly sufficient to run the club. Reserve equity, dilution, and assessment rights, and maybe spiff the place up. Encourage vainglorious strivers (Fight On, Trojans) to attain ‘senior’ rights by endowing, for a hefty price, every position on the diamond.

Custody the excess float, designate resources strictly for team operation and expansion, rather than real estate speculation and cosmology. Issue additional non-voting shares when opportune, and you’re looking at financial might reaching to the horizon. That’d raise the Dodgers comfortably, conservatively, to the $140-160 million annual payroll range, vaulting us right past the Mets, the once again Anaheim Angels of Anaheim, and the bloody Red Sox. Nearer to the rarified air of those blasted Yanks. Best part: the entire plan would be “revenue-neutral”, meaning we wouldn’t even have to dip into precious principal to do it.

Ownership shares to carry no loan provisions, since those are what got us into this predicament in the first place. (All right, 4th place). Forget dividends, means less profit motive (yes, I know, a little socialist) but results in an unalloyed focus on fielding the best team money can buy, housed in the finest facilities possible.

Okay, all of that could be undertaken privately. So why deal the plebeian fans in on the largesse? Because among other advantages, the Euro ‘club’ structure allows the Barcelonas of the world to charge light sweet crude annual membership dues from shareholders and subscribers. A modest burden assessed at the individual level, dues are easily recouped through insider discounts, player promos, and better seats. Note: Barcelona charges about $58 per year for membership, times several million ‘Socis’ and subscribers, a group that once, okay forever, includes Pope John Paul II. Which, uh, helps.

But here’s where the power of the club model truly asserts itself. Imagine some off-season, we covet the services of free agent galactico Albert Pujols. Or a front of the rotation starter. Now presume the cost is unsurprisingly dear. What to do? Roll the dice? Call Miss Cleo? Better. Simply take a vote, “Would Dodger Nation, throw in 3 bucks a head, to land Pujols? How about $2 for Roy Halladay? A buck to punk ARod?” If so, thy will be done. Greenlighted and accounted for just like that.

Sound improbable? It’s precisely the way clubs like Real Madrid and Barcelona dominate eras. Fans elect executives whose platform is to pull off certain moves. It’s how Real landed Mr. Posh Beckham. Sigh, Beckham. One glimpse of Madrid’s reigning heartthrob, Cristiano Ronaldo, and L.A. will surely declare, “Get us some o’ that!”

The vox populi would surely go for it. So should the mullahs at league HQ. Congress too, Inaugural management appointed by MLB, but later determined via ballot box. Of the people, by the people, for the people.

The team would once again thrive, as a proud and prosperous public trust. Setting a golden example for the sporting world to admire and envy, yet never ever hope to emulate. Why so impossible? Simple. Name one professional owner who’d give it all up? Crickets. To the fans? Pick yourself up off the floor.

Only the lowly can play this game, and baby our number’s up! Q.E.D. Now don’t you ever, stop, believin.

Jordan Wallens is author of Gridchronic. He has worked in the investment business for 17 years and lives in Los Feliz with his wife and son.