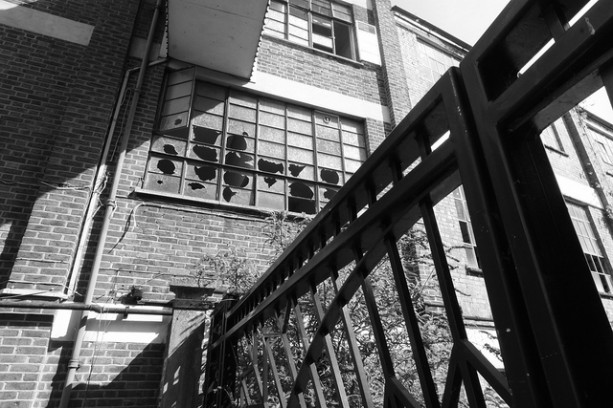 Wanted: Dynamic city manager with ability to motivate a demoralized workforce to deliver quality public services, while operating in crisis mode with no money. Must set a personal example of self-sacrifice starting with crushing hours and below-market compensation. Must be equally comfortable with a suspicious media and an aroused constituency. Exemplary integrity mandatory, fluency in Spanish highly desired. Apply to a committee of well-meaning amateur politicians who will evaluate you on the basis of keeping them individually, as well as collectively, happy.

There are half a dozen cities in Southeast Los Angeles in immediate need of someone answering to that job description. Half a million people live in our region’s “rustbelt,” a swath of non-descript towns that if you don’t live there, you wouldn’t have any particular reason to visit. Ever.

For the past twenty years, the rest of Southern California studiously ignored their political machinations – except as mildly diverting filler between traffic reports on news radio. “City manager indicted in Bell Gardens.” “Councilmember shot in South Gate.” “Mayor convicted in Vernon.”

Until the Soviets invaded in 1978, “Afghanistan” stood for the remote part of the world that, by definition, could never make the front page of an American newspaper. Four people killed in a car crash in your hometown was front-page news. Forty thousand Afghanis killed in an earthquake got two lines in “World Round-up.” For as long as anyone can remember, cities like South Gate were Afghanistan to the L.A. media.

Until Bell. Until a scandal was accidentally uncovered that was so grotesque that the whole nation paid attention, however briefly.

Read much about Bell lately? Didn’t think so. To its credit, the Times still churns out more stories on Bell in a month than it used to in a decade. But the mainstream Los Angeles media give more in-depth coverage to Westside restaurants than the hometowns of half a million Latinos who populate the hard-working underclass of our metropolis.

This being an era when most people are preoccupied with their own issues, it may be naïve to pretend that people would – or even should – care about whether kids in Huntington Park have after-school recreation programs, or whether there are enough cops to bust a drug house in Maywood. Not when everyone is fixated on “Carmeggadon.”

Still, the trash in those towns must be collected. The bad guys need to be arrested. And the kids should have fields to play soccer.

Good luck with that.

And if councilmembers and city managers can’t overcome long odds and make local government work at the heart of the most populous region of the ninth-largest economy in the world? Then we condemn a whole generation of prospective citizens to a future of stunted hopes, broken dreams and missed opportunities.

Of course, local government services aren’t working particularly well in vast sections of the City of Los Angeles either. As with the Dodgers, L.A. is becoming a textbook example of mismanaging world-class assets – or “brands” as we call them today.

But while leviathan scale and big city politics afflict Los Angeles, there are scores of smaller cities throughout Southern California successfully delivering high-quality public services at the neighborhood level – where it counts. The tragedy is that where such services are needed the most – in cities crowded with aspiring immigrant families – local government is barely functional.

This would be utterly depressing except for one thing. We’ve been here before.

A century ago, crusading journalist Lincoln Steffens wrote a book called, “The Shame of the Cities.” Still referenced in American history books, the bestseller catalogued the misery and corruption spawned by big city political machines. It helped spur the Progressive movement into a juggernaut of reform. The Progressives not only brought us the initiative, referendum and recall; they instituted city planning, public health departments, kindergartens, civil service protections, public utilities and the direct election of Senators. But in particular, “The Shame of the Cities” led to the creation of an innovative approach to local governance: the Council/Manager form.

It promised clean and efficient city government, freed from the grip of political bosses. Part-time citizen politicians would be confined to passing laws and setting policies. They would cede all administrative functions to a non-political “city manager.” What model did reformers look to for such a civic Galahad? Not to corporate CEO’s (those didn’t emerge until the rise of General Motors.) No, the first city managers were usually civil engineers, rational problem-solvers who applied “scientific management” to municipal challenges like crime, disease and poverty.

Ironically, the model never caught on in the biggest cities. Yet outside San Francisco and Los Angeles, it was almost universally adopted throughout California, where it remains in place today, reliably producing vital local services.

Irony of ironies, though, the Council/Manager form was twisted beyond recognition by Robert Rizzo, the wizard of Bell.

Rizzo exploited the system’s shortcomings when applied to managing the region’s rustbelt cities. While idealism fueled the pioneering city managers, gradually professionalism lured the most talented city managers to the cities that boasted the most financial resources. City managers in poor cities were too often inexperienced rookies or worn-out hacks. The hardest cities to manage were left to those least capable of managing them. That made them vulnerable to ruthless opportunists like Rizzo. This would have been disturbing – if anyone had been paying attention.

Few were – and now, these cities are in desperate condition.

Desperate situations arguably call for desperate measures. I’ve previously advocated putting these municipal basket cases into receivership, to be reorganized by the courts. That solution gained exactly zero traction. When the Attorney General timidly asked a judge to allow appointment of an “overseer” for Bell’s paralyzed city government (four councilmembers, the former city manager and former assistant city manager all under indictment), the idea was summarily dismissed.

Absent a modern-day Progressive Movement, is there any hope for another source of reform?

South Gate offers some hope. Before Bell, South Gate was ground zero for municipal corruption. Prior to going to Federal prison for looting nearly $20 million from that city’s treasury, Albert Robles briefly controlled a City Council majority and installed his choice for City Manager. Rampant abuses led to their ouster in a recall. The new Council implored the League of California Cities to come to their aid. A team of volunteers led by retired manager Gary Milliman did such an outstanding job of cleaning up the mess that he was asked stay on, even though he spoke no more Spanish than it takes to order tacos.

After restoring a semblance of normalcy to the stricken city, Milliman was succeeded by one of the profession’s bright lights, Dr. Ron Bates, a lifetime civil servant who’d also served as a mayor of an Orange County city and president of the Southern California Association of Governments.

Replicating the South Gate miracle, however, would require luring a steady stream of administrative saints to the Southeast cities. It’s a fond hope, but probably not a realistic one.

It might be more practical to build on Governor Jerry Brown’s brainchild when he was Mayor of Oakland. Mayor Brown created a military academy for inner city youth. Perhaps the State or some major foundation could train an elite cadre of ambitious young public servants to serve five-year terms as city managers in the rustbelt towns of inner city Los Angeles or the impoverished farm towns of the Central Valley. Upon completion of their service under those battle conditions, they’d be highly employable in more advantaged communities.

There may be other alternatives for tackling the hard, but vital work of city management in our toughest arenas. But what’s not acceptable is to throw up our hands or hide our eyes. Even if our collective conscience can ignore the blighting of kid’s lives in our region’s most blighted neighborhoods, our self-interest can’t. We can’t compete in the global economy if we hobbled by hundreds of thousands of non-starters. Police, parks, streets and libraries are hardly glamorous topics. But in poor cities they are vital lifelines.

Bell was a wake-up call. We hit the snooze button at our peril.

Rick Cole is the City Manager for the City of Ventura.The views expressed in this article are his own.