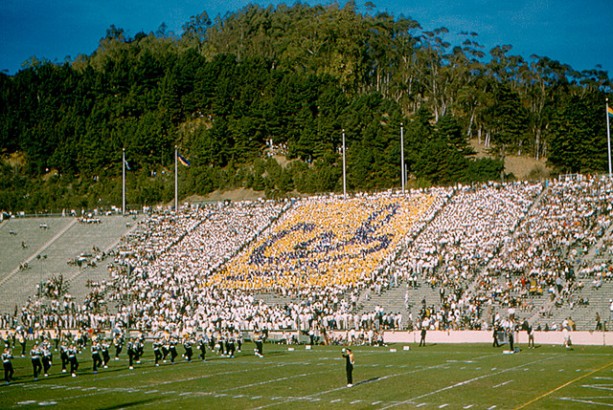 With California so low on cash, you’d think we’d be trying to find more out-of-state buyers for our goods and services. But we’ve largely overlooked one of the most obvious boosts we could be making to our exports: college educations for foreign students.

Now, if you ask most Californians about this, they’ll tell you that a university spot given to an international student is one taken away from a resident student. But, in fact, the opposite is the case. Welcoming more international students wouldn’t just juice our economy. Done right, it would also open up more educational opportunities for Californians.

First, let me explain the economics a little. Foreign students who get their education in the United States are actually helping us with our trade balance. The educational service they purchase gets categorized by the Bureau of Economic Analysis as an export, even when the service takes place here. In fact, education ranks sixth among our top services exports, even above entertainment. It’s a rare sector in which we’re running a healthy surplus, and it could be a lot larger.

But higher education exports are about a lot more than mere balance-of-trade numbers. If we were smart about it, increasing the number of international students could actually free up university places for resident Californians, too. That’s because international students get no financial aid from California. In fact, they pay more in tuition than it costs to enroll them. International undergraduate students pay a nonresident supplemental tuition of almost $19,000 at UC Berkeley, and that alone is more than enough to subsidize the full cost of educating of an in-state student. In short, the tuition of each international student could, in theory, cover the cost of a local student.

What’s more, international students don’t just pay for school. They also pay for things like housing, cars, food, movies–all of which tend to boost employment among the Californians who provide such things. That’s something we could use in these austere times.

The timing for such an expansion is auspicious. Countries such as China, India and Brazil are struggling to keep up with all the bright young students in need of university-level instruction, and California is particularly well positioned to help them address this need. The state has some of the world’s best universities, and they offer just about every sort of degree imaginable.

Most of us already know that famous places like UCLA, Stanford, and Berkeley are attractive to students from abroad. But international students have also flocked to the University of Southern California, the Academy of Art University in San Francisco, and many less prominent UC and Cal State campuses. Even community colleges have entered the game: Santa Monica College, De Anza College, Foothill College, Pasadena City College and Santa Barbara City College are some of them. These institutions earn higher fees and, often, enroll a greater number of motivated and capable students.

Because California’s schools are so eclectic, the state would benefit from having its higher education institutions–in cooperation with regional agencies, local governments and business–form a coordinated strategy to attract international students. Geographically and culturally, even California’s most famous schools are often a mystery to someone who has never been to the United States. There is no reason why an applicant from Sweden or India would be likely to know that, say, De Anza College is in the heart of the Silicon Valley. Even Berkeley and Stanford, while internationally prestigious, are not necessarily anything more than names for a typical international applicant.

To address this knowledge gap, schools could band together to create a shared marketing and advertising portal through which foreign students could access a comprehensive collection of information on Californian higher education institutions, locations, lifestyles and opportunities. A hub portal would clear up a lot of questions and direct students to the most promising places. It would also remind them that California is about more than beaches, Hollywood, and Silicon Valley. A choice of all sorts of climates and cultures awaits them.

With so much of the world waking up to the market for higher education, it’s way past time California got more into the game. Recently, when New York City mayor Michael R. Bloomberg pledged $100 million in “infrastructure upgrades” to any university willing to establish a “world-class” science and engineering campus in New York City, his office received 18 expressions of interest from academic institutions–including Stanford and the Indian Institute of Technology in Mumbai. This effort follows similar efforts in China, Singapore, Qatar, the United Arab Emirates, South Korea, Malaysia and a number of cities in the European Union. Higher education hubs have been mushrooming all over the world. California has a lot to gain from this new trend, both in revenues and in promising minds from around the globe. It just needs to seize the chance.

Cécile Hoareau is a Fulbright postdoctoral fellow at the Center for Studies in Higher Education of the University of California Berkeley. She is also co-author, with John Douglass and Richard Edelstein, of a recent paper entitled “A Global Talent Magnet.”