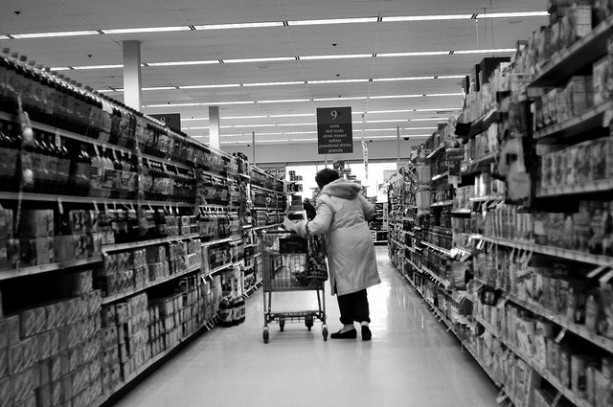 In a blind time, the oceans and deserts burn and keep on burning.

Meanwhile, the forests drop their birds–fallen prophets. We float

along the supermarket aisles like gondolas in a fluorescent fog,

and the sun grows warmer–we plan our lunches and meetings

and golf games, we drive the children to school and ourselves to work

that goes somewhere–somewhere--, checking tasks off our lists, trusting

in the system. Meanwhile, the system has failed us and we

have failed the System. What comes first, the chicken or the egg-–

Meanwhile, the world burns and keeps on burning. Meanwhile,

feedlots are steaming and lowing–slaughterhouses stink of the dead and dying.

Meanwhile, we raise our flutes and toast “the future”. We trust in the future,

we’ve failed the System. And it seems the future, too, has abandoned us, even

as we bore into it, hell-bent on salvation. The future has left us

to our own devices. Meanwhile, we send the children out into the smoldering world.

They don their helmets, straighten their spines, square their shoulders–

little soldiers–, as if they could save us–as if the future would want us back–

Born in Kobe, Japan, Mari L’Esperance is a Hapa poet whose first full-length collection The Darkened Temple was awarded the 2007 Prairie Schooner Book Prize in Poetry and published by the University of Nebraska Press in September 2008. An earlier collection Begin Here was awarded a Sarasota Poetry Theatre Press Chapbook Prize. A graduate of the Creative Writing Program at New York University and a recipient of fellowships and grants from The New York Times, Hedgebrook, and Dorland Mountain Arts Colony, L’Esperance lives and writes in the San Francisco Bay Area.