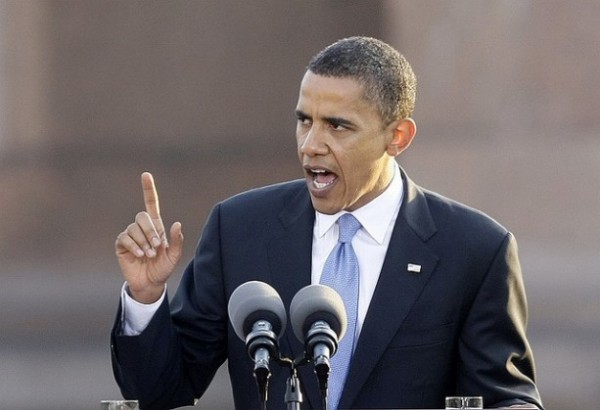 As the son of a black Kenyan and a white American, President Obama is biracial. As a symbol of our times, he’s also called post-racial. On his census form, he classifies himself as black. Whatever he is, the categories obsess many Americans. So in advance of Randall Kennedy’s visit to Zócalo, we put the question to some leading academics: Is Obama black, bi-racial, or post-racial?

Obama is black, first and foremost because he looks black. That alone triggers all of the reflexive prejudice and animus that define the black experience in the United States. One could engage in a philosophical discussion on the nature of racial identity, personal affinity, culture, etc., but for practical purposes, races are a product of racism and racial habits–not the other way round. And racism is rather crude and simplistic. The typical racist identifies and hates black on sight–he doesn’t care about the complexities of mixed parentage, Ivy League education, or immigration status. And even non-racists reflexively assign people a racial identity on sight.

Because race is a social category and not a biological or genetic one, Obama’s mixed parentage does not determine his race. Mixed parentage may influence one’s appearance, and a person whose appearance is racially ambiguous can influence how she is perceived. In such instances, race may be a question of personal affiliation to some extent. And mixed parentage may influence how one chooses to identify. But for the most part, society assigns us our races. At any rate, Obama’s appearance is not ambiguous, and he unquestionably identifies as black.

Obama could be called post-racial in the sense that he was not confined by America’s typically rigid racial divisions and attracted voters of all races. But, of course, non-white voters have always supported politicians of other races. So part of Obama’s success is a story of changing racial attitudes among whites, and part of it is a story of changing racial demographics and the growing importance of non-white voters. That may signal that old rigid racial divisions and hierarchies are breaking down. But they certainly haven’t broken down yet. Until they do, people like Obama will be black.

Richard Thompson Ford is professor of law at Stanford Law School and is the author of The Race Card: How Bluffing About Bias Makes Race Relations Worse and of the forthcoming Rights Gone Wrong: How Law Corrupts the Struggle for Equality.

President Obama is black. That is certainly how the vast majority of Americans from all racial groups view him. Unfortunately, it is also how increasingly shrill political opponents portray him, as they attempt to discredit the President using the vilest racial stereotypes. The increasingly racialized rhetoric surrounding the President, much of which borders on outright racism, reinforces the reality that for African Americans in particular, as many sociologists have shown, the “one-drop rule” still applies. Ironically, despite the brutal racialized discourse that surrounds the President, his multi-racial heritage as well as his success in being elected President is used as evidence of America’s evolution into a post-racial society.

It is an illusion that we live in a post-racial America. One’s life chances are still, on average, disadvantaged by being black, Latino, or Asian-American. Market discrimination against people of color is still a reality, even for the well-off and well-educated. The black poor, for example, find themselves in conditions of greater deprivation now than at any time in the recent past. Racial inequality remains a brutal fact of life in this country–one aggravated, to be sure, by the intersection of race, class, and gender.

The interracial political unity that is supposed to herald a truly post-racial society also does not exist. Recent survey research conclusively demonstrates that blacks and whites in particular remain bitterly divided about the beliefs they hold about politics. Indeed, the continued chasm between black and white political opinion reflects the fragility of the illusion of national interracial political harmony. The spectacle of Obama’s election and inauguration reinforced the illusion that we live in a post-racial America. Yet racialized gender stereotypes are still all too capable of generating images in too many white Americans’ minds of thuggish black males and black welfare queens–images that are used by the worst of the President’s opponents to vilify him.

We cannot allow ourselves to forget that the stunning success of some Americans of color does not negate the fact that there remain in place systems of disadvantage that not only put individuals and communities at risk, but also undermine American democracy for all of us.

Michael C. Dawson is the John D. MacArthur Professor of Political Science and the director of the Center for the Study of Race, Politics and Culture at the University of Chicago. He is the author of the forthcoming Not In Our Lifetimes: The Future of Black Politics.

Leaders, to paraphrase Martin Luther King, should be judged “not by the color of their skin, but by the content of their politics.” Obama’s politics are center-right, accommodationist, and “pragmatic.” This explains why he is morphing into Obamabush and expanding American imperial ventures, deferring to Wall Street, crafting Republican-lite economic policies, and showing little spine in defending a progressive agenda. His election, then, was not a ‘‘miracle’’ or a watershed event in the nations’ history. Obama’s ascent to the (still) White House is part and parcel of forty years of transition from the Jim Crow order to a new racial regime. Obama represents the sedimentation of a higher stage of the “new racism,” one described by Dylan E. Rodríguez as a “multiracial white supremacy.” In the new phase of racial regulation, the old sins–imperialism, neoliberal capitalism, and the racial order–work best in blackface.

Obama’s racial compromise (avoiding race and diffusing controversy when racial incidents occur)–an approach in keeping with his life experiences and consonant with the views he espoused in The Audacity of Hope and in the campaign–has nullified the possibility of deep and meaningful discussions on race. Hence, today it is more difficult than in yesteryear to address racial matters and to enact policies to remedy racial inequality. The only conversation we are having about race these days is about the Tea Party, a conversation that leaves out of the analysis that eighty percent or so of white America clings to the view that racism is about “those people” rather than a systemic problem in the nation. Accordingly, appropriating Michael Jackson’s lyrics to make my point, “It don’t matter if [Obama is] black or white [or biracial or post-racial].” What matters is the problematic content of his politics!

Eduardo Bonilla-Silva is professor of sociology at Duke University. He is the author of several books including Racism Without Racists: Color-Blind Racism & Racial Inequality in Contemporary America.

Since announcing his candidacy for the presidency, Barack Obama has sought to maintain a “race-neutral” agenda dedicated to the transcendent value of equity and justice. In the public imagination, this has been crystallized in the concept of “post-racialism.” Yet some black public figures, particularly individuals seeking elective office, studiously avoid or minimize the topic of race in order to appeal to a larger white constituency. Moreover, Obama’s ability to draw on his racial whiteness enhanced his appeal. He frequently reminded voters of his white mother and grandparents, as well as his white uncle, a World War II veteran. The image of Obama’s white relatives sitting in support of him at the 2008 Democratic National Convention was one of the more remarkable moments underscoring his historic significance.

The immediacy of Obama’s interracial parentage, along with his transnational experience of being reared in Hawaii and Indonesia, by his white mother and her relatives, along with his Indonesian step-father, has imbued his consciousness with a broader vision and wider-ranging sympathies in forming an identity. This in turn enhances his image as the physical embodiment of the principles of equity and inclusiveness. Yet Obama has never said he identifies as multiracial. This was underscored when he checked only the “Black, African American, or Negro” box, rather than multiple boxes, on his 2010 census form. In the media, and more generally, Obama is considered black or African American.

Indeed, Obama’s extended interracial family and presentation of himself as an African American who is comfortable acknowledging his multiracial background and experience enhanced his ability to make a wide range of individuals feel comfortable with him and was instrumental in helping him build an impressive voter coalition. Yet for all his hybridity, Obama’s identity is situated in the black community and extends outward from that location. This differs from a multiracial identity, which manifests itself “betwixt and between” the boundaries of traditional U.S. racial groups. It extends outward from this liminal location depending upon individuals’ orientation toward the groups that compose their background.

It is impossible to overstate the significance of Obama’s election to the nation’s highest office. It demonstrates the considerable gains Americans of African descent have made since the 1960s. Yet the Obama phenomenon and its espoused race-neutrality all too easily obscure the fact that blacks overall have fewer years of education, shorter life expectancies, and overall lesser wealth and quality of life. These social indicators were exacerbated by the “Great Recession” from 2007 to 2009, which disproportionately affected blacks and Latinas/os in terms of unemployment and foreclosures. President Obama has avoided endorsing race-based remedies as a means of dealing with this issue, indicating, rather, that they would be addressed with universal programs.

Notwithstanding his commitment to race-neutrality, Obama’s ascent to the nation’s highest office has engendered a sea of white anxiety and, in the extreme, white rage, whether implicitly or explicitly expressed in racial terms. The white racial hysteria that has swept the nation since Obama’s election is illustrative of the lack of civility endemic to U.S. society, particularly in the political arena. It is embodied, for example, in various aspects of the Tea Party Movement and similar developments, however much these sentiments are framed in supposedly race-neutral protests assailing big government and corporate taxation.

The shortcomings of Obama’s race-neutrality were made apparent in recent comments by Representative Maxine Waters (D-CA) of the Congressional Black Caucus. Waters criticized Obama’s persistent refusal to implement initiatives that address the depression-level unemployment among African Americans. Indeed, Obama’s race-neutrality and its postracial appeal has become a means of erasing racial distinctions and deflecting public attention and policy away from tackling continuing racial inequities. There needs to be a greater commitment to aggressive initiatives ensuring that racial distinctions have considerably less significance in determining people’s wealth, power, privilege, or prestige. This would be a prerequisite for nurturing a genuinely postracial society.

G. Reginald Daniel is professor of sociology at the University of California Santa Barbara. His research and teaching interests include race and ethnic relations and general cultural analysis.

He is all of the above, and none of the above, depending entirely on the context of assessment. According to American tradition, he’s “black,” and he has obligingly said so himself, even though that’s not all he is. Biologically, he is most definitely “bi-racial,” if by that we mean he is the descendant of more than one of the population groups we have long called “races.” But again, that’s not all he is. He is “post-racial” in the sense that he recognizes–and, for millions of Americans, embodies–the truth that that the physical marks of descent don’t fully define us and that we can work across all color lines. But that’s not all he is, either: he can be post-racial, bi-racial, and black all at the same time, depending on the frame of reference.

David A. Hollinger is Preston Hotchkis Professor of American History at the University of California Berkeley.